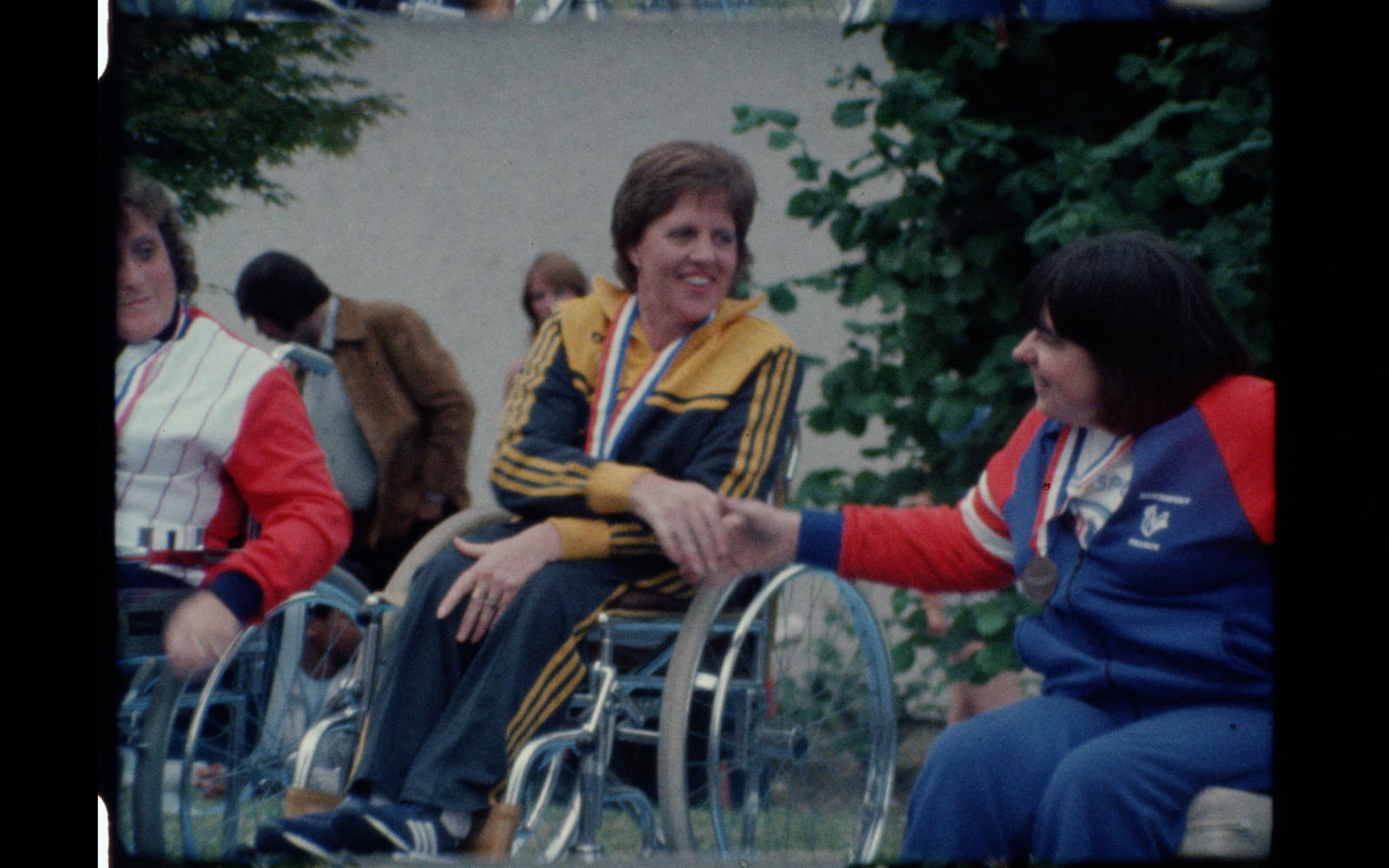 In 1984, Libby Kosmala put her name to one of the most dominant performances by an Australian athlete at any Paralympic Games.

What followed at her fourth Paralympic Games would go down in history – but it very nearly didn’t. You see, mere months before the Opening Ceremony, the University of Illinois terminated its contract to stage the 1984 Paralympics. It was only in a last-ditch effort to save the Games that Long Island, USA, and Stoke Mandeville, England, agreed to share the responsibilities – Stoke Mandeville would host the athletes with spinal cord injuries who competed in wheelchair sports, with everyone else making their way over to the Big Apple.

“We were supposed to have our Games in the USA and they ran out of money,” said Kosmala in an interview with Nikki Henningham for Paralympics Australia’s oral history project. “But the dear English said, ‘We’re not going to see an Olympic year go ahead without the Paralympics taking place too. We will put on the Paralympics’.”

Despite the shake-up, Kosmala was familiar with the shooting range in Stoke Mandeville, and this proved to work in her favour, medalling for gold in all four of her events, and breaking the world record in every single one.

“I was not expecting to win gold, not at all,” Kosmala told Paralympics Australia in an interview last year. “The Games being moved to Stoke Mandeville was such a disruption, but because I had shot there two or three times before, I knew the staff, I knew the organisers. I truly felt at home. It made everything much, much easier.

“However, it is all very well to say that you knew the range. You have to be in top condition to shoot well, and in 1984, I was prepared. Really prepared. It was a competitive field, but I was ready.”

Shooting better than she ever had, Kosmala’s performance even more impressive when you realise it came off the back of a 12-month hiatus.

Kosmala went on to represent Australia at another eight Paralympic Games, winning three gold and one silver medal in 1988. At her 12th Paralympics Games in Rio in 2016, Kosmala was the oldest competitor from any nation and finished 18th and 37th in her two events, at the age of 73.

To read more about Libby Kosmala and some of the other icons of our movement, visit paralympichistory.org.au.