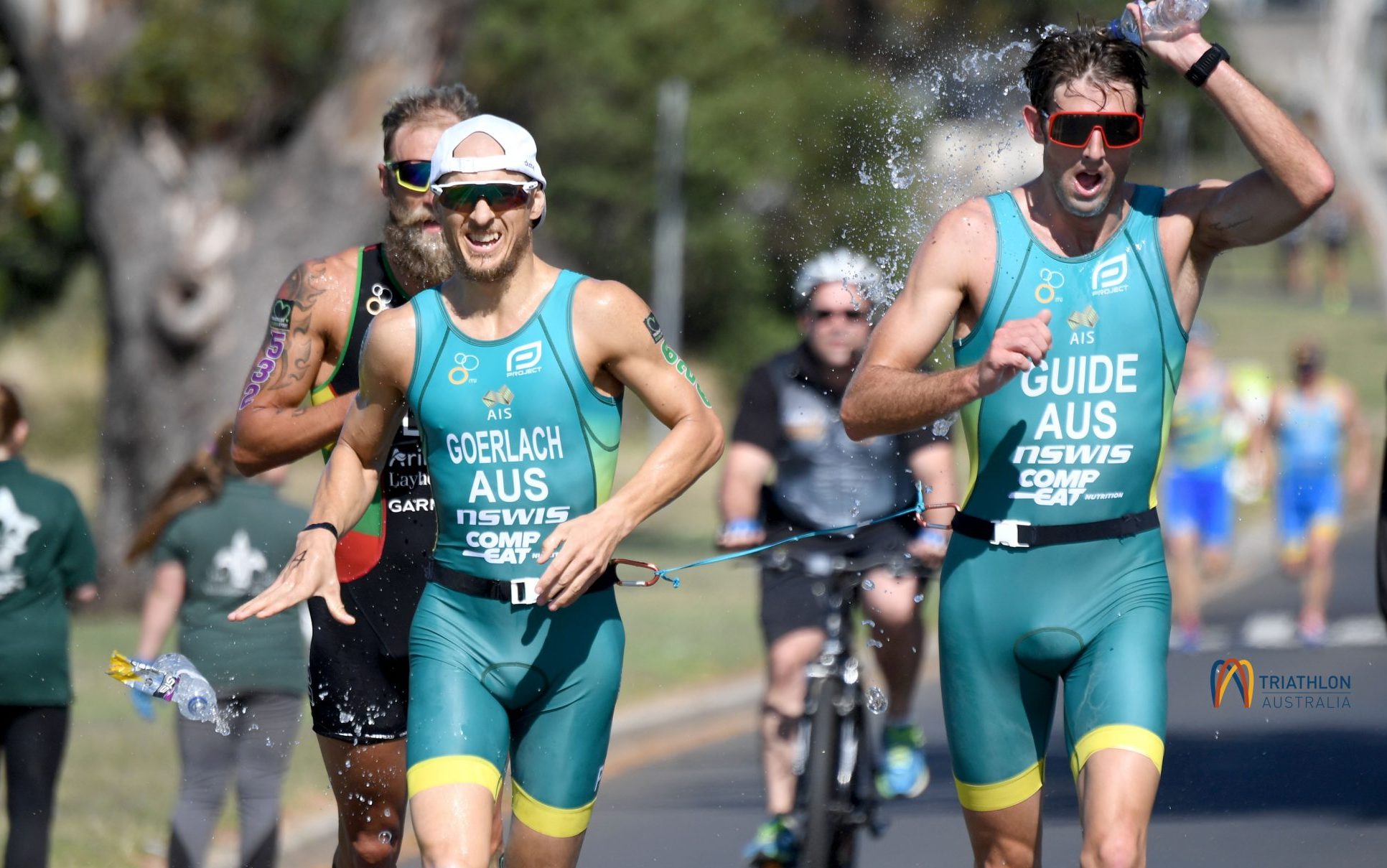 In gusty conditions, Australia’s top Para-triathletes have proved they can hang with the world’s best, scoring a total of seven medals at the 2020 World Para-triathlon Series (WPS) in Devonport, TAS, on Saturday (29 February) afternoon.

In just her fourth WPS appearance since her return to racing last February following the birth of her son Henrik, Naess dominated her class to claim the win in 1:12:46.30, in what she says is one of her strongest performances to date.

Speaking to Triathlon Australia, Naess said that she is “really happy” with where her performance is at.

“To be honest, I think that’s one of the toughest courses I’ve ever raced on.

“It’s always great to come to Devonport, but it’s always a bit of an unknown of what the conditions are gonna be, so it was quite testing out on the bike, really just holding it there.

“On the run, I just really had to stay in the moment and get through it. I think it was probably one of my best runs to date, and that’s what I came here for.”

Holding a comfortable lead right after exiting the water, Naess looked in her element as she stormed home to gold, just under four minutes ahead of second-placed Alisa Kolpakchy (UKR). Hungary’s Petra Levay rounded out the podium in third.

Lauren Parker and Emily Tapp put together storming performances in the women’s PTWC, going one-two on the podium for Australia.

After taking advantage of the choppy surf swim with a sizeable lead over Tapp, Parker powered through the bike to put three minutes between her and her nearest competitors heading into the run.

With Parker’s gold medal all but a certainty, Tapp put down a phenomenal run leg to chase down the field and secure the silver medal behind Parker. The Netherland’s Margret Ijdema rounded out the podium in third.

Jonathan Goerlach (PTVI) got his 2020 season underway with a bang, claiming another gold medal for the Aussies.

Despite coming out of the swim well down on the leaders, Goerlach and his guide, Sam Douglas, worked hard on the bike to head out onto the run in fourth. Running hard against the wind, the Wollongong-based athlete chased down his competitors to take home gold and secure valuable Paralympic qualification points. Countryman Gerrard Gosens finished a respectable ninth.

In the men’s PTS5, David Bryant strung together a formidable swim and bike to take home the silver medal behind Austria’s Guenther Matzinger, while five-time World Championships medallist Sally Pilbeam claimed bronze in the women’s PTS4. Exiting the water in second, Pilbeam fought hard against the blustery conditions on the bike and run to take the final podium spot behind Elke Van Engelen (GER) and Mami Tani (JPN).

Nic Beveridge powered home to a bronze medal in the men’s PTWC after a challenging bike leg, with Glen Jarvis, Clint Pickin and Liam Twomey placing fourth, sixth and 10th in the men’s PTS4.