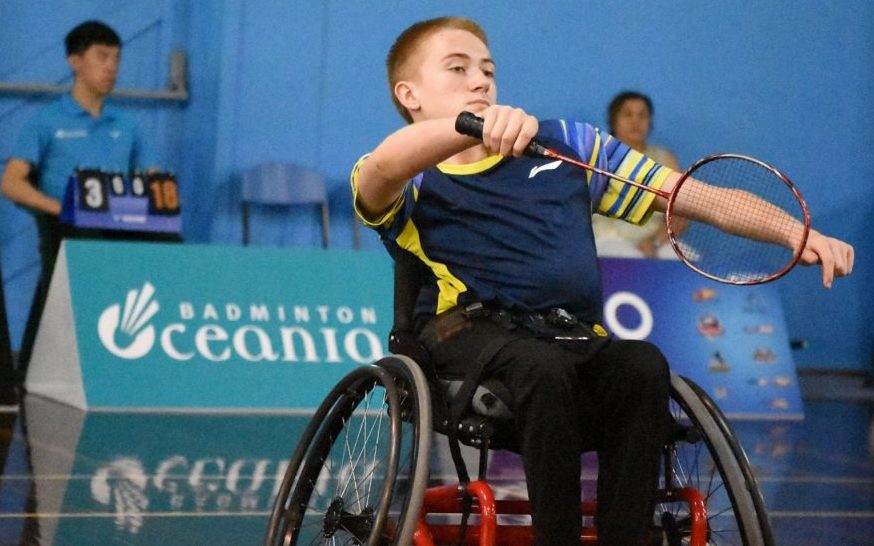 For the first time, the Oceania Para-badminton Championships were run alongside the able-bodied men’s and women’s teams events, and it proved a winning formula for event organisers. Although the results were mixed for Australian players, the tournament was a great showcase of the growth of the sport in the Oceania region.

It was an all-Aussie affair in the mixed singles WH1, featuring young gun Lochan Cowper and Richard John Davis, who upset No. 1 seed Duke Trench-Thiedeman earlier in the semi-finals. The match was Cowper’s with a comprehensive 21-14, 21-10 win.

In other results, Kiwi duo Corrie Robinson and Carrie Wilson were too strong for Rod Ranstall and Celine Vinot, taking the mixed doubles SL3/SL4/SU5 final 21-10, 21-19.