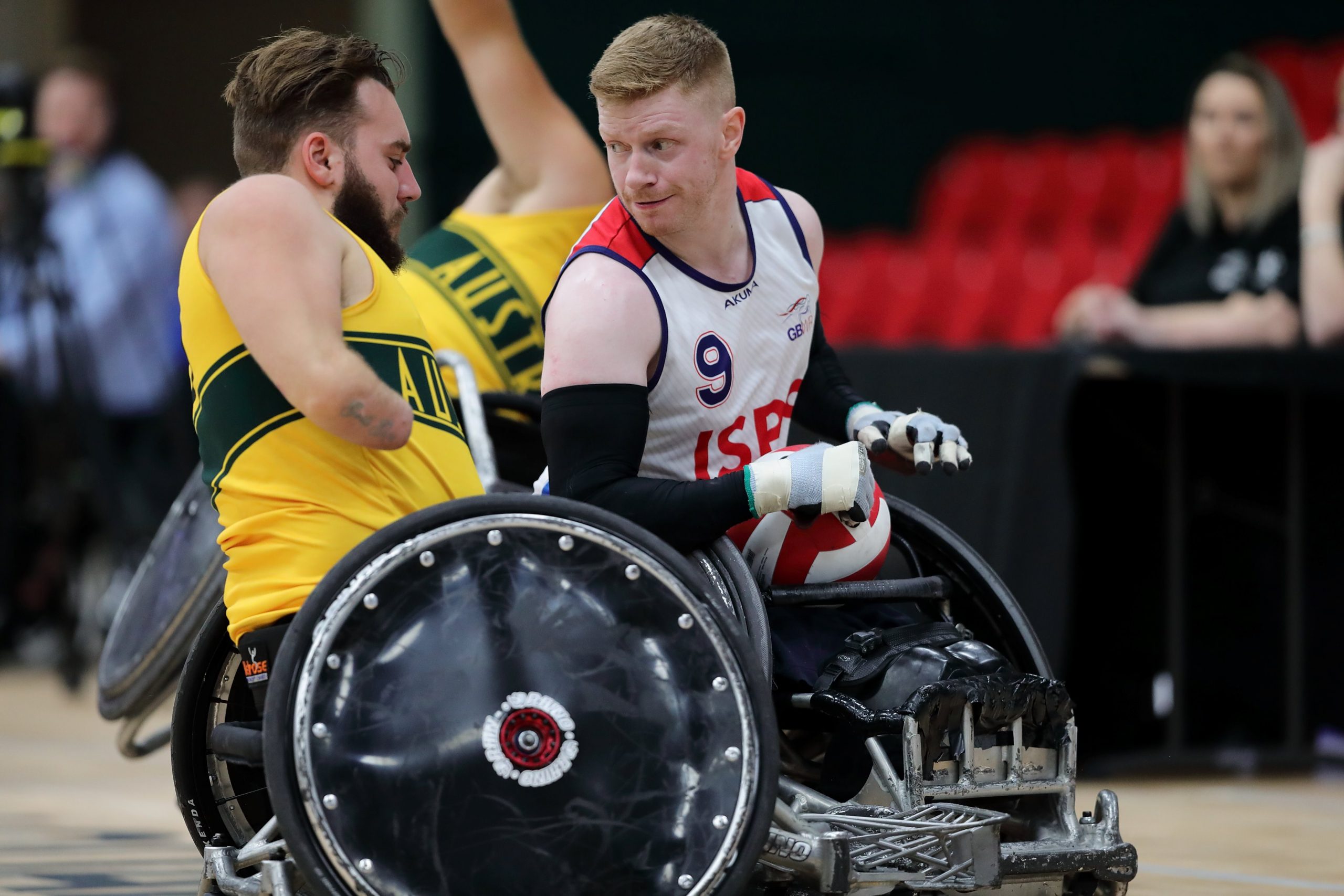 The Australian Steelers will have plenty to contemplate on their long journey home after they were hammered by host nation Great Britain overnight in their 2020 Wheelchair Rugby Quad Nations semi-final.

The Steelers were defeated 61-53 to bring their campaign in Leicester to a disappointing end.

Ranked number one in the world, the Steelers won just one match, in overtime, from five outings at the three-team tournament featuring GB (ranked four) and eventual winners, the United States (ranked two).

They were their own worst enemy in the semi-final, conceding a shocking six turnovers in the second quarter with a lack of precision and composure. It gave Great Britain confidence and momentum heading into the second half which they never relinquished.

“We started off not too bad, but we made it difficult for ourselves in that second quarter. It’s hard to win a semi-final with six turnovers [conceded] in a quarter,” Australian head coach Brad Dubberley said.

“That meant we couldn’t play our key defence, because teams like Great Britain like to play an offence that uses the full 40 seconds of the shot clock and slows up the game, that works against you when you’re trying to play catch up.

“We had to play a run-and-gun game to try and put the pressure on them. Eventually it went against us.”

And while he was far from satisfied with the outcome, Dubberley said he is still bringing home some positives from the tournament.

“We have a much better idea of what to expect from GB now in terms of their best line-ups and it is always beneficial to get some game time against the US, especially for our newer players” Dubberley said.

“Of course I’m not overly happy, but I still feel like we got plenty out of it. This was our first tournament for a while, it was good to blow the rust out.

“But that said, whether we won or lost the final, it would have been good to get there on the back of results we had in the qualifying rounds. It wasn’t to be.”

The United States defeated Great Britain 53-42 in the final.

The Steelers will arrive home on Tuesday to regroup ahead of next month’s Tokyo 2020 Paralympic Games test event at Yoyogi Stadium.

The event, hosted by Games organisers, will provide an important insight into what to expect at the venue when the Paralympics open on August 25 – the crowds, the noise, venue set-up, the transport and of course, their opponents.

“It should be another great event in Tokyo,” Dubberley said.

“We’re looking forward to getting home, see our families, recharging and then getting on the with job.”