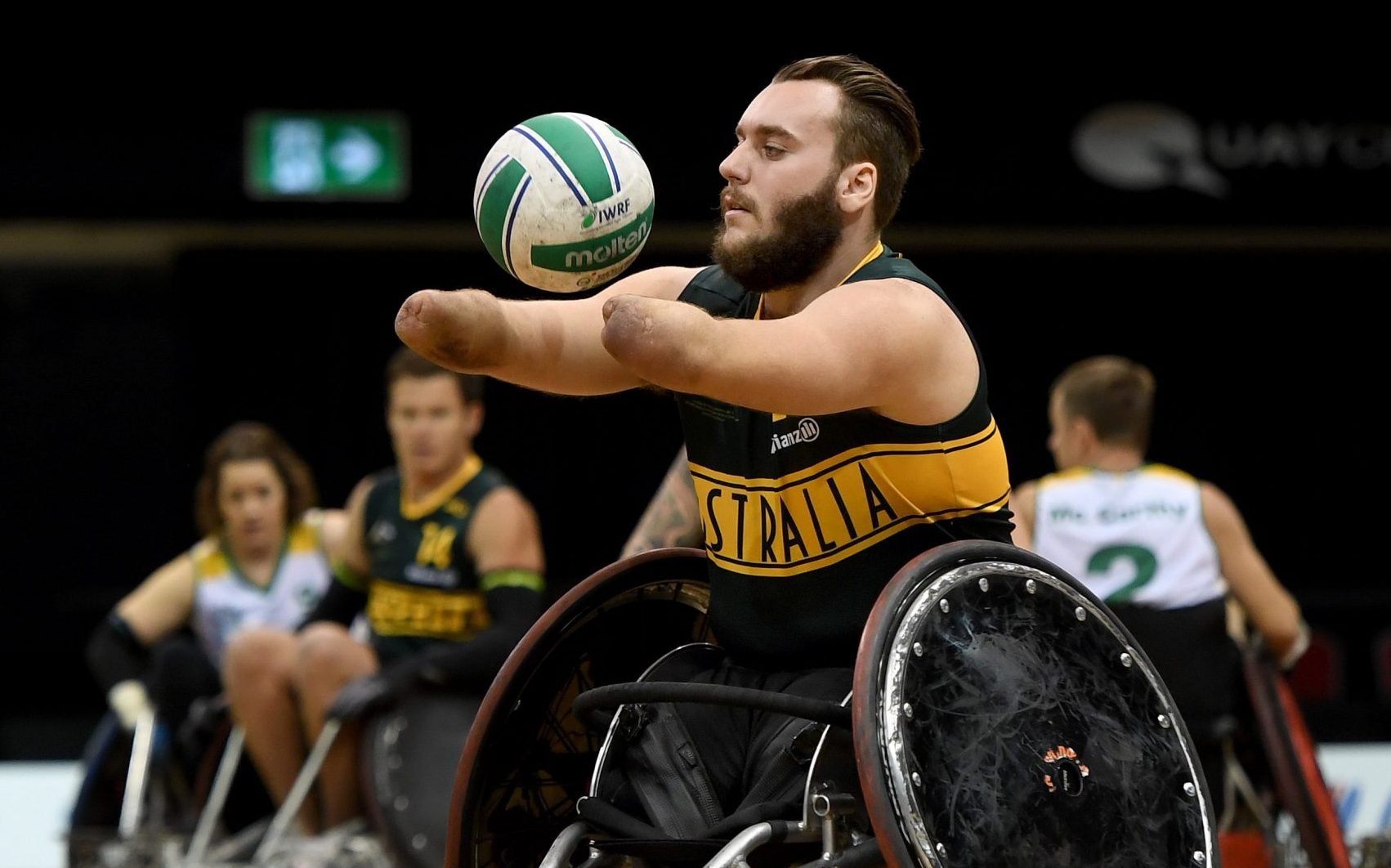 The Australian Steelers’ hunt for a third consecutive Paralympic gold medal will intensify when they arrive in Leicester, England, next month for the 2020 Wheelchair Rugby Quad Nations.

Paralympics Australia today (17 January) announced the 12-strong line-up for the important tournament as the battle for selection and form in this all-important Paralympic year rages.

Typically involving four teams, the 2020 Quad Nations edition will feature just three, but that won’t diminish the size of the challenge for the Steelers, the world’s number one ranked team.

Along with host nation Great Britain (ranked fourth in the world), the Steelers will also face off against the USA (ranked two), the opponents who embarrassed them in their previous encounter last October – the World Wheelchair Rugby Challenge gold medal match in Tokyo, Japan.

Currently locked in an intensive five-day training camp in Melbourne, VIC, the Steelers know that as two-time defending Paralympic champions aiming at a history-making three-peat in August, every opportunity to compete internationally and to find improvements needs to be exploited to its full extent.

“They’re not handing out Paralympic Games gold medals at Quad Nations, so we don’t want to peak too early this year, but at the same time, we’re aiming to perform at an extremely high standard over there and to continue to make progress towards achieving our ultimate goal later this year,” said Head Coach Brad Dubberley.

“Momentum heading into the Paralympics is really important and that’s what we want to build in Leicester. We want to get our year off to the right start.”

Developing the Steelers’ depth will be a focus for Dubberley, who said he will look to emerging talents Shae Graham, Richard Voris, Josh Nicholson and Jake Howe to play more prominent roles at this tournament. All four are aiming to make their Paralympic debuts this year.

“We have some players that still need to experience court-time in really big games. It’s likely that about half our team will be going to their first Paralympic Games in Tokyo, and some of those athletes haven’t played big minutes against our toughest opponents,” Dubberley said.

“We want these athletes to know that they belong in the international environment and there is a reason why they are in our squad and in contention to make our team for Tokyo.

“I’m really looking forward to getting over there and ripping in. It will give us a good indication of how we are progressing towards Tokyo, and I’m excited to really fine-tune the game plans, philosophies that we want to employ and achieve during the Paralympics.”

The Quad Nations is contested at the Morningside Arena in Leicester from 21-24 February AEDT. The official website is wrquadnations.com.