Para-triathletes stamp their 2020 intentions in Newcastle 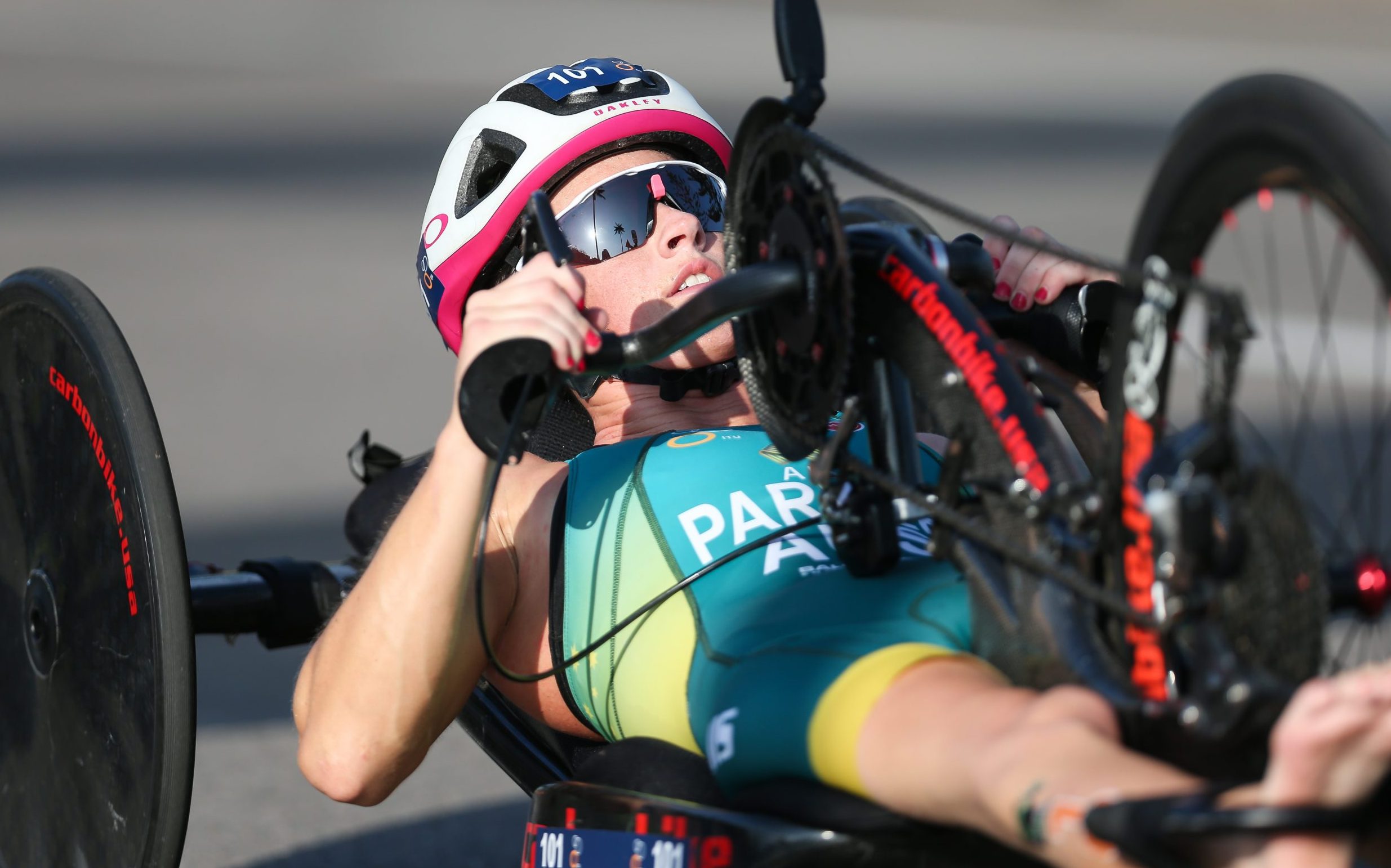 Australia’s top Para-triathletes kicked off their 2020 season in emphatic fashion at the Oceania Championships in Newcastle, NSW, on Sunday (26 January).

In front of a lively and vocal home crowd, Lauren Parker (PTWC) sped home to her second consecutive Oceania title in 1:13:43.

Taking an assertive lead right from the start, Parker put herself in a strong position heading out of the 750m swim and into the 20km bike, before pushing out to a three-minute gap over her Commonwealth Games teammate, Emily Tapp, moving into the run.

Speaking to Triathlon Australia, Parker said that racing in her hometown is the best way to start the season.

“I just felt great out there,” Parker said. “I had so many supporters out there and I just really loved it.

“I hope to back up all my races this year. Getting the win today was awesome, and I hope to back up the win in Devonport [at next month’s World Triathlon Series], and take the win at the World Championships in Milan [Italy] in May, leading into the Tokyo Paralympics.

“For Devonport to be a [World Series race] is just so good for Australia. We get all the international racers coming over and it will be great competition there.”

Finishing just behind Parker in 1:17:24, Tapp took home a solid second place ahead of a big 2020 season for the Canberran. Sara Tait claimed third in 1:43:01 after a mechanical issue on the bike.

Clint Pickin was a standout in the men’s PTS4, stringing together a strong swim, bike and run to take home his third consecutive Oceania title in 1:09:18. Liam Twomey was not far behind in 1:11:43, with Dean Mchardie taking third in 1:45:34.

It was a similar affair in the men’s PTS5, with only moments separating David Bryant, Andrew Wilkinson and Josh Kassulke. Exiting the water within two minutes of each other, the chase was on to take hold of the race on the bike. Laying down a speedy 32:30 bike leg, Bryant put himself in pole position with a three-minute gap over Wilkinson heading into the run. Maintaining pace, he sprinted home for the title in 1:04:36.

Jonathan Goerlach (PTVI) also began his season strongly, blitzing the swim, bike and run to take the win in 1:03.55, ahead of Gerrard Gosens in second, and International Triathlon Union (ITU) debutant Trevor Murphy in third.

In the women’s PTS5, Kate Naess notched her first win of the season with a time of 1:13:12, while youngster Molly Wallace had another taste of elite Para-triathlon competition, taking second in 1:29:07.

Australia’s Para-triathletes will now turn their focus towards Devonport, TAS, with the World Series returning to Australian shores next month for the first time since the 2018 ITU World Triathlon Grand Final on the Gold Coast, QLD.