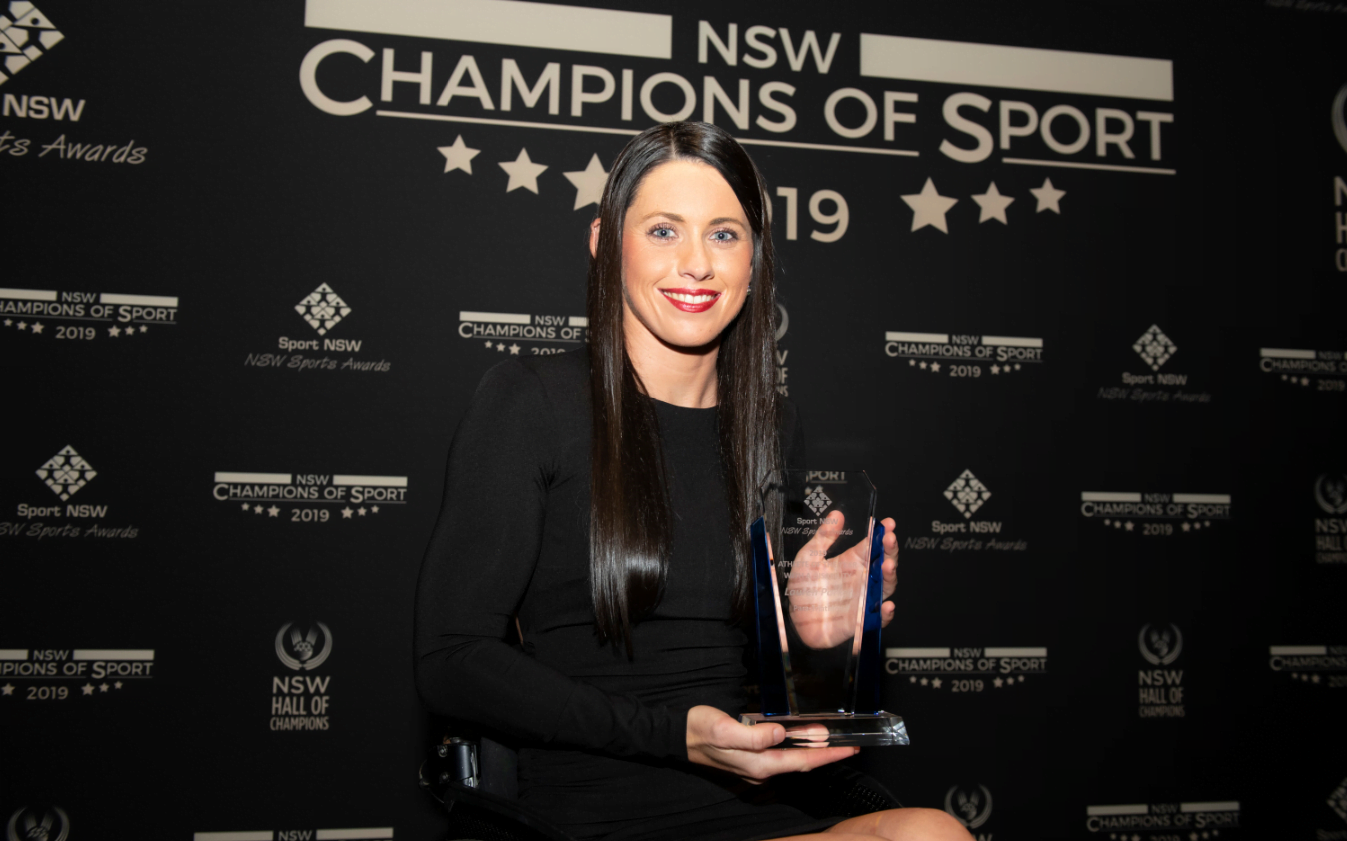 Para-triathlete Lauren Parker clinched back-to-back Athlete of the Year with a Disability crowns at the NSW Champions of Sport Ceremony in Sydney on Monday (18 November).

Acting NSW Minister for Sport the Hon. Geoff Lee MP paid tribute to the performances of Parker and Athlete of the Year Ellyse Perry over the past 12 months.

“Ellyse and Lauren were outstanding at a domestic and international level and their fearless pursuit of victory is just one of the reasons they are rated the best in the world at their sports,” said Lee.

“Performing at the highest level takes extreme dedication, but it is the example you set to those around you that is what really stands out. Ellyse and Lauren will continue to inspire young women dreaming of becoming the best in the world.”

Para-snowboarder Ben Tudhope claimed Young Athlete of the Year with a Disability after being the overall winner in the men’s banked slalom SB-LL2 and runner-up in the men’s snowboard cross SB-LL2.

Simon Cusack won Coach of the Year after guiding Ellie Cole to a silver and bronze medal at the 2019 World Para-swimming Championships, along with her Olympic teammates Cate and Bronte Campbell.

Sport NSW Chairperson Carolyn Campbell congratulated all award winners saying: “The quality of our category finalists was a credit to sport at all levels in NSW. Each of our winners have excelled with sustained performances over the past 12 months and are a credit to their sports.”