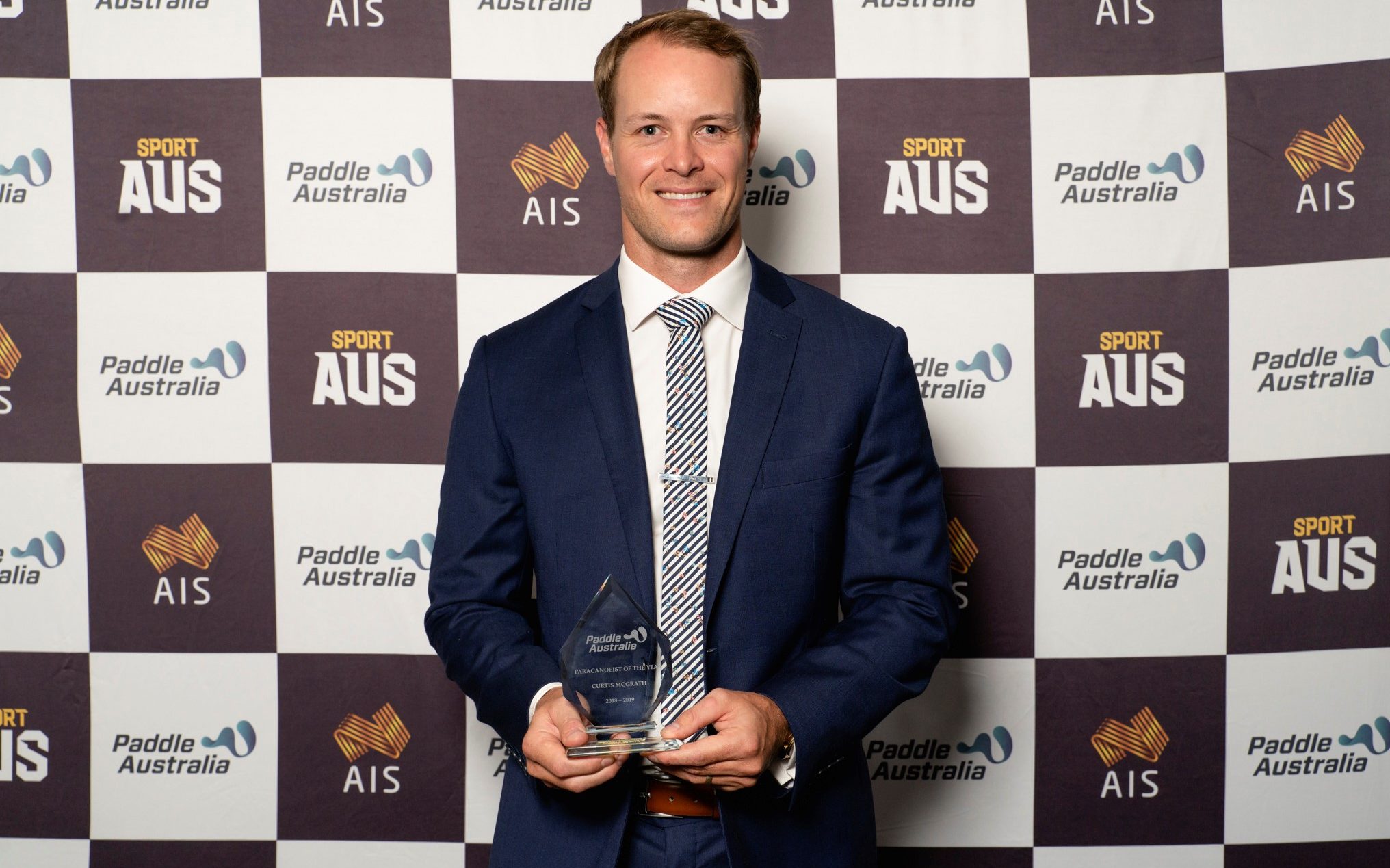 Paralympic champion Curt McGrath was recognised by Paddle Australia on Saturday (9 November) for another outstanding season on the water, by being named Para-canoeist of the Year at the 2019 Paddle Australia Awards.

Together wtih Olympic Paddler of the Year Jessica Fox, he headlined a stellar line-up of athletes, coaches, instructors, technical officials and volunteers, who were recognised for their outstanding achievements and efforts over the past year.

“I think this year I was pushed a lot more than I have been previously in my races, but I will work on that and hopefully come Tokyo we’ll have the success like we’ve had in Rio, if not more, with our squad,” McGrath said.

“I just wanted to thank the people that have supported me in our team, and getting us to Tokyo will be another hurdle, but I’m really excited about the opportunity to represent Australia.”

Australia’s strong season in Para-canoe was also recognised by Head Coach Shaun Caven taking home the 2019 Coach of the Year award. The team brought home two World Championships gold medals, both won by McGrath, while Susan Seipel added one silver and one bronze to the overall medal tally.

Former Head Coach Andrea King was also recognised on the night for her work in establishing Para-canoe in Australia, with the Services to Paddling award.