Kosmala inducted into the South Australian Sport Hall of Fame 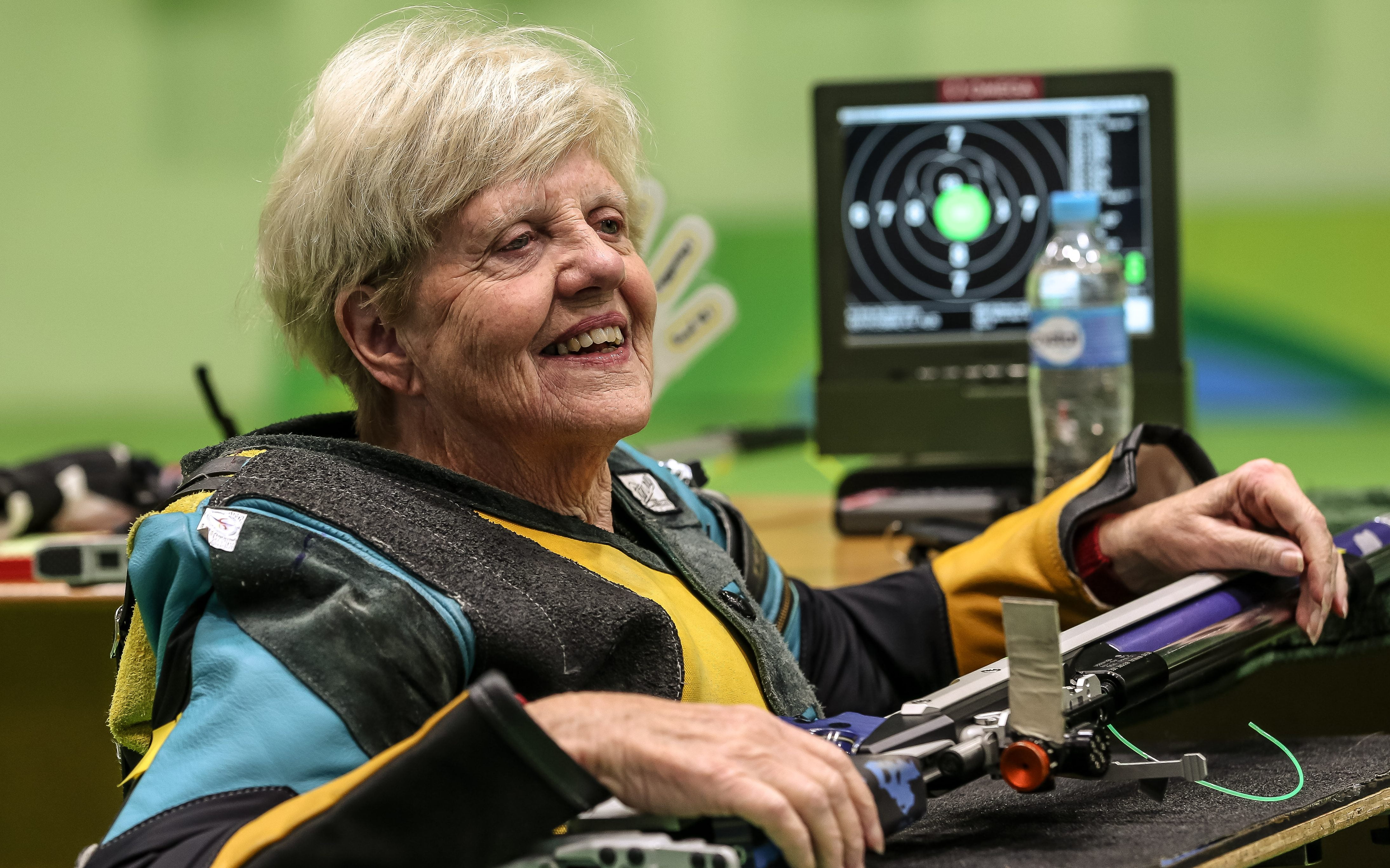 Legendary 12-time Paralympian Libby Kosmala OAM has been inducted to the South Australian Sport Hall of Fame in a move applauded by Paralympics Australia.

The 13-time Paralympic medallist accepted the honour in front of 450 attendees overnight in Adelaide at the annual South Australian Sports Awards.

As the longest serving Paralympian in history, Kosmala’s accolades extend beyond the nine Paralympic gold medals she won over her four-decade long career.

Kosmala had her first introduction to Paralympic sport in 1966 when she competed at the National Wheelchair Games in Brisbane. She competed in foil fencing, swimming, wheelchair racing, field events and archery.

While she missed out on selection of the Tel Aviv 1968 Games, she worked as a secretary for the Australian Team at the Games, and made her Paralympic debut in Heidelberg 1972 where she won a bronze medal in swimming in the women’s 3 x 50m medley relay 2-4 event.

After winning three gold medals at the Seoul 1988 Paralympic Games, Libby was named Australian flag bearer for the Opening Ceremony at the Atlanta 1996 Paralympic Games.

Kosmala was also the oldest Australian representative at the Beijing 2008 Games, and was the oldest Paralympian overall at both the 2012 and 2016 Paralympic Games, retiring at the age of 74.

Congratulating Kosmala on her latest accolade, Paralympics Australia Chief Executive Lynne Anderson said that induction was due recognition for her work as an athlete and as a leader of the Australian Paralympic movement.

“It’s an incredible honour for any athlete to be inducted into the South Australian Sport Hall of Fame, and we believe this induction is important for an athlete of Libby’s stature, not just within the Paralympic movement but the broader Australian sporting landscape,” Anderson said.

“There is no other Paralympian in Australia or worldwide that has competed at as many Paralympic Games as Libby. Across 12 Paralympic Games, Libby won a total of 13 Paralympic medals, including nine gold in the sports of Para-shooting and Para-swimming.

“To stay at that level and be able to compete at the pinnacle event in a sport for more than four decades is simply astonishing and something that should be celebrated.

“Libby’s record of Paralympic Games is likely to stand the test of time for years to come. There aren’t many athletes across any sport from any nation who have the impact that Libby has, and I know the Paralympic movement and the Para-shooting community are grateful for all of her work in the sport.”

Anderson said the recognition of Kosmala’s achievements will also have a significant impact on Paralympic sport within South Australia.

“The recognition is also incredibly important for bolstering the Paralympic movement in the state,” Anderson said.

An emotional tribute and a minute’s silence honouring eight-time Paralympian Kieran Modra also took place during the evening. Modra tragically passed away when his bike collided with a car north of Adelaide last week and his immense contribution to Paralympic sport and his many incredible achievements over his extensive career were recognised and celebrated by the South Australian sporting community.