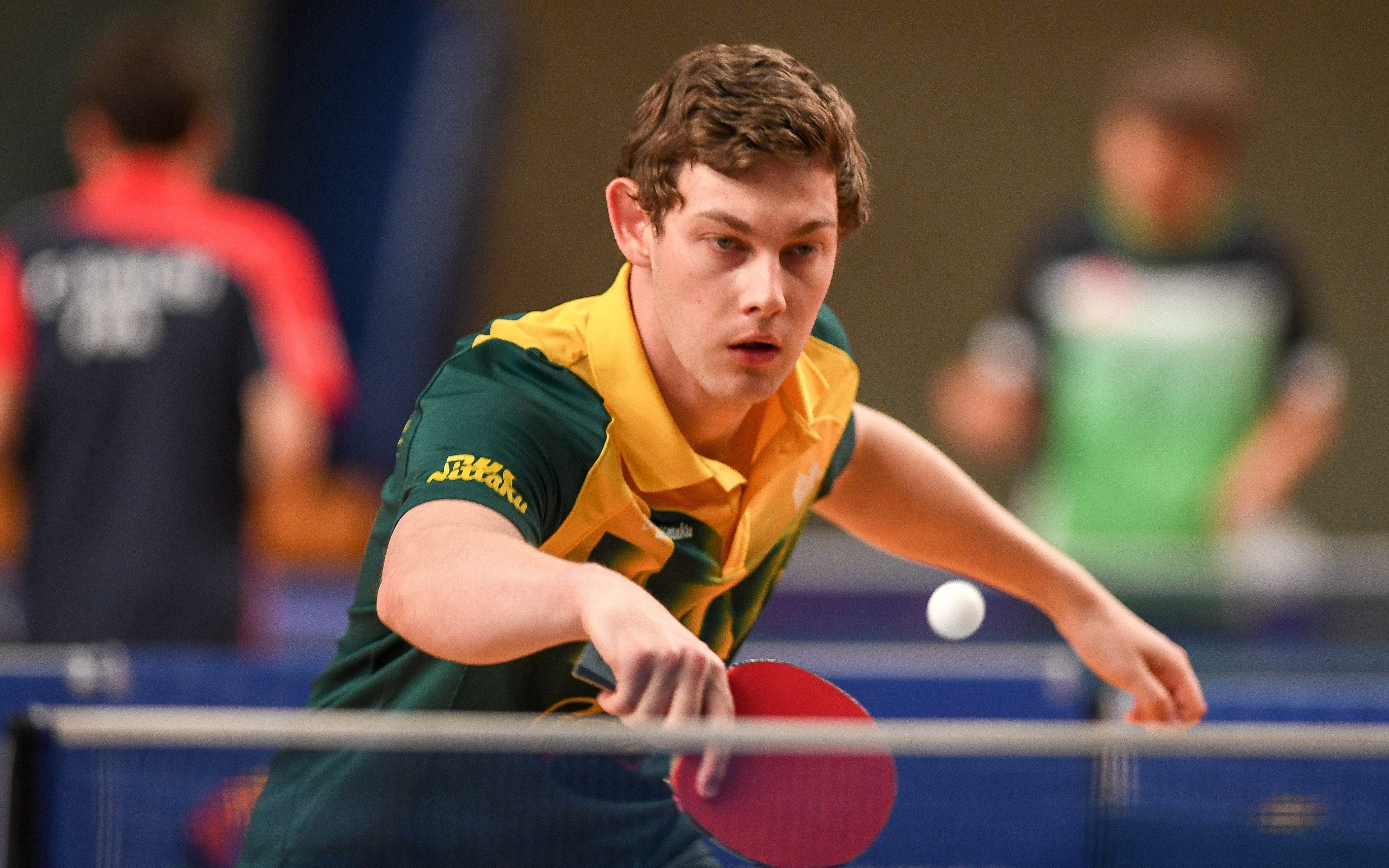 Buoyed by the support of a spirited home crowd, world No. 4 Von Eimen produced one of the best performances of his career to defeat the world No. 2 in his class, Hungary’s Peter Palos.

“It’s a proud moment,” Von Einem said. “To be able to play a tournament in your home country is always special, and to be able to take the gold medal as well just makes it even more special. I really enjoyed it.”

On beating Palos, who won a Paralympic gold medal in 2012 and bronze in 2016, Von Einem said: “It was a great feeling. He’s been around for years, he’s won all the major titles, so to be able to beat him again in your home country with hometown support is really special.”

Von Einem has never before had the opportunity to compete at a major international multisport event in Australia, and said that the support of every Aussie in the stands of Chandler Arena made all the difference.

“My parents were in the crowd, and I saw all the school kids as well, rooting for me.

“You don’t get so much crowd support when you’re overseas. It’s just you and the coach, so it’s nice to have that extra support. It gives you a bit more energy when you’re out there playing.”

For coach Alois Rosario, who will also head up the Australian Para-table tennis team at the Tokyo 2020 Paralympic Games, the match was one of Von Einem’s greatest ever.

“It’s really good for him to be able to have that performance in a final,” Rosario said. “I think that was the really key thing for me, just to see how well he could perform in a gold medal match, so that was pretty special.

“Sam’s really hungry to go one step further than he did in Rio [at the 2016 Paralympic Games, where he won a silver medal], so he’s not going to rest now. He’s going to put in a really strong 10 months, and let’s see what that can bring.”

The 2019 Global Games, which run from 12-19 October, feature more than 1,000 athletes from 48 nations. 10 sports are being contested, including the Paralympic sports of Para-athletics, Para-swimming and Para-table tennis, and with 10 months to go until Tokyo 2020, the Games provide a crucial opportunity for the athletes in these sports to stake their claim to a place on the Australian Paralympic Team.