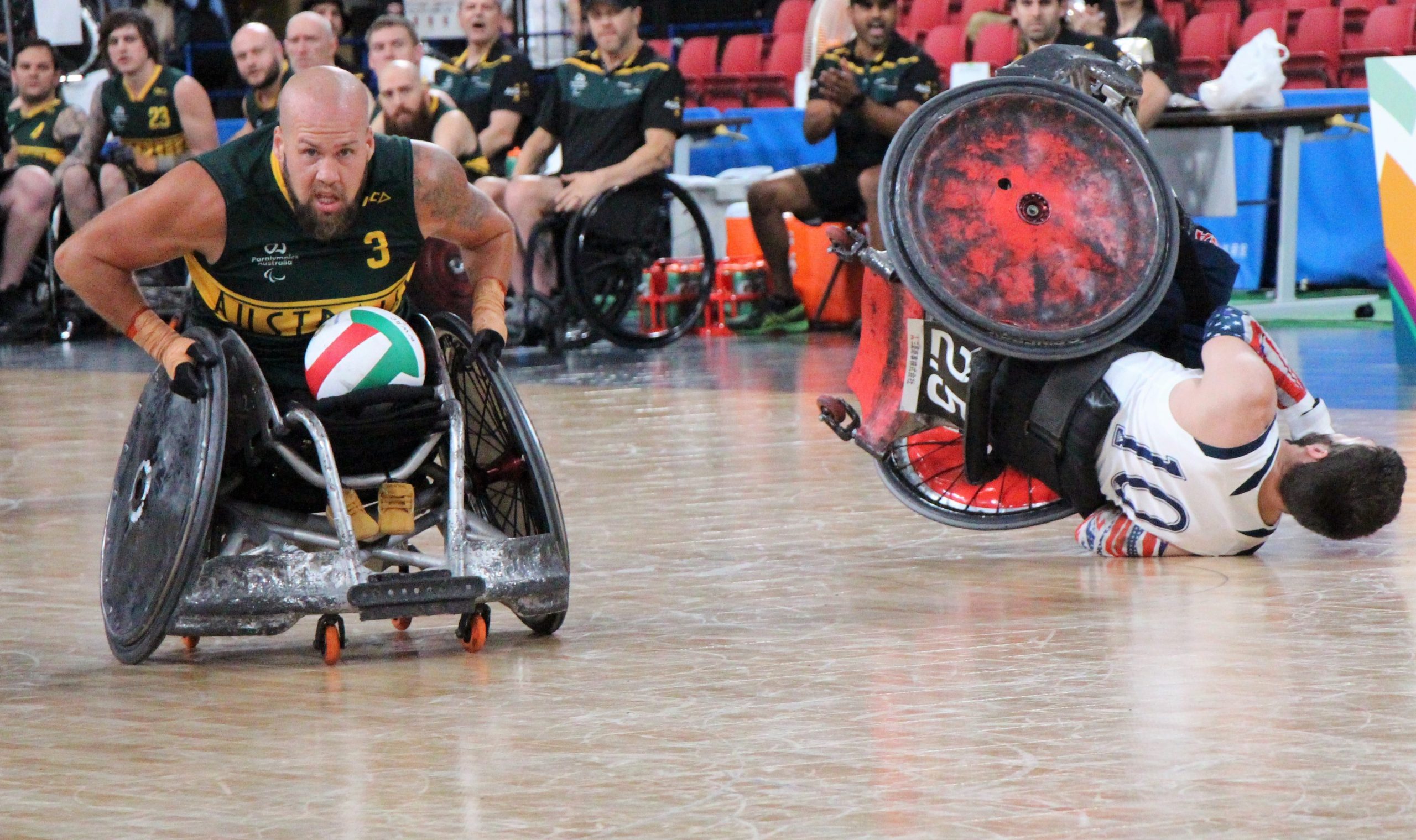 The Australian Steelers have progressed to the semi-finals at the 2019 World Wheelchair Rugby Challenge in Tokyo, but not the way they had hoped after a 55-51 loss in today’s final pool match against the United States.

The defeat ensured the Steelers finished second in pool B which sets up a semi-final showdown against Japan, who emerged undefeated from pool A.

The match will write yet another chapter in a story of intense rivalry between the two nations, who met in last year’s World Championship final in Sydney. Japan shattered the Steelers’ parochial home crowd with a thrilling one goal victory to become World Champions for the first time.

The Steelers have waited 12 months to exact revenge and with the match already sold out and set to be shown live on Japanese TV, they now have their chance.

“This is our benchmark event for the year so we’re not going to leave anything in the tank,” Australian vice-captain Chris Bond said.

“We’re going to give it absolutely everything we possibly can.”

Bond said he had total confidence the Steelers would bounce back after today’s loss to the United States.

The Americans controlled the game with a mistake-free brand of rugby in the first quarter, conceding no turnovers. And while the Steelers never surrendered in a match that saw head coach Brad Dubberley rotate his bench and give big minutes to the Steelers’ less-experienced players, six turnovers in the second half thwarted any chances of a fightback. The United States conceded just three.

“We took this game as a chance to try and win definitely, but also to try and get some more players on court and to do a bit more homework for some bigger competitions coming up, especially the Tokyo Paralympics next year,” Bond said.

“You can’t replicate this environment, especially being all the way down in Australia. So giving our newer players international experience at a tournament like this is invaluable,” Bond said.

Australian assistant coach Greg Smith said a strong start from the Australians will be crucial against Japan, especially after the Americans were able to dominate the early exchanges in today’s contest.

“I think they [the United States] probably came out with a bit more vengeance at the start than we were expecting. The game plan we had didn’t really reflect the game in the beginning, but we were able to turn it around and we brought it right back,” Smith said.

“Tomorrow and Sunday are big games for us, absolutely. And even if we had won today’s game, it wouldn’t have changed our approach to these games. They are going to be absolutely massive for us and we’re going to be throwing absolutely everything at them.

“I personally don’t care who we play from here on in, we’re just going to come out and give it a great shot and have a real chance to win here.”

Australia and Japan do battle tomorrow at 6:15pm (AEDST) while the Americans face Great Britain in the other semi-final at 9:15pm (AEDST). The victors proceed to Sunday’s gold medal match at 6pm (AEDST).

The WWRC sees the top eight teams in the world do battle this week, in a major test event for the Tokyo 2020 Paralympic Games next August.