Steelers impress in their 2019 WWRC opener 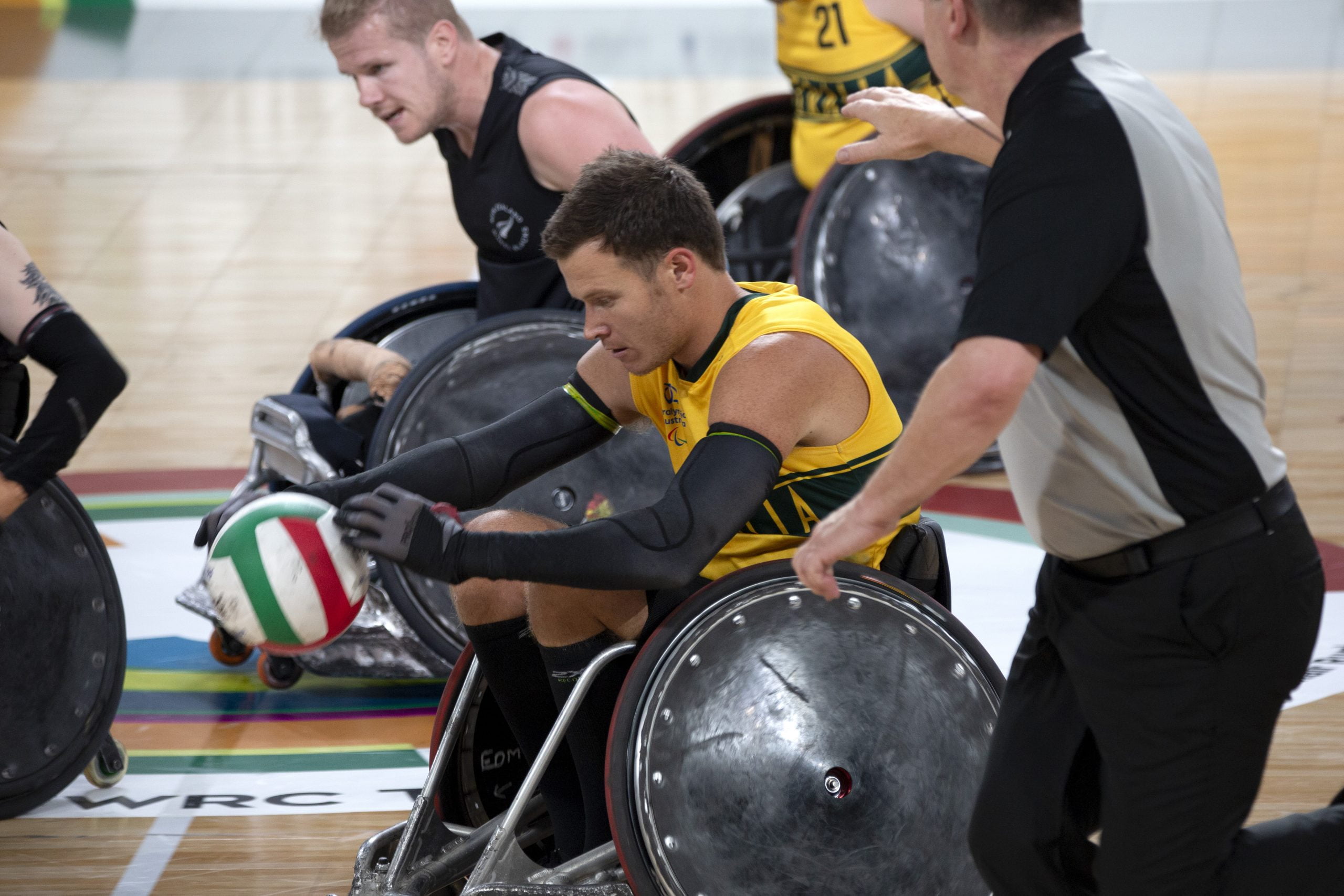 The Australian Steelers overcame some early nerves to begin the 2019 World Wheelchair Rugby Challenge (WWRC) with a 60-46 victory over New Zealand in Tokyo on Wednesday.

Australian head coach Brad Dubberley instructed his team to start strong and show intent from the tip-off, but the Steelers’ first offensive play ended in a frustrating turnover and New Zealand goal.

While it wasn’t the start Australia was hoping for, Steelers vice-captain Ben Fawcett said he was proud of his team’s composure and their fight for the rest of the contest.

“We really didn’t want to start like that but we didn’t drop our heads. We were able to get back into the game in a big way pretty soon and we took it to them,” Fawcett said.

“I don’t think there was any complacency, we always take New Zealand very seriously and although we play them a lot, they are always a threat. But it was a great start to the week and something to build on.”

The Steelers took a 15-11 lead into quarter-time before the game’s defining moment came nearing half-time when New Zealand’s Cameron Leslie committed a flagrant foul on Andrew Edmondson. With Leslie off-court, the Steelers scored the next three goals and New Zealand never really recovered.

Dubberley took the opportunity to rotate his bench in the second-half, with Shae Graham, Nick Scott and Josh Nicholson all taking advantage of extra minutes to deliver impressive performances.

“It was well-balanced. We were able to give everyone some good court time, get the win and start the tournament off well, so lots of positives to take from today,” Dubberley said.

“We had two brand new line-ups that we wouldn’t normally run against too many opponents, so it was good to give them some time on court.”

The Steelers face Canada in their next match tomorrow, which will mark Ryley Batt’s 300th appearance for the Australian Steelers. The Canadians will be bolstered by powerhouse Zak Maddell who is returning after an extended break from the sport.

“It’s Ryley’s 300th so we’ll want to play well for him and we know that it’s going to be big step up from today, especially with Zak coming back,” Dubberley said.

“We’re looking forward to the challenge.”