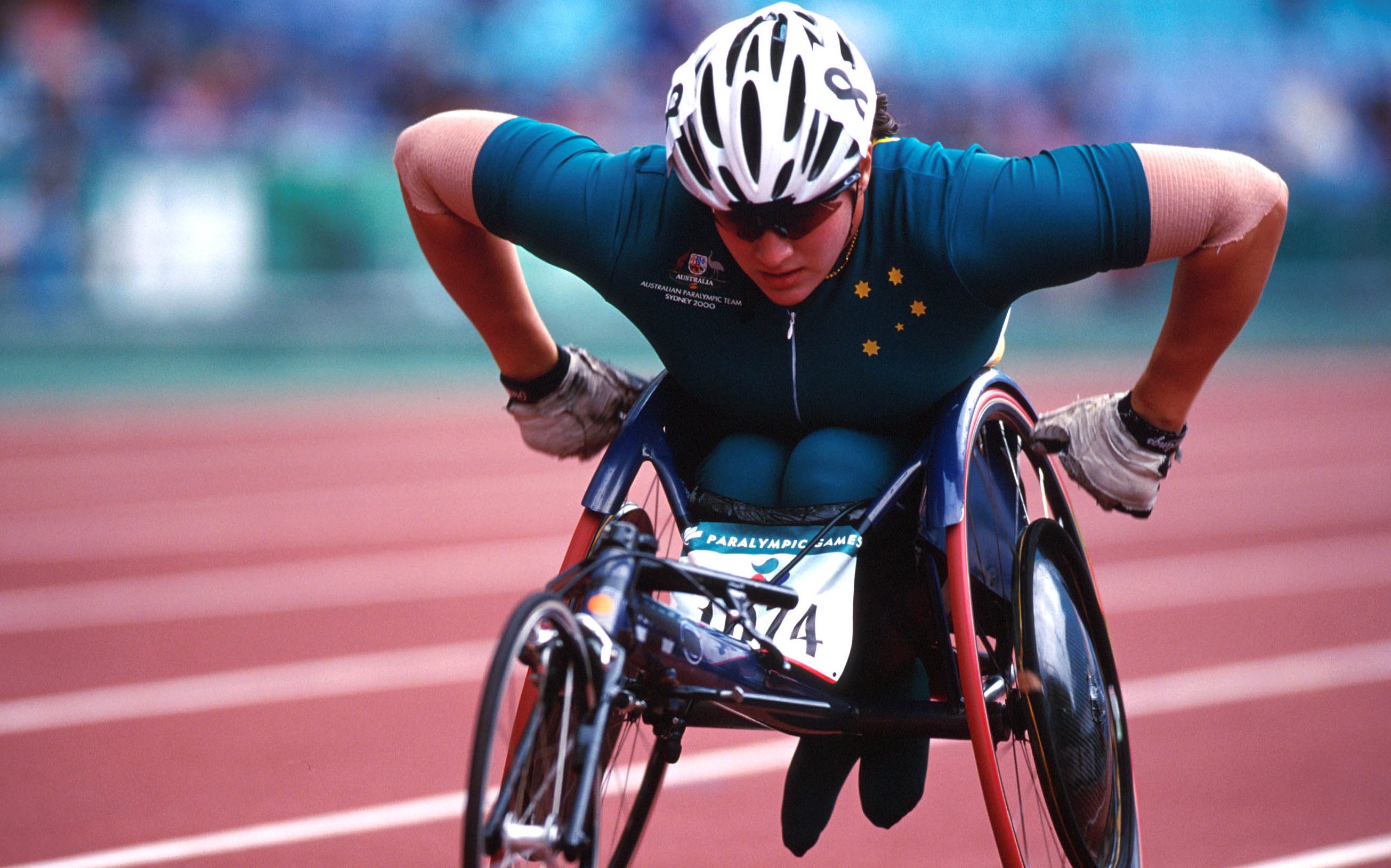 Paralympics Australia is celebrating after four-time Paralympian Louise Sauvage OAM became the first Paralympian to be elevated to Legend status within the Sport Australia Hall of Fame.

The Sport Australia Hall of Fame describes the annual elevation of one Member to Legend status as the most prestigious sporting honour that can be bestowed on an Australian. It is an opportunity to celebrate and honour a Member who has distinguished themselves at the absolute highest level and whose achievements are considered part of Australian folklore.

Few Australian athletes have captured the heart of the nation like Sauvage, who was the first Paralympian to be inducted as a Member of the Sport Australia Hall of Fame in 2007.

She now becomes the 41st Legend of Australian sport.

Representing Australia for the first time at just 16, Sauvage would go on to change the sport of wheelchair racing by becoming one of its first truly professional athletes. She won nine gold and four silver medals across four Paralympic Games between 1992 and 2004, and 12 world titles. She also made three appearances in demonstration events at the Olympic Games, winning two gold and one bronze medal.

Sauvage also lit the Paralympic cauldron at the Sydney 2000 Paralympic Games and carried the flag for the Australian Team at the Athens 2004 Paralympic Games Opening Ceremony. Countless honours have followed at a national and international level.

“It’s fantastic to be honoured in this way,” Sauvage told the Sport Australian Hall of Fame.

“It should be that Para-sport athletes can be seen and considered in the same light and be recognised in the same manner, so to be elevated is just huge. It’s tremendous and to be thought of alongside some of Australia’s great athletes, it’s just amazing company to be alongside them.”

President of Paralympics Australia, Jock O’Callaghan, said the honour is due recognition for Sauvage, who will always be remembered as the trailblazer for lifting the profile and perception of Australian Paralympic sport into the mainstream.

“As one of the most successful Paralympians in our history, whose achievements on the track have been matched by few globally, Louise is the ideal candidate for elevation to Legend status within the Sport Australia Hall of Fame,” O’Callaghan said.

“Last night, Louise joined 40 other Legends of Australian sport. Her name will be etched alongside Don Bradman’s and Cathy Freeman’s. I can think of no choice more fitting than Louise to become the first Paralympian to receive this prestigious honour. And may she be the first of many Paralympians to follow.”

“There is no honour more prestigious in Australian sport than elevation to Legend status within the Sport Australia Hall of Fame, and for Louise to finally receive the recognition and respect that she deserves, as one of the most successful women in Australian sport, is something which I am incredibly proud of, not only as the Chief Executive Officer of Paralympics Australia, but also as a fan of Paralympic sport,” Anderson said.

“Even before I joined Paralympics Australia, I knew of Louise’s exploits on the track and road, as that was her power. Whether you knew about wheelchair racing and Paralympic sport or not, you knew Louise Sauvage was an incredible athlete who did incredible things on the sporting stage, and that is why Australia loved her then and continues to love her.

“I know that Paralympics Australia has publicly questioned what we believe has been a underrepresentation of Paralympic sport within the Sport Australia Hall of Fame in the past, but we are so pleased that in recent years, the incredible performances of some of our country’s greatest Paralympic athletes have been celebrated more and more.

“And with the elevation of Louise to Legend status, and Matthew Cowdrey becoming the seventh Paralympian to be inducted into the Sport Australia Hall of Fame, it reaffirms to Australia what we have been saying for many years, that Paralympic sport and Paralympic athletes are important contributors to Australian sport, and it is wonderful to be able to celebrate that fact on Australian sport’s night of nights.”

Sauvage, now a highly-successful coach with the Australian Para-athletics team, said the Sydney 2000 Games remains the highlight of her career as an athlete.

“I think having the Games in Sydney was a big turning point for the Paralympics in general and it’s gotten bigger and better and progressed from there. The momentum is being carried forward,” Sauvage told the Sport Australia Hall of Fame.

“In the past, we got lost in the four years between Games, but it seems to have now maintained a presence, and the more coverage you get, the more people want to see it and get involved. It’s now just seen as another sport that people really enjoy seeing. It’s just been phenomenal that it’s come so far, and I’m really honoured and proud to have been part of that history.

“The highlight was the way Australia and the world embraced the Paralympics. It was a really big turning point and I was so proud to be Australian, that we did it and we made that change.

“I had international athletes coming up to me saying we’re on the front page of the paper and on the news every night. It was just unheard of. And I was so excited that people were educated and they came to the Games. The basketball games, the rugby games, they were packed, it was sold out, it was fantastic. It was just so unheard of at the time. It was fantastic that we’d made that shift and it was great that Australia did that.”