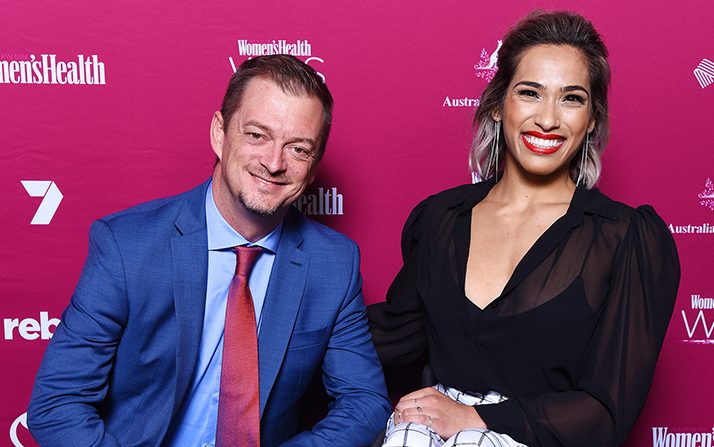 Parsons’ whistle-stop tour kicked off in Brisbane, QLD, where he attended and spoke at the Opening Ceremony of the 2019 International Federation for Athletes with Intellectual Impairments (INAS) Global Games and gave a welcome address at the INAS summit. He also met the Premier of Queensland, the Hon Annastacia Palaszczuk.

During the meeting, the four discussed the future strategic direction of the IPC and Paralympic movement, the strength of Para-sport in Australia, and the country’s potential bid for the 2032 Olympic and Paralympic Games.

While in the country’s capital, Parsons also met Australia’s Minister for Youth and Sport, Richard Colbeck, and held a meeting with the leadership of Sport Australia, including Chief Executive Officer Kate Palmer.

Tuesday saw Parsons attend the Para-shooting World Championships in Sydney, and that evening, presented former IPC Vice President Greg Hartung with the Paralympic Order, the highest accolade anyone can receive in Paralympic sport.

On his final day in Australia, Parsons returned to the shooting range to try vision-impaired and Para-trap shooting.

His final act was to present Anderson with the prestigious Person of Sporting Influence Award at the 2019 Women’s Health Women in Sport Awards.

Parsons said: “It was fantastic to go to Australia and engage with several leading politicians about the strength and opportunities for the Paralympic movement to make a real transformational difference to the country.

“While in Australia, it was an excellent opportunity to take in the INAS Global Games and the World Shooting Para-sport Championships, observe some sensational sport and listen to the views of the athlete community.

“The Paralympic movement is in extremely good health in Australia, and huge credit goes to Paralympics Australia under the leadership of Jock O’Callaghan and Lynne Anderson.  It is hugely exciting to see the plans Paralympics Australia have in the lead-up to and during Tokyo 2020 [the next Paralympic Summer Games] to maximise awareness and engagement with their audience.”