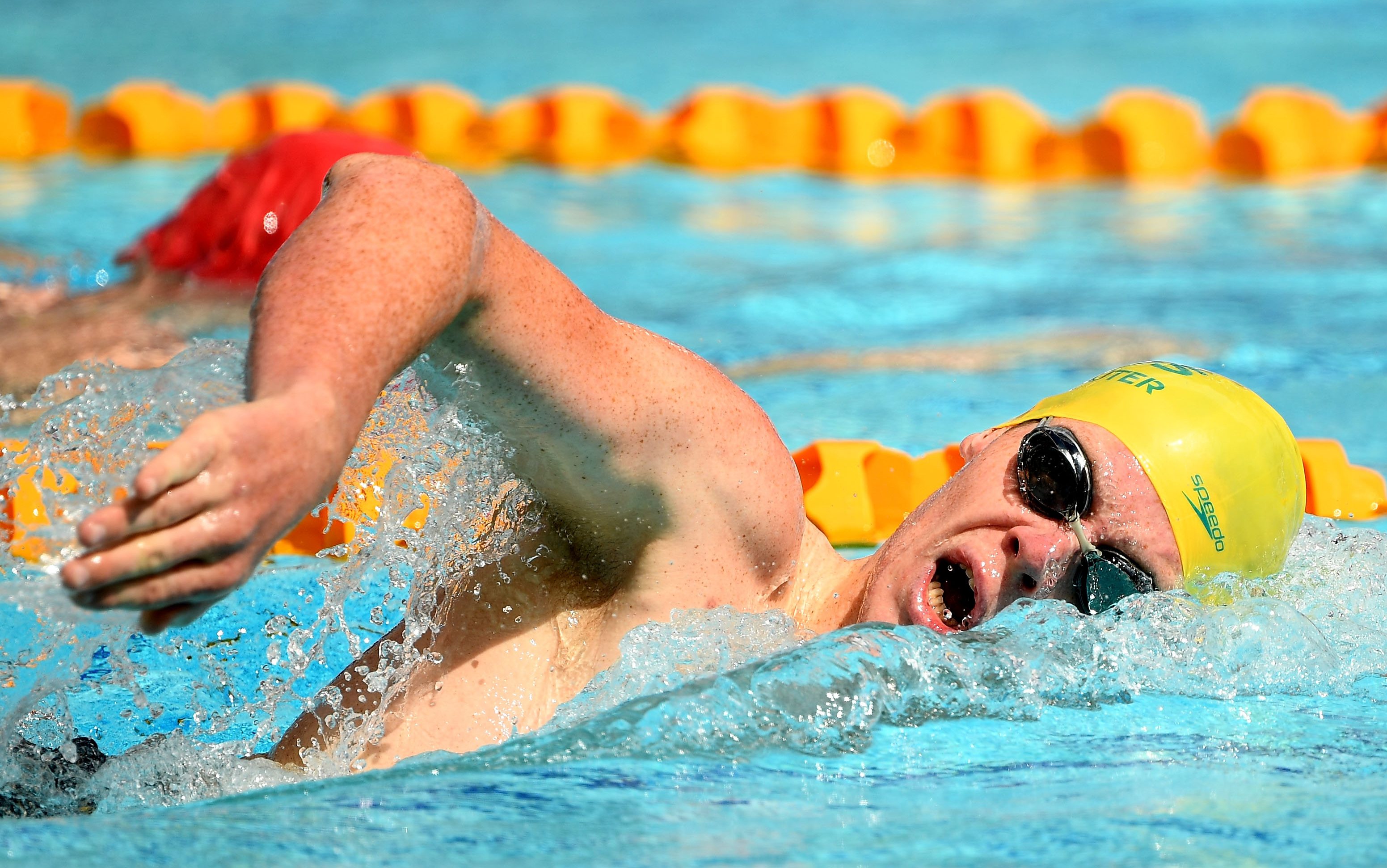 The Dolphins have hit the water for their first main training session at the Manchester Aquatics Centre, in preparation for the 2019 World Para-swimming Championships, which begin in London on 9 September.

The team arrived in the United Kingdom on Saturday afternoon and will use the week-long staging camp to acclimatise to the conditions, fine-tune race plans and work out relay combinations.

Head Coach Brendan Burkett said he was pleased with how the athletes handled the extensive travel and their attitude to maximise this opportunity.

“The first session was really good,” Burkett said. “Obviously the travel knocks people around and the key thing is to get in the water and get your body adjusted to the new timezone, and they did that really well today.

“The mood last night was comfortable but tired, which is to be expected when you’ve been travelling for 24 hours, but this morning you could notice higher body position in the water and a bit more skilful technique as they were moving along, so you can see they’ve already started to recover since yesterday.”

Among them is Liam Schluter, who hails from Kawana Waters Swim Club in Queensland. After representing Australia at the 2016 Paralympic Games, 2018 Commonwealth Games and 2018 Pan Pacific Para-swimming Championships, this marks his first World Championships campaign.

“This morning’s session was good,” Schluter said. “It’s a bit chillier than back home, but it was very nice and good to train as a whole team again.

“I’m training under Harley Connolly with Brenden Hall, Lakiesha Patterson and Monique Murphy. I’ve had Harley as a team coach since the 2016 Paralympic Games, and he’s a great coach and knows what to do to get us to where we need to be.”

Explaining how the week in Manchester will unfold, Burkett said: “The first phase is what we’re in now, which is getting your body and mind into this new timezone, not worrying to much about fitness and speed, then we’ll start to sharpen up our skills, and then we’ll work on a bit more race preparation and relay components, so that will be the back end of the staging camp.

“Then when all those things are complete, it gears you up perfectly for the World Championships in London.”

The World Para-swimming Championships run from 9-15 September at the London Aquatics Centre. Make sure you catch all the action from the heats and finals live and free on the 7plus app. You can check out the broadcast schedule here.

By Swimming Australia
Posted: 01/09/2019
Photo with thanks to Quinn Rooney / Getty Images