Three from three for Steelers at IWRF Asia Oceania Championship 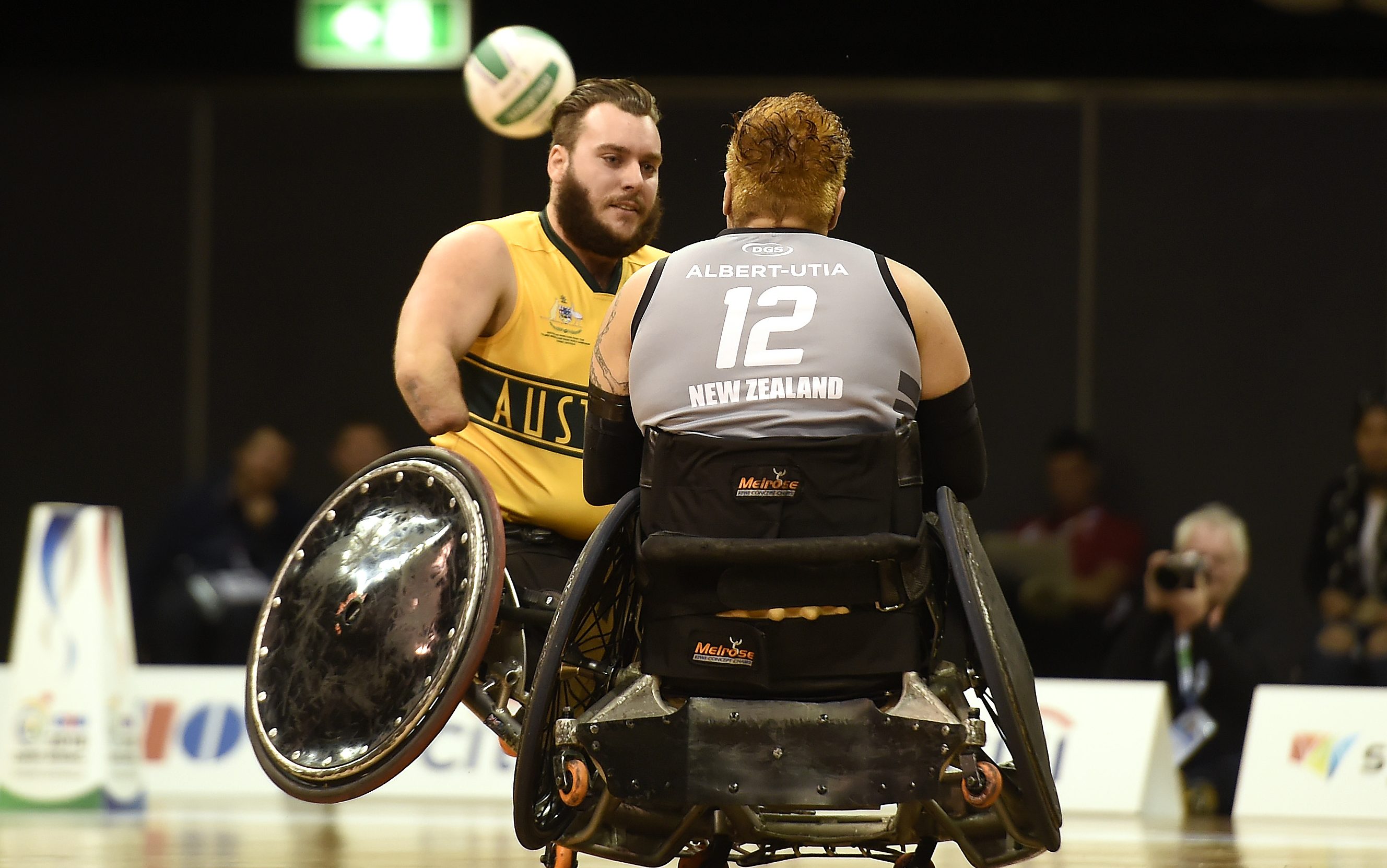 Having set the pace early into the first of the two games, the Steelers defeated the Wheel Blacks 62-29, and showed skill and tenacity in knocking down their trans-Tasman rivals.

Most impressively, Australia gave up a grand total of zero turn overs throughout the game; something that has never been done by the Steelers while Australian head coach Brad Dubberley has been at the helm.

“I’m really impressed with the team, it was by far one of our best in a long time,” Dubberley said.

“There were no turn overs and they showed some great pressure throughout the whole game.”

New Zealand were down from the start, conceding 10 turnovers in the first quarter, with a total of 32 by the end of the game. The Australians were also the stronger try scorers in every quarter, more than doubling New Zealand in first and third quarters.

With key 3.5 point player Chris Bond injured just prior to the game, Dubberley’s team was still able to control the entire match, while newer athletes were given vital experience against the up-and-coming New Zealand team, ahead of next year’s Paralympic Games.

“Every player got big minutes, but what’s great is that the consistency and intensity was still there no matter which line up was on court at the time.”

This afternoon’s match saw the Steelers defeat South Korea 64-41 in a tough and gruelling game.

South Korea, ranked 14, pushed the Steelers harder than any team has in this tournament, and while the Aussies ultimately took the lead in each quarter, they were shocked to lead by only four after the first quarter.

“The game was a bit scrappy, but we’re really happy to take the win as we build towards our clash with Japan tomorrow, which will no doubt be our hardest game yet,” Dubberley said.

“We had a slow start to the game. We haven’t played Korea since 2017. It’s one thing to view as much footage as you want but until you’re there playing a team, it’s hard to truly judge things including inbounding ranges and speed. Once we had that figured out, we were obviously able to swing the game in our favour.”

Again with out Bond, the Steelers played to their defensive strengths. South Korea conceded 20 turnovers, while the Australians only gave up seven.

The Steelers now hold high hopes of defeating Japan in their next game tomorrow, before making their way through to Monday’s finals. Japan are the current world champions, and the team that ended the Steelers unbeaten reign at major tournaments from 2012 up until last year.

“Japan have been tracking really well this tournament. It will be great to have another hit out against these guys and hopefully notch up another win but we’ll be focussed on the final on Monday,” Dubberley said.

“We’ve got some plans in place to get some good defensive pressure against these guys but every time we play Japan, USA or GB, the games all come down to scoring our own goals and not giving up turn overs, so hopefully we can put up another performance like yesterday and give up another ‘great white buffalo’ – in no turn overs – and if we can do that we are confident we can get the result.”