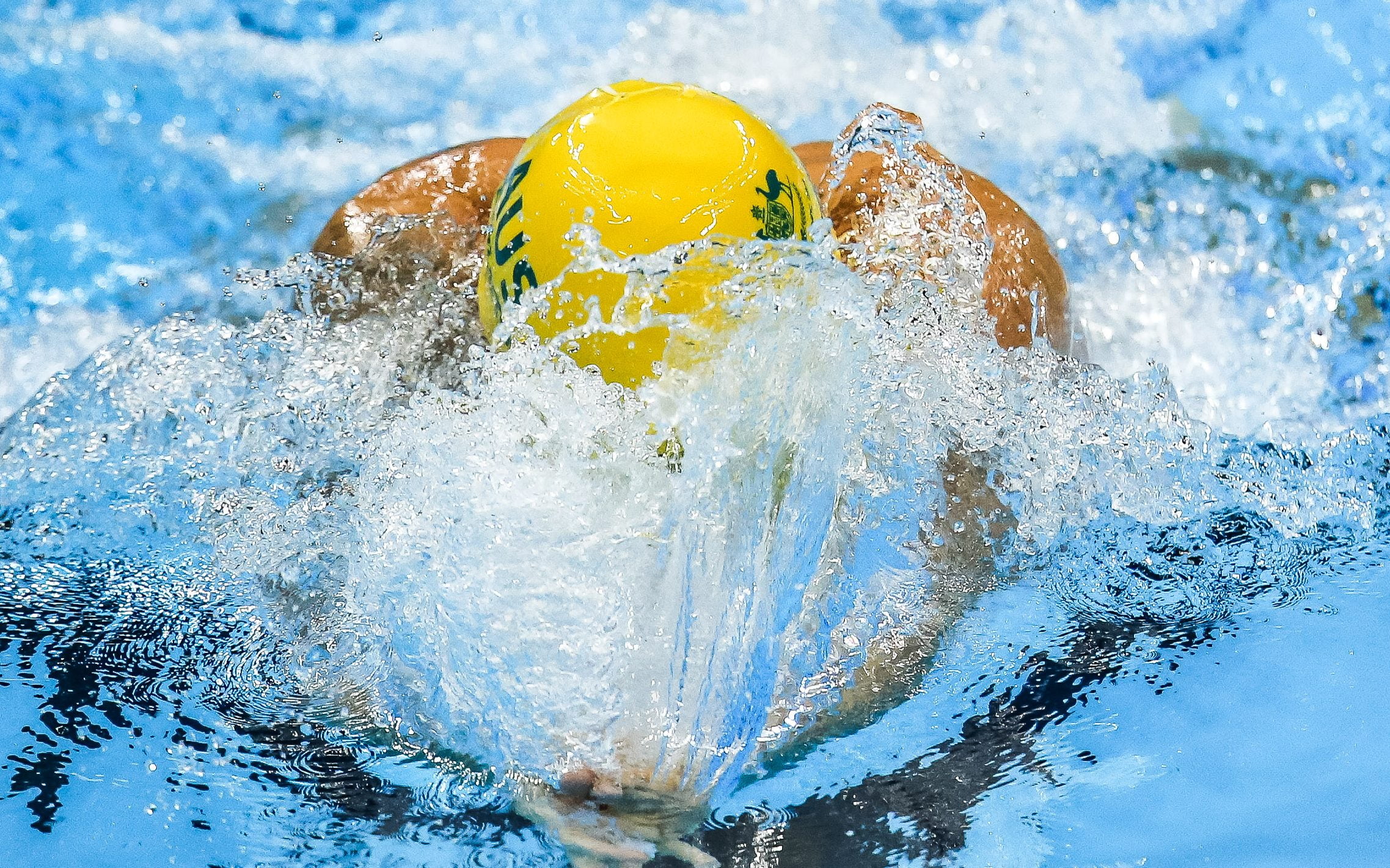 The green and gold was shining bright in Manchester, England, on Wednesday (4 September) night, as nine new members of the Australian swim team were warmly welcomed into the Dolphins family ahead of next week’s World Para-swimming Championships.

On what is always a special and treasured evening on the swimming calendar, the rookies – Ruby Storm, Col Pearse, Madeleine McTernan, Jake Michel, Jack Ireland, Ricky Betar, Jade Lucy, William Martin and Ella Jones – received the coveted gold caps they will don during the competition which kicks off in London on 9 September.

Our newest kids on the blocks were also bestowed a brown leather compendium and their official swimmer pin, while their fellow Dolphins teammates also received their gold caps for the Championships.

For Pearse, this was a monumental achievement, and he cannot wait to represent Australia for the first time on the international stage.

“It’s been a lifelong goal for me and feels amazing to finally have that green and gold, and to have the cap on when I’m on the blocks will be really cool.”

“Right now, it feels like I’ve been accepted into a big family, so it’s just awesome being able to spend time with the rookies as well as the experienced members of the team.”

“It’s feels amazing, it’s so great to be on the team,” Martin said.

Leading the presentations on the night were Dolphin leaders and Paralympians Ellie Cole, Monique Murphy and Blake Cochrane, as well as Swimming Australia’s Paralympic Performance Manager Adam Pine and the head coach of the Australian Para-swimming team, Brendan Burkett, who are also Dolphins.

“Being able to get it from former Dolphins and Paralympians like Adam Pine and Ellie Cole is pretty amazing,” Pearse said.