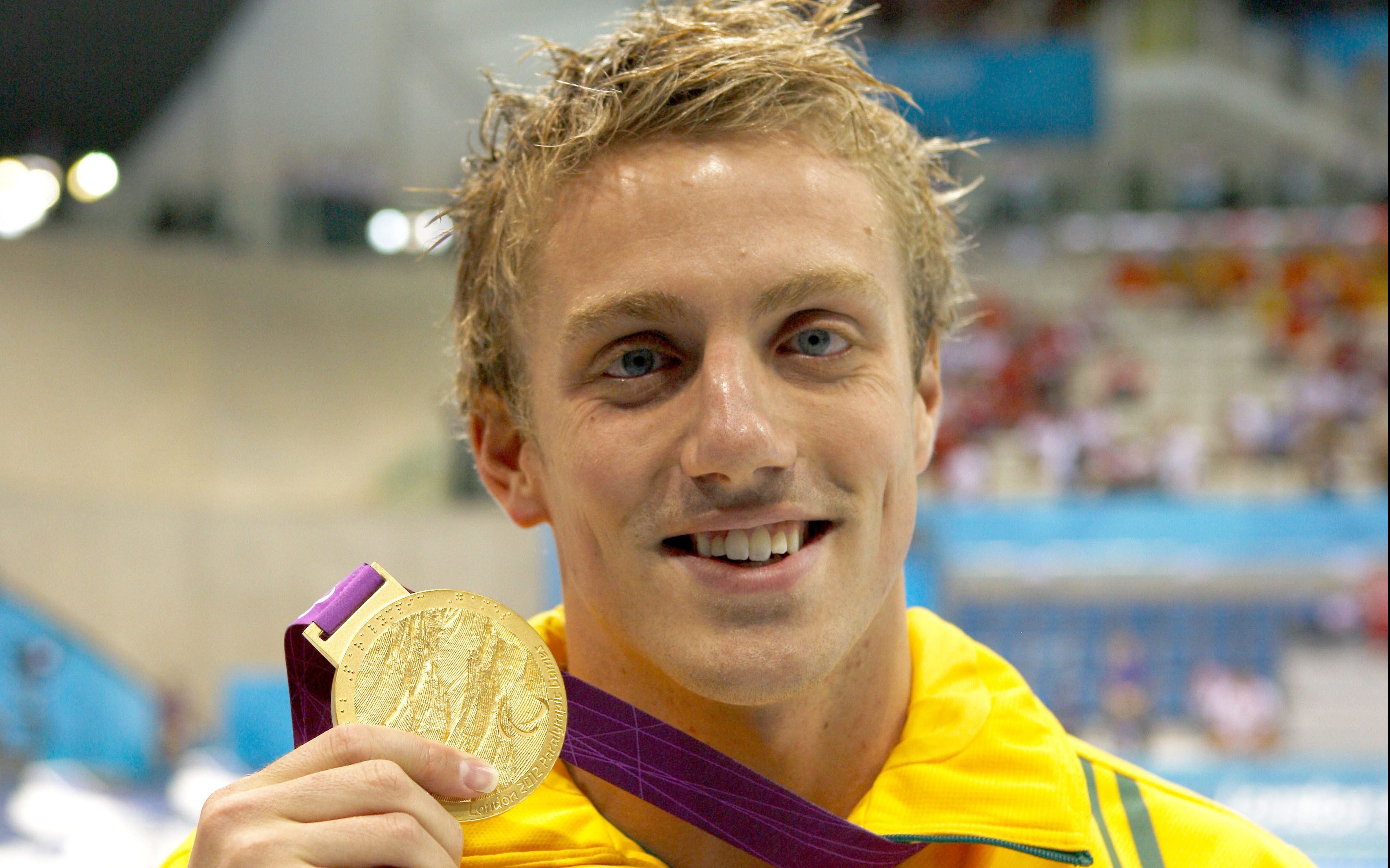 Matt Cowdrey OAM captured his first Paralympic gold medal as a 15-year-old, commencing a decade long medal collecting spree that ended with the South Australian being the most successful Australian in Paralympic history.

From the Athens Paralympics in 2004, to his swansong in London in 2012, Cowdrey won a total of 23 Paralympic medals, including 13 gold across three Paralympic Games.

Matt Cowdrey’s achievements will be celebrated at the sold out 35th Induction and Awards Gala Dinner on Thursday, 10th October, 2019 when he is inducted as an Athlete Member of The Sport Australia Hall of Fame and receives one of the highest honours that can be bestowed in Australian sport.

Introduced to the sport at the Norwood Swimming Club in Adelaide, Cowdrey began swimming at the age of five and by 11 had broken his first Australian open record and his first world record by 13.

“It wasn’t really the first sport I did.  Obviously not having the arm I did leg dominated sports to start off with, so little athletics and soccer or anything that didn’t really involve it. We had a backyard pool, so it was water safety more than anything and I was lucky enough to show a bit of talent.  It all moved pretty quickly from there,” Cowdrey recalls.

It was the Sydney Olympics and the Paralympics that followed that lit the fire inside the teenager.

“It really was the Sydney Games. I think for many of us it was the first chance we had to see the Games on any sort of real international level.  Louise’s demonstration event at the Olympics was the thing that got me hooked to watch two weeks later and that was the first time I had any real knowledge of the Paralympics.”

Four years later Cowdrey started his own Paralympic journey under the tutelage of coach Pete Bishop in Adelaide, taking the international scene by storm at his first Paralympics in Athens in 2004 at age 15. There he won three gold (100m individual medley S9, 200m individual medley S9 and the men’s 4x100m medley relay), two silvers and a bronze medal.

Looking back, Cowdrey says it’s incredible to think how far the Paralympic Games and the Para-sport movement in general have come since his first Games.

“Instead of swimming in the outdoor pool in Athens we were in the indoor water polo pool that was obviously significant smaller in seating capacity. There’s a range of other things that you notice in retrospect but at the time, when you were there, was the most exciting thing I’ve ever done. I just loved every second of it.”

“I think we had maybe a half an hour highlights package on the TV and that was it. In many ways I was lucky I grew and matured in the same way that the movement grew and matured across the all the years that I was involved.”

Cowdrey continued his stellar form into the 2012 Paralympics in London, winning a medal in every event – five gold (100m backstroke S9, 50m freestyle S9, 100m freestyle S9, 200m individual medley SM9 and the 4x100m medley relay), two silver and one bronze – and clearly identifying himself as Australia’s greatest ever Paralympian.

Cowdrey also won three gold and a silver across three Commonwealth Games campaigns (2006, 2010 and 2014) with double gold in the 50 and 100m freestyle both in world record time in Melbourne in 2006.

“A lot of my motivation wasn’t necessarily around medals, it was how fast I could swim and how much I can get out of myself. I never really had too much trouble with motivation. I was pretty lucky to have a coach that was very open to trying new things and doing things differently.”

His 13th and last Paralympic gold medal remains his favourite.

“My folks never really got the opportunity to come and watch any of the Games. They drove across to the Melbourne Commonwealth Games but that was it. They’d never seen a Paralympic medal and halfway through the Games we did a cross back to Australia and Uncle Toby’s worked out that they weren’t there and got them on a plane, got them passports and got them into the swimming pool just before the start of the 100 freestyle which ended up being the final Paralympic gold medal. So to have them see one in person and to share that was by far the most special.”

When he retired in February 2015 Cowdrey did so as one of the greats of Paralympic sport, having continued the legacies of trailblazers such as Louise Sauvage and Priya Cooper.

“I think a major component of what we’ve tried to do is raise the profile of Paralympic sport,” Cowdrey says.

“To have that acknowledgement through the Hall of Fame process is something that is pretty important to ensuring we have the stories of the past that are there for young up and coming athletes. It’s great to continue to grow the numbers in the Hall of Fame.”

“Without a doubt the change that happened over that period of time, the pathways that now exist that weren’t there previously. The recognition that athletes get that previously they didn’t. The difference from a societal perspective that has been made from people having a different exposure to people with a disability and changing some of the paradigms that were there is the most important thing of anything that we did through our careers.”

Cowdrey also won the Commonwealth Sports Award for Male Athlete with a Disability, was selected in Swimming Australia’s All-Star team in 2006 and 2007 and Swimming World magazine named him World Swimmer of the Year with a Disability in 2007, 2008 and 2012. He was selected as Australia’s Closing Ceremony Flag Bearer at the 2008 Paralympic Games, named Young South Australian of the Year in 2009 and inducted into the Australian Institute of Sport’s “Best of the Best” in 2011.

The South Australian Aquatic and Leisure Centre named its main competition pool after him, the Sydney Olympic Park Aquatic Centre inducted him into the Path of Champions, and he is an inductee of the Swimming South Australia Hall of Fame.

In 2005 Matthew Cowdrey was awarded a Medal of the Order of Australia for service to sport as a gold medallist at the Athens 2004 Paralympic Games and he continued his involvement in the Commonwealth Games by serving as Team General Manager at two editions of the Commonwealth Youth Games.  In 2018 Cowdrey was elected to the South Australian Parliament as the Member for Colton.

Chair of the Sport Australia Hall of Fame Selection Committee Rob de Castella AO MBE said: “Matt represented Australia with distinction and dominated the world for nearly a decade setting world records and winning Paralympic, world and Commonwealth gold medals. His commitment and success in and out of the pool has inspired athletes around Australia.”