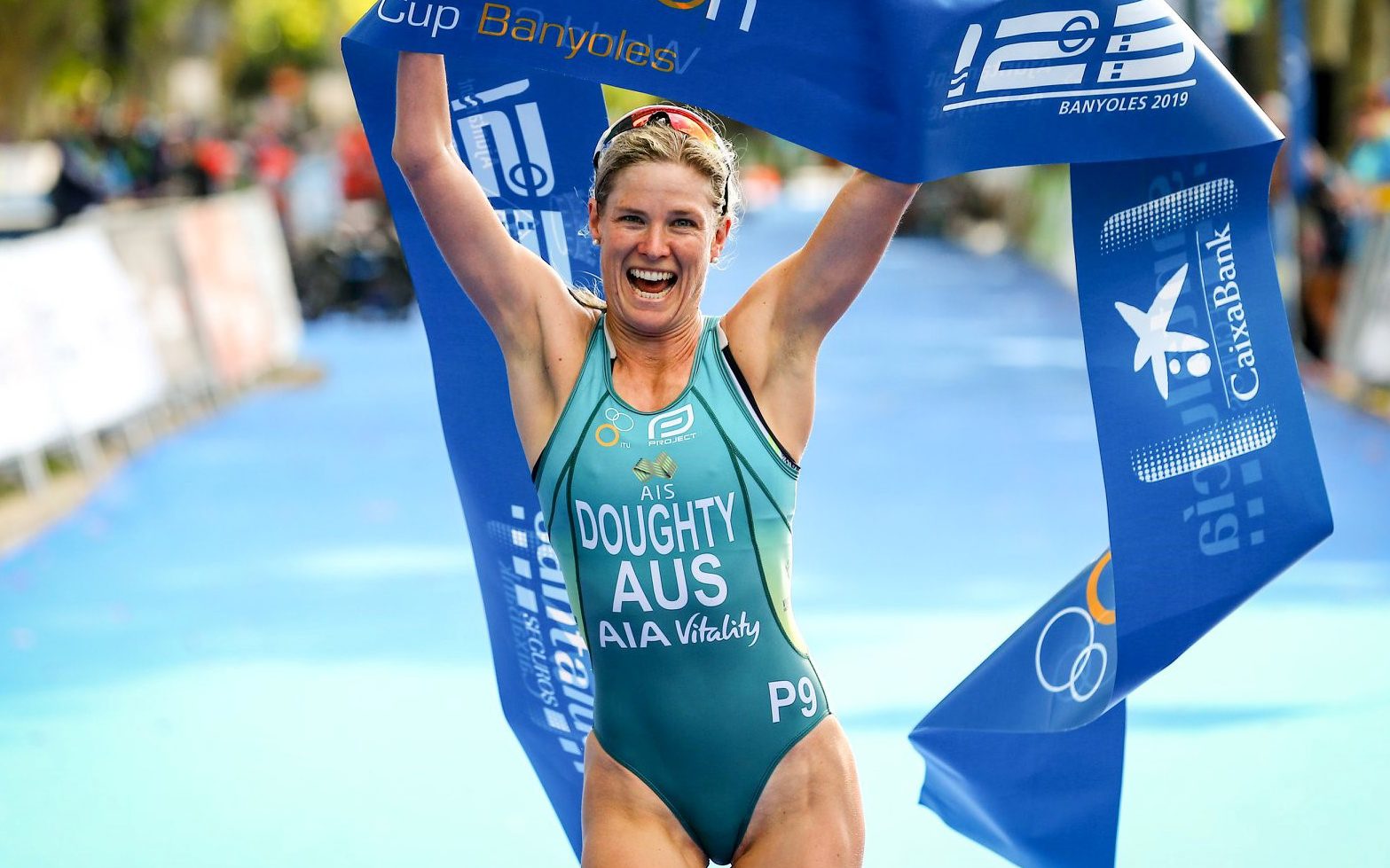 Backing up her maiden World Championships win in Lausanne, Switzerland, last weekend, Parker added yet another gold medal to her collection with a key win in Banyoles.

Setting a blistering pace through the swim and bike, Parker established a commanding lead early. However, teammate Emily Tapp was not far off her pace, working hard to put down the fastest run leg of the race in her bid to chase down Parker.

Parker kept her foot on the gas, with her earlier efforts in the swim and bike paying off as she sprinted home to her second consecutive win, while Tapp took a well-deserved silver medal.

Naess blitzed the field in the PTS5 class to claim her second World Cup win this season and end her 2019 racing calendar on a high note.

Setting the tone from the get-go, Naess made her intentions of a medal finish clear as she lay down the fastest swim and ride of the race. With a commanding lead over her rivals heading into the final leg, Naess sprinted home to a hard-earned gold medal.

Meanwhile, Sally Pilbeam fought her way back from a tough swim to earn herself a silver medal in the PTS4 class.

With Japan’s Mami Tani holding a well-established lead out of the water, Pilbeam put in the work on the bike and the run to find her way back into the race. Chasing down eventual bronze medallist Marta Frances Gomez (ESP), Pilbeam got the job done to take silver in 1:21:30 behind eventual winner Tani.

Nic Beveridge left everything out on the course in the PTWC class, taking home bronze in a time of 1:03:38.

After taking an early lead with a strong swim, Beveridge found himself quickly caught by a chasing Alexandre Paviza (FRA) and Jumpei Kimura (JPN), who set a cracking pace on the bike. With eventual winner Paviza establishing an unrelenting pace on the bike and run, Beveridge continued keep up the chase as he sprinted home to a deserved bronze medal.

Clint Pickin took an honourable fifth in the men’s PTS4, while Joshua Kassulke claimed eighth in the men’s PTS5, with both athletes gaining further valuable international racing experience as they turn their focus towards the domestic season and 2020.

By Triathlon Australia
Posted: 09/09/2019
Photo with thanks to Tommy Zaferes / ITU Media