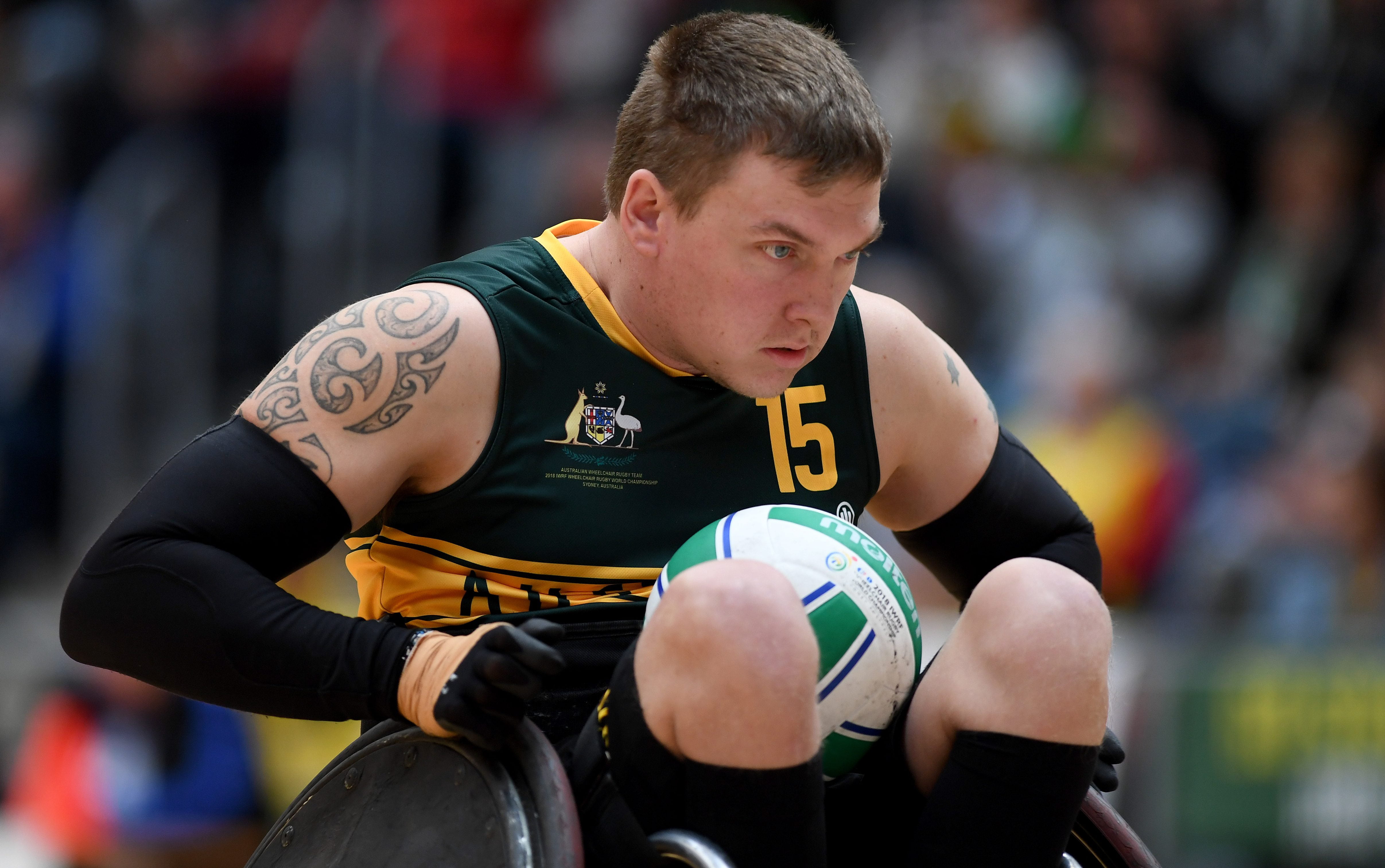 The Australian Steelers have qualified for tomorrow’s IWRF Asia Oceania Championship gold medal match after a loss and a win today (8 September), but will need to prepare for a gusty battle if they are to defend their regional title.

Although they are the world number one ranked team, the Australian Steelers were taken down by Japan 65-70 in their final preliminary match of the tournament, which went into quadruple overtime.

With both Japan and Australia unbeaten until this point, the Steelers were then forced to forge another path to the gold medal match; a semi final clash against New Zealand just hours later. The Steelers prevailed to win 63-44.

The Steelers were humbled by Japan in their earlier match, but it was not without a fierce battle.

Japan displayed confidence early into the match, scoring the first goal of the game but the Steelers were able to match each point, with both teams conceding just one turnover each in the first quarter. Australia finished the second quarter one point ahead of Japan, while Japan took the lead in the third, again by the narrowest of margins.

The fourth quarter saw the Steelers finally in a position to win the game, but defence slipped and scores were locked at full time.

Scores leveled out again in triple overtime, and it was only in the fourth period of overtime that the Steelers slipped, presenting Japan with an opportunity to score an extra five tries.

Although the loss meant an extra game for the Steelers, Australian Head Coach Brad Dubberley is looking at the positives and believes his team is still in with a good chance of taking the title.

“Six of the last nine times we’ve played Japan, we’ve come within one point – whether it’s us winning or Japan taking the game,” Dubberley said.

“This game today did present mixed emotions. We were expecting to win it towards the end of the match, but with Chris Bond still injured, we weren’t playing our strongest line ups, which shows we’re doing some great developing.”

Dubberley was able to exercise some of his newer athlete combinations and give less experienced athletes invaluable court time against one of the world’s best teams and still post a strong result.

“Ryley (Batt) played a lot of minutes, but some of our newer athletes like Shae Graham and Nick Scott were on court during those crucial moments. It’s really good to give those other line ups quality minutes, and at the same time show Japan’s best line ups a good game,” he said.

Making up for their mistakes, the Steelers took advantage of their second game against New Zealand, practising the intensity which they’ll need to display in tomorrow’s final.

Consistency was key to winning the match. Australia lead from the beginning scoring 17 tries in the first quarter, 16 in the second, adding 18 more in the third and rounding it off with 12 in the fourth. The Steelers also only gave up one turnover, which came from an offensive spin.

“Today’s semi final was about self preservation. Having had to play two games today, we were trying to get to the final tomorrow in the best shape possible, and we did that by giving our emerging athletes more time on court,” Dubberley said.

The Steelers will now face Japan again in the final, and know that every goal will be vital if they are to go into the Tokyo 2020 Paralympic Games as the regional champions.