Alcott advances to US Open final 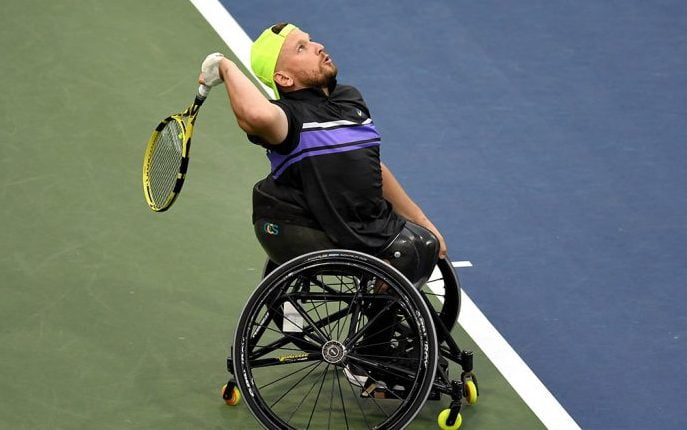 He will now take on Andy Lapthorne (GBR) in the final, who was the second-best performer in the round-robin stage of the event.

In thier round-robin match on Friday, Lapthorne earned four match points over Alcott before eventually going down 0-6, 7-6(3), 6-3.

Alcott remains unbeaten in 2019 – in both singles and doubles – and with his victory over Wagner, extended his singles winning streak to 23 matches. He is aiming for a historic calendar-year Grand Slam after scooping the Australian Open, Roland-Garros and Wimbledon titles earlier in 2019.

Alcott and Lapthorne will play their final in the first match of tomorrow’s schedule on Court 17, before combining later in the day for their doubles final against Wagner and Bryan Barten (USA).