Silver for Tapp in Tokyo 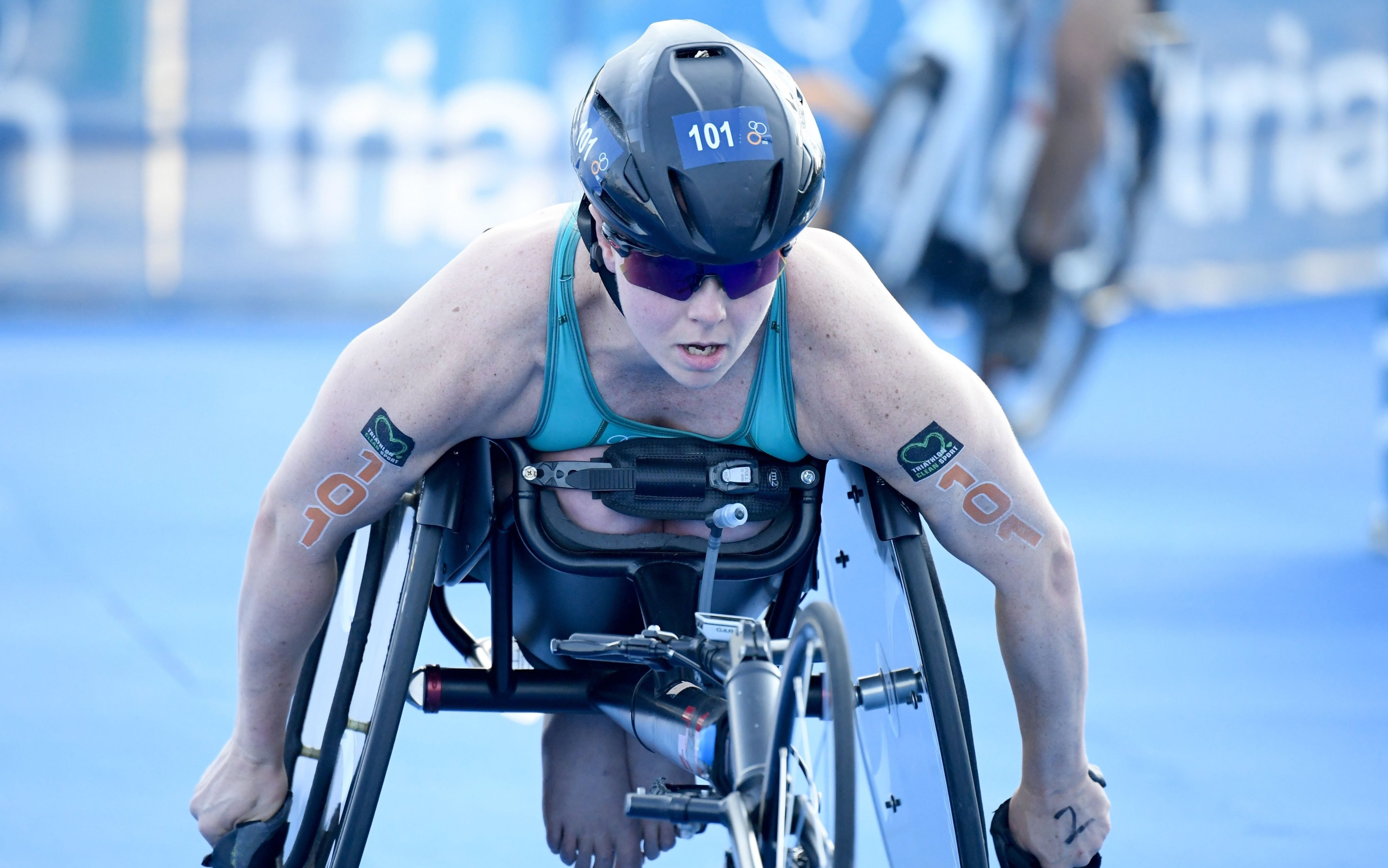 Our Para-triathlon team delivered on Saturday (17 August) at the 2019 International Triathlon Union (ITU) Para-triathlon World Cup as Emily Tapp (PTWC) kept her cool in the scorching conditions to win silver over the course she hopes to compete at next year at the Tokyo 2020 Paralympic Games.

Lauren Parker (PTWC) pushed herself to the limit for a bronze medal behind Tapp after Japan’s Wakako Tsuchida secured gold in front of a home crowd.

They were joined on the podium by Jonathan Goerlach (PTVI), who won bronze with his sighted guide Sam Douglas.

Paralympic gold medallist Katie Kelly (PTVI) did not finish her race, struggling with a niggling injury that she will return home to Australia to rectify before heading over to the 2019 ITU World Triathlon Grand Final in Lausanne, Switzerland, at the end of this month.

The day wasn’t what Paralympian Kate Naess expected either, unable to produce the performance she wanted and withdrawing on the run.

Tokyo served up its most challenging weather conditions of the week, with temperatures registering 30.5 degrees and no cloud cover, and the race format was altered to a duathlon (2.25km run, 20km cycle, 5km run) due to the water quality.

The PTWC athletes were first underway and Tsuchida’s marathon background saw her take an early lead on the first run leg from Tapp and Parker, before Tapp took control on the bike.

It was on the tough incline out of transition that Tsuchida reclaimed the lead and her marathon skills prevailed as she claimed the gold, with just seven seconds separating Tapp and Parker in second and third.

Speaking with Triathlon Australia after the race, Tapp said: “It’s one of those things [where] we have to control the controllables. We were wary about the conditions coming across for the test event and that it could be a duathlon, so we did strategise and put a plan B in reserve and I’m grateful we did.

Parker, who is normally out of the water first, was disappointed to learn that the swim had been cancelled.

“I found it really difficult in transition, going up the ramps in the race chair, but it will not be like that for Tokyo,” Parker said.

“The course is great, and I like the more technical bike.”

Goerlach was very positive about the result and how he handled the conditions, with just six seconds separating second and third.

“Disappointed it had to be a duathlon,” Goerlach said. “We’re all doing triathlons and want to do a swim as well.

“[But] it definitely played more to my strength having a run, bike, run, with the run my strongest leg.

“Didn’t have the speed to go with the Brits and the Americans at the start, lost a bit of time in transition and getting on the bike cost us a second. We were only about five to 10 seconds [behind] in the end.

“But it was about com[ing] to try and test the course. I’m happy to get on the podium and looking forward to Lausanne in two weeks,” said Goerlach.