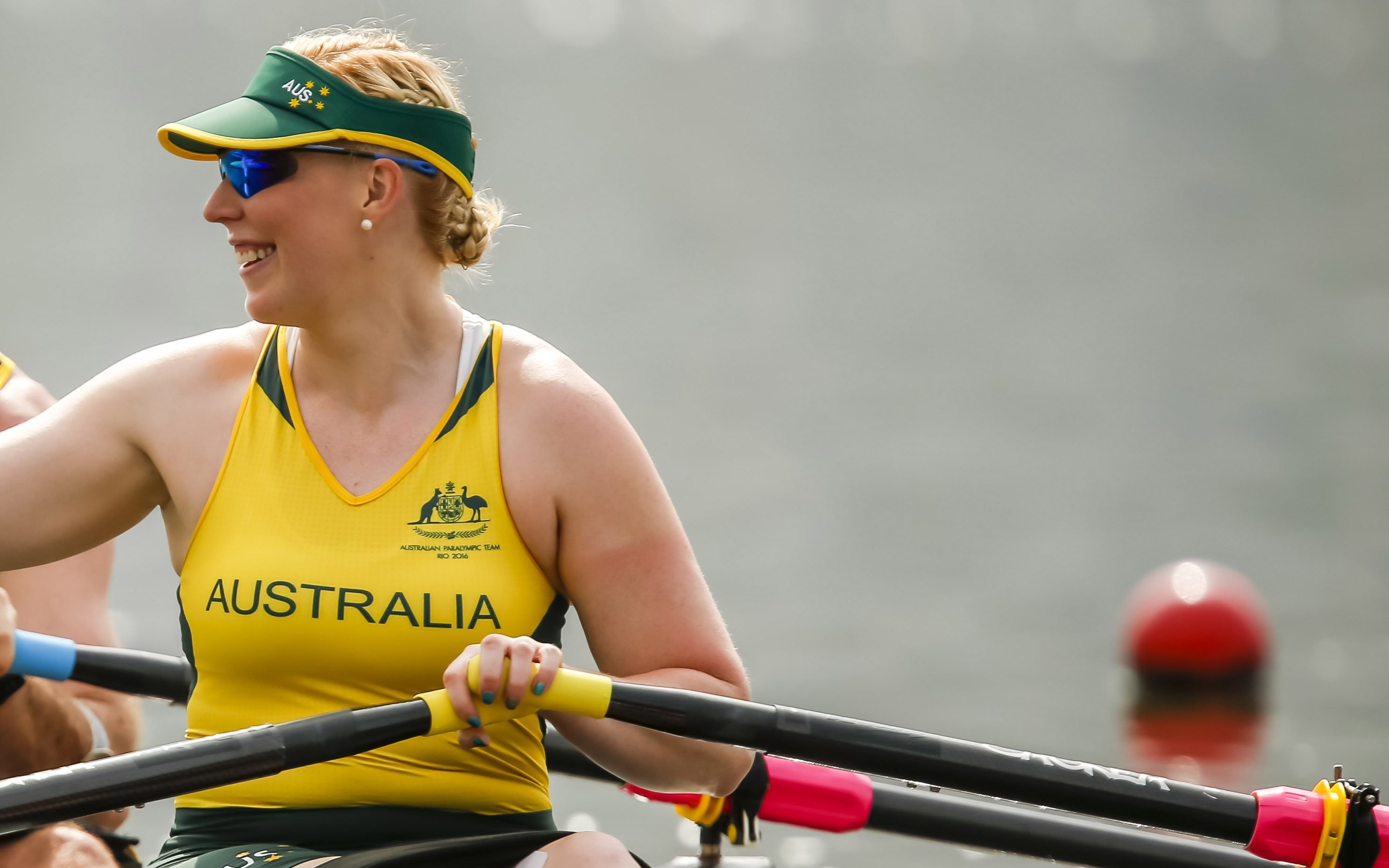 Kathryn Ross made a triumphant return to international competition yesterday (30 August), with the three-time Paralympian winning gold in the women’s single scull PR2 at the 2019 World Rowing Championships in Ottensheim, Austria.

Ross was not the only Australian on the podium today, with Jed Altschwager and Will Smith also claiming silver in the men’s pair PR3.

Ross continued her dominant performance in the women’s single scull PR2 after setting a world’s best time in her heat, taking a commanding lead from the start and crossing the line in a time of 9:37.

“I’m ecstatic,” Ross said. “All the hard work has paid off. Not once did my coach [Renae Domaschenz] not think it was possible – she believed in me and got me to where I am today.

“It’s great being in the World Championships environment. It’s amazing how much I’ve missed it, the excitement, the adrenaline, and all the wonderful people that run events like this one.

“I love being part of the Australian rowing team. We’re one big family and we all support each other – it doesn’t matter what boat class you’re in, everyone’s behind you all the way,” she said.

Altschwager was in Australia’s men’s pair PR3 that won silver in 2018. This year, the South Australian was joined by Australian Para-rowing team debutant Will Smith, and the duo were taking on the reigning world champions from Canada, who sat in the lane next to theirs.

At the halfway mark, it was tight between Canada, Australia and France. The leading group moved away from the pack, with Altschwager and Smith edging ahead, before Canada made a second push. As the crews approached the line, both Australia and Canada went to 35 strokes per minute, but it was Canada who took gold for the second year in a row, with Australia picking up silver, and France, the bronze.

“It’s been an amazing experience for me,” Smith said. “It was pretty daunting coming into my first senior team, but with a good support staff and team around me, it’s been a really easy transition into this level of competition. I’m really grateful to be here and stoked to have won a medal.

“The goal from here, and big picture, is now about selection next year, with Jed and I both wanting to get into the mixed four PR3 for the Tokyo 2020 Paralympic Games. Coming off the back of this World Championships, we’ll have a little break, reset and have a clear mind and focus on 2020.”

Five-time world champion Horrie booked himself a spot in Sunday’s A final of the men’s single scull PR1, and in turn, booked Australia a berth at Tokyo 2020. The Australian led the semi-final for the majority of the race, before crossing the line in second to progress to the final.

Tonight, Australia will be represented in the mixed coxed four PR3 A final.