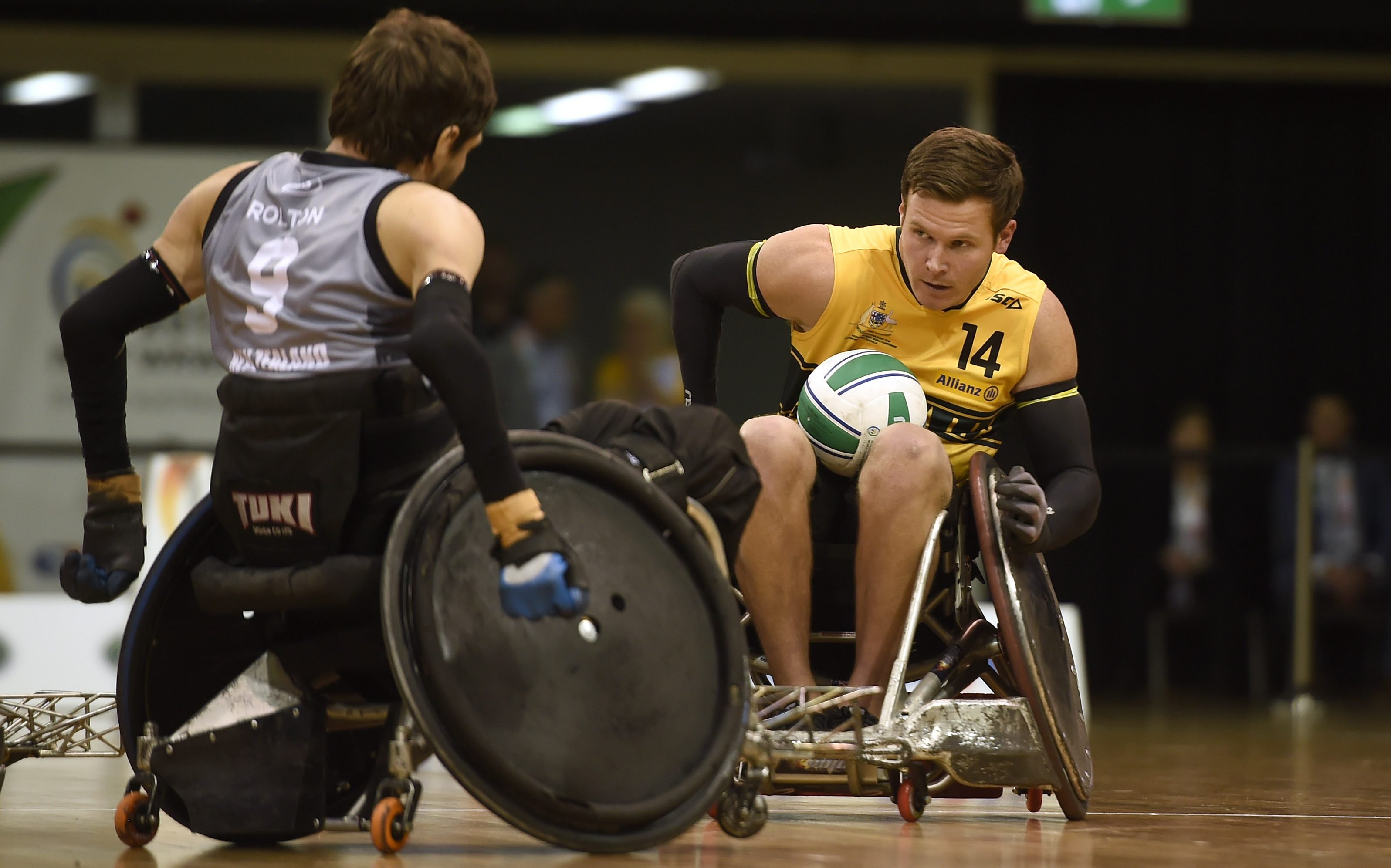 Tokyo 2020 qualification is already secure for the Australian Steelers, but that doesn’t reduce the importance of achieving victory at the IWRF Asia Oceania Wheelchair Rugby Championship next month in Gangneung, South Korea.

The Asia Oceania Championship is a major qualifying event for the Paralympic Games and typically presents a nerve-jangling proposition for combatants fighting for a life-changing ticket to the sport’s ultimate showcase.

As two of the top three teams in the world, Australia and Japan have already confirmed their tickets to the big dance next year.  It leaves New Zealand, Thailand and the South Koreans in a three-way battle royale to seal their position in the eight-team draw for Tokyo 2020.

But if the Steelers think they will arrive in South Korea under no pressure and with nothing to prove, they obviously haven’t been listening to their head coach Brad Dubberley.

Every game from now until Tokyo 2020 is an important audition for Paralympic selection and players displaying the right attitude is a big factor for the master mentor.

“It is a bit of a relief to have already qualified for Tokyo so we won’t have to worry as much about the results, but that doesn’t mean we aren’t taking it seriously. We are,” Dubberley said.

“Anytime we play Japan and New Zealand, it’s a war. If we’re complacent, they can embarrass us.

“And while South Korea and Thailand are developing nations in our sport, they are going to love testing themselves against us and are likely to try and unsettle us. We need to keep our heads down and make sure we continue to work hard.

“There is a lot at stake over the next 12 months.”

It will be the first international outing for the Steelers since their disappointing tour of the United States in May, which saw them finish fourth at the Four Nations featuring Great Britain, Japan and the United States.

“We learnt a lot from our US Tour and now it’s about converting those lessons into practical outcomes and growing further as a Team,” Dubberley said.

“The biggest lesson we have learnt is the gap between the world’s top teams has never been narrower, the four or five best teams can beat each other on any given day.”

“It’s a massive motivator for us to keep finding ways to improve and to not waste any opportunity to play well at international level, whether it’s against Thailand competing at their first ever Asia Oceania Champs next month, or [current world champions] Japan. Every game counts.”

Dubberley said the selection of Nicholas Scott will be another intriguing plotline at the tournament.

Scott is an elite wheelchair basketballer and has been pushing his claim for Australian Rollers selection in recent years. His decision to move across to try wheelchair rugby in recent months is an exciting boost for the Steelers.

Paralympics Australia and Basketball Australia collaborated on Scott’s transition after it became evident that he was not a high likelihood of selection for the Rollers’ Tokyo campaign.

“Nick has many skills that transfer quite easily from wheelchair basketball. He obviously has great chair skills and great vision on court. But he is on a steep learning curve right now about the finer points of our sport,” Dubberley said.

“We still have a lot of work to do to optimise his chair setup and build combinations but already we are seeing some promising signs from him.”

Australia open their Asia Oceania Championship campaign against Thailand (September 6) before clashing with New Zealand (September 6), South Korea (September 7) and Japan (September 8). The top qualifier will move directly into the gold medal match on September 9 and will meet whoever emerges from the semi-final quagmire.

The highest finisher aside from Australia and Japan qualify for Tokyo 2020.