Para-triathletes ready to test out Tokyo 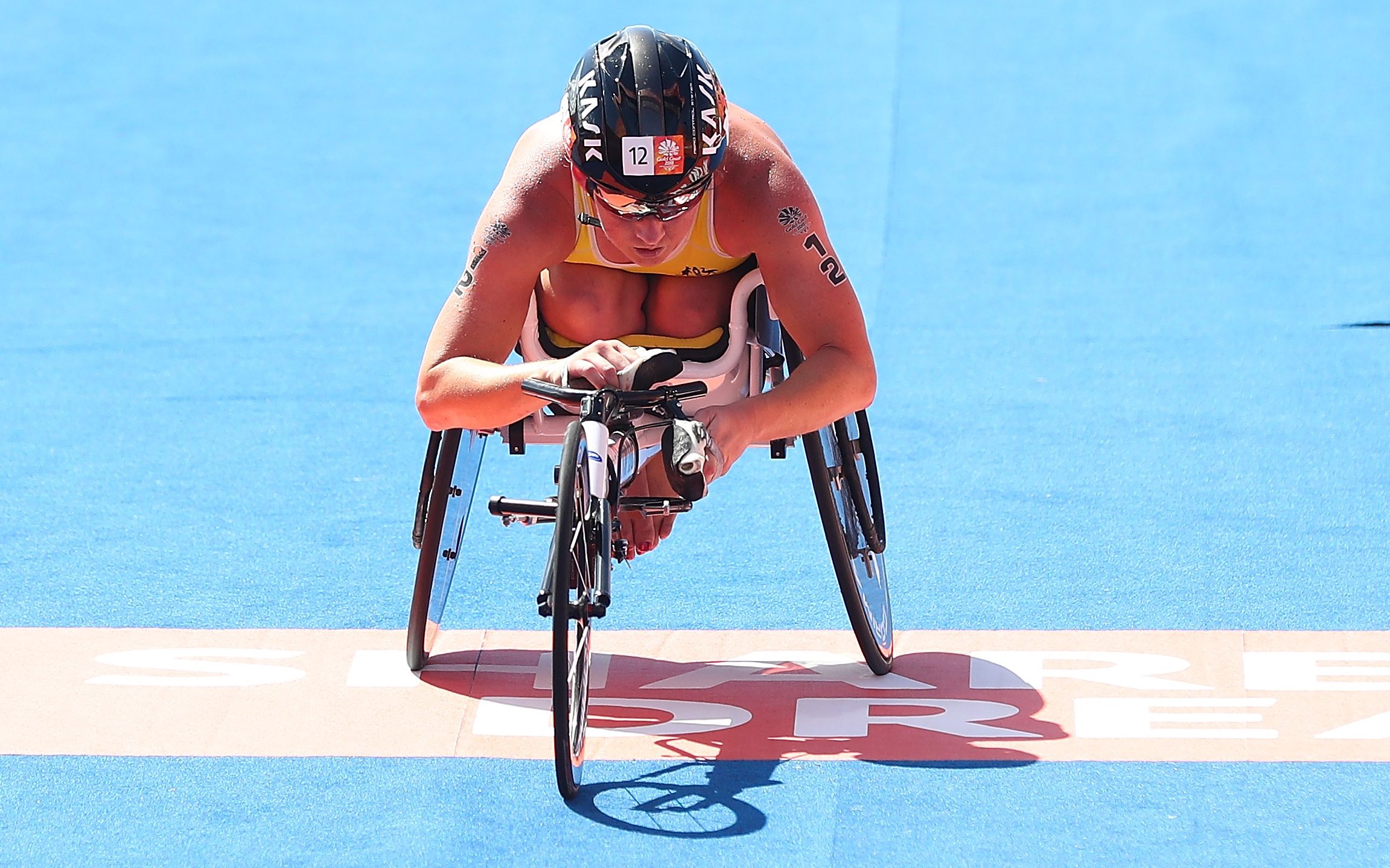 Seven of Australia’s top Para-triathletes will have the chance to test out the Tokyo 2020 Paralympic Games course and earn valuable Paralympic qualification points when they hit the starting line for the 2019 International Triathlon Union (ITU) Para-triathlon World Cup in Tokyo, Japan, on Saturday (17 August).

In just the third major race of the 2020 Paralympic qualification period, the Australians will be looking to build on their current rankings and refine their racing ahead of the World Championships in Lausanne, Switzerland, later this month.

After taking the win at the World Cup in Devonport, TAS, earlier this year, as well as third and fourth at World Para-triathlon Series (WPS) events in Yokohama, Japan, and Montréal, Canada, respectively, Lauren Parker is looking to gain further selection points and solidify her ranking with a strong result at this weekend’s Test Event.

Speaking to Triathlon Australia, Parker said that she’s looking forward to showcasing her form in a jam-packed month of travelling, training and racing.

“The opportunity to race in the Tokyo 2020 Paralympic Test Event is very exciting. It will be great to get familiar with the course, as well as the conditions,” Parker said.

“There has been a lot spoken about the warm racing conditions we can expect. If I had to choose, I’m always a much bigger fan of racing in the heat than the cold, so hopefully the hotter temperatures will suit me.

“Of course, the Test Event is also the next opportunity to add more points and strengthen my position on the women’s PTWC Paralympic qualification rankings table.

“The competition in the women’s PTWC category is super strong at the moment, and I’m expecting it to be a tough battle once again in Tokyo.”

Joining Parker in the PTWC class is Commonwealth Games teammate Emily Tapp. Coming off the back of her WPS win in Montréal in June, Tapp will be looking to put together another strong performance in Tokyo this weekend as she works towards gaining selection to her first Paralympic Team.

Parker and Tapp will have their work cut out for them, with a world-class field set to join them on the starting line, including 2018 Commonwealth Games gold medallist Jade Hall (GBR) and winner from the 2019 ITU Para-triathlon World Cup in Besançon, France, Kendall Gretsch (USA).

Just seven months after making an assertive return to elite competition with gold at the 2019 ITU Para-triathlon World Cup in Devonport, TAS, Kate Naess is one to keep an eye on in the women’s PTS5. Coming off the back of an impressive victory at the 2019 ITU WPS in Milan, Italy, earlier this year, Naess will continue to make her case for a second Paralympic appearance when she takes to the field in Tokyo on Saturday.

Katie Kelly and David Bryant will commence their Paralympic qualifying this weekend, after both athletes put together successful races in their respective classes in Devonport earlier this season to take home gold, while Devonport World Cup silver medallist Jonathan Goerlach will be looking to go one better in Tokyo and claim his first World Cup gold of the season, as well as valuable Paralympic qualification points. Clint Pickin will also be looking to continue his recent run of success in Tokyo, after taking home silver from Devonport and bronze from Magog, Canada.