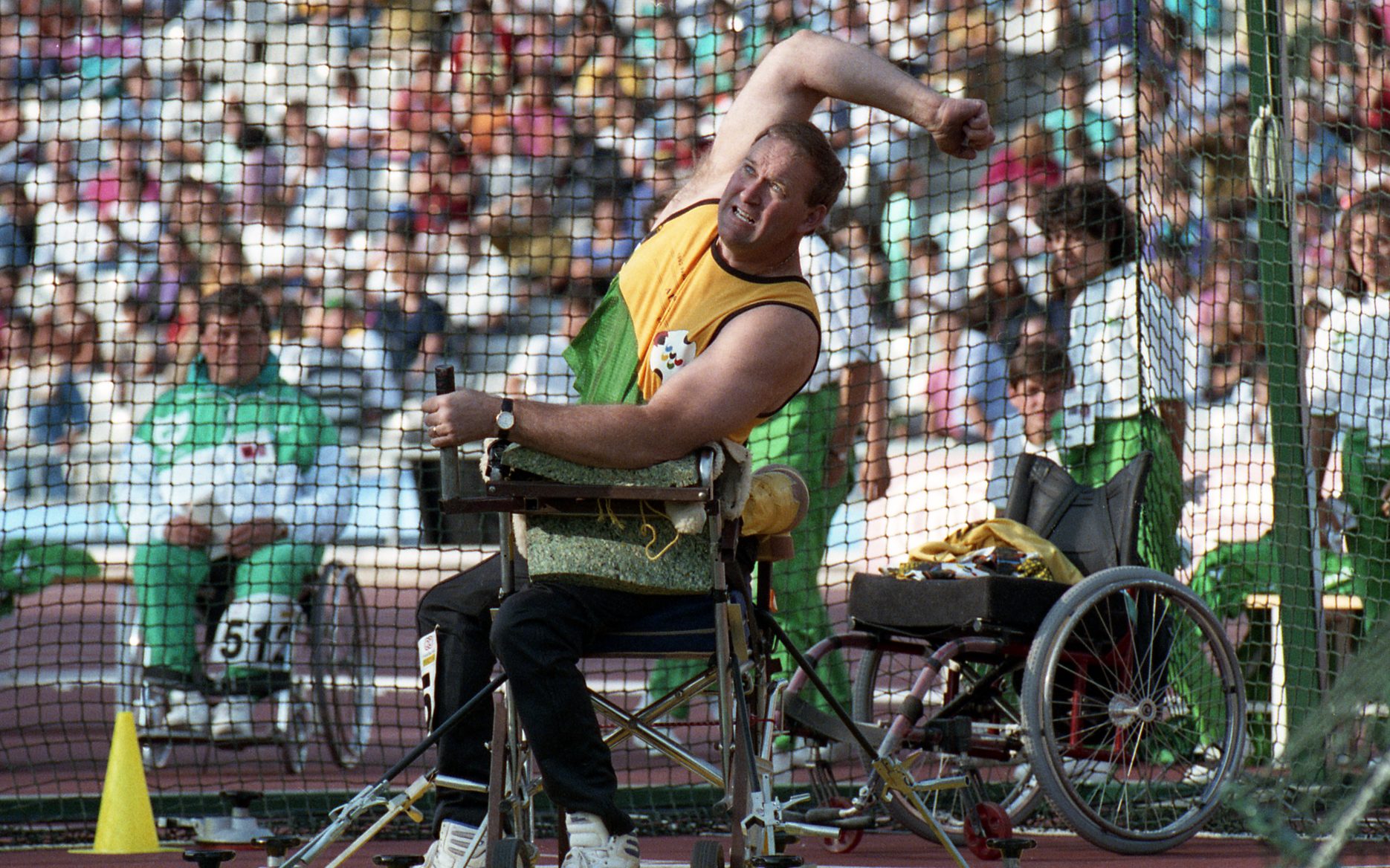 The Australian Paralympic community is in mourning following the passing of five-time Paralympian Bruce Wallrodt OAM, aged 67, on Tuesday (2 July).

Wallrodt made his Paralympic debut more than 30 years ago at the Seoul 1988 Paralympic Summer Games. He won three medals – two gold, one bronze – in Para-athletics, setting the tone for a stunning career that spanned five Paralympic Games and inspired dozens of other young Australians with a disability who dreamed of representing their country.

Between 1988 and 2004, Wallrodt reached the Paralympic podium nine times. He won four gold, three silver and two bronze medals, as well as two gold medals at the 1990 World Championships.

“Paralympics Australia was deeply saddened to learn of Bruce’s passing, and our heartfelt condolences are with his family and friends, including those who competed alongside him at the Paralympic Games,” Anderson said.

“Bruce knew what it took to excel at the highest level, and his determination to reach new heights inspired a generation of young Australians with a disability to aim high. He will be sorely missed.”

Esteemed Para-athletics coach Chris Nunn recalled: “Brucey was one of the first serious seated throwers, and really set the benchmark for seated throwers to come. He gained respect throughout the world for his competitiveness, and his discipline and commitment to training was unlike many we had seen.”

And where there was Wallrodt, there was Terry Giddy.

The two met through and bonded over Paralympic sport, but their friendship lasted well after both their Paralympic careers had ended. Giddy, a six-time Paralympian and celebrated seated thrower in his own right, last spoke to Wallrodt just last week.

“He didn’t let on that he was crook, but that’s Bruce.

“I think that I can say that he’s the best mate I’ve had. It’s a rare, rare friendship between two blokes who changed their lives together.

“He was just a bloody good bloke.”

Wallrodt became a Member of the Order of Australia in 1993 and was presented with the Australian Sports Medal in 2000.