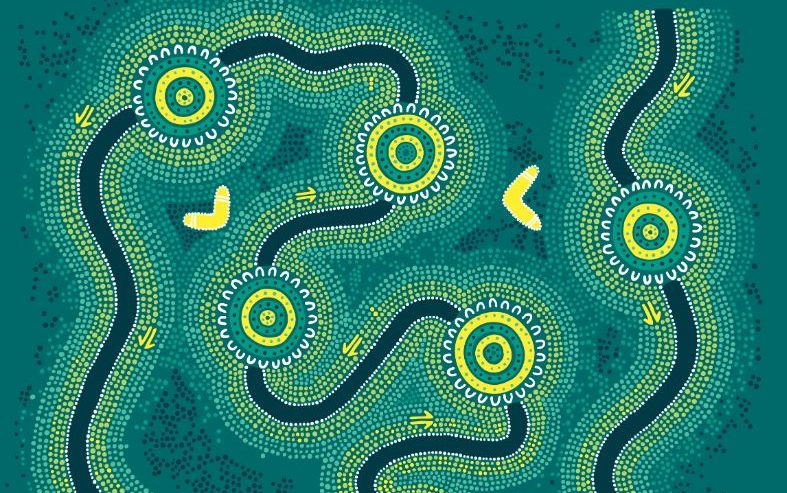 In celebration of NAIDOC week, Paralympics Australia is proud to unveil the Indigenous design which will feature on the 2020 Australian Paralympic Team uniform.

The artwork by Indigenous artist Rheanna Lotter will be intertwined with the Tokyo 2020 uniform and has been designed specifically for the Australian Paralympic Team to give every member a sense of purpose as they compete for our nation.

Chef de Mission of the 2020 Australian Paralympic Team Kate McLoughlin said it was a proud moment when the 2016 Team wore an Indigenous pattern on their uniform and the 2020 edition will bring added significance and meaning.

The artwork is made up of eight circles to reflect Australia’s eight States and Territories, where athletes have begun their own journeys. Each circle is different, to represent the diversity of the Team.

“We’re extremely proud that our Paralympians will celebrate our nation’s Aboriginal and Torres Strait cultural heritage at Tokyo 2020,” McLoughlin said.

“In 2016, our athletes were honoured to wear something that celebrated Indigenous Australia’s rich history and culture, and for Tokyo, we wanted to make the feature more prominent and for the meaning to make a bigger impact on our Team.

“The circles in green and gold represent our land, and each have tracks between them to indicate the interconnectedness between the athletes, despite coming from different places and different backgrounds.

“Boomerangs are scattered through the pattern to highlight the challenges, and setbacks faced and overcome by athletes as they head towards the Games. They also represent tools of determination and an expression of the Team’s fierce competitive spirit. The tracks represent the animal spirits guiding the journey and protecting athletes.”

For Indigenous Paralympians Torita Blake and Amanda Reid, the inclusion of the designs in the uniform is a source of immense pride.

“All Aboriginal artwork tells a story and in the Paralympics, all athletes have a different story,” said Blake, a two-time Paralympian in athletics.

“I am a proud Indigenous woman from the Dhungutti people and I’m proud to represent the longest living culture in the world.

“We all wear the green and gold with pride but to be wearing Indigenous art like this is amazing and for the entire Australian Team to be doing that too, it’s so special”

The full design of the 2020 Australian Paralympic Team’s competition, casual and ceremonial wear will be unveiled early next year in conjunction with Official Suppliers R.M. Williams, The Garment Exchange, Jockey, Birkenstock and Speedo.