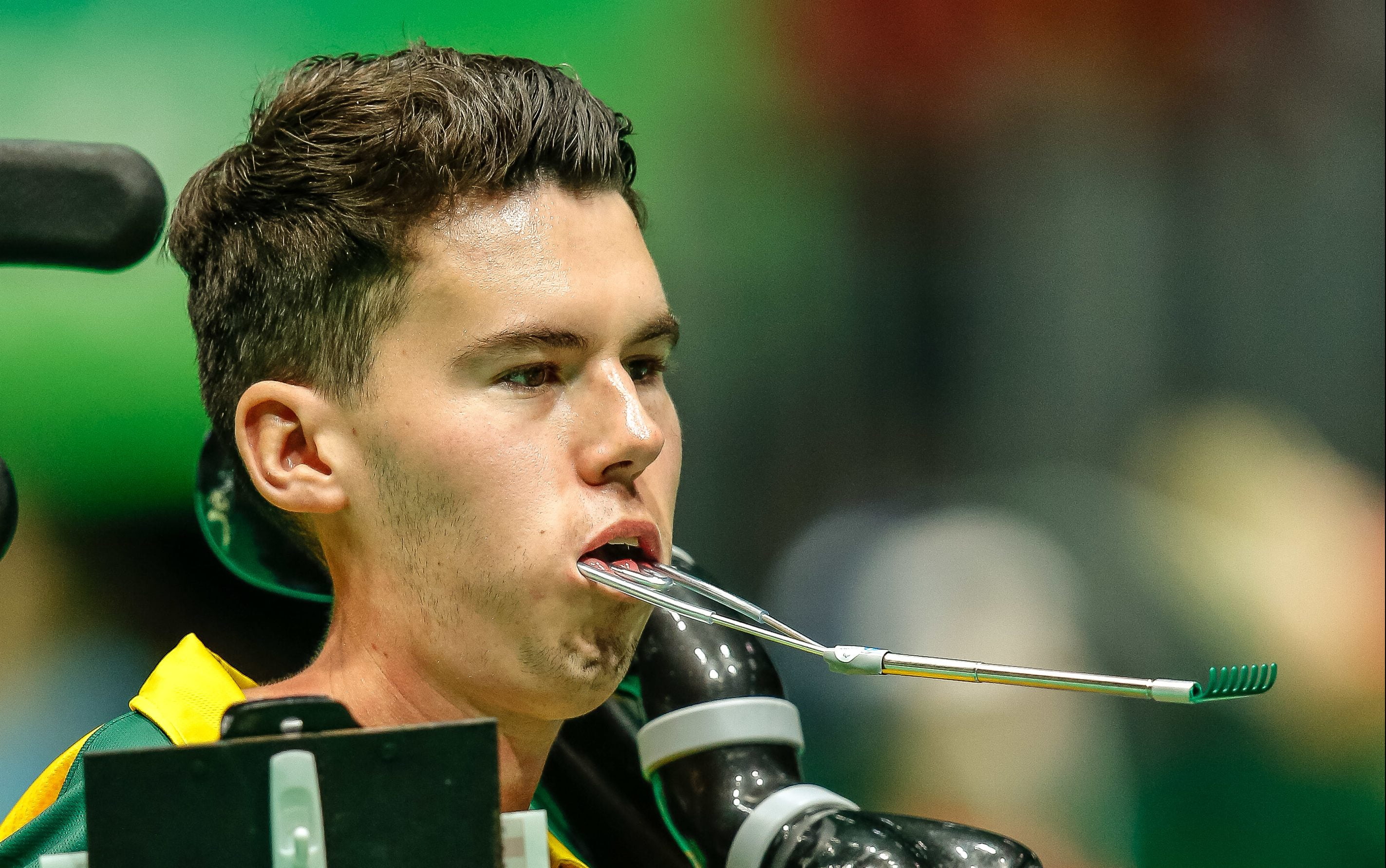 Dan Michel’s technical and mental skills appear to have aligned at the right time with qualification for the Tokyo 2020 Paralympic Games picking up.

The 2019 BISFed Boccia Asia-Oceania Regional Championships begin today (2 July) in Seoul, South Korea, where the top-ranked athlete from each event obtains a slot for their nation toward Tokyo 2020.

So far, the momentum appears in the Australian’s favour.

“I’m playing the best boccia I have ever played and want to take the next step in becoming a dominant all-time athlete,” Michel said.

Michel won the first gold medal this season at 2019 BISFed Boccia World Open in Hong Kong in May, catapulting him to No. 2 in the world in the BC3 category. He is behind Greece’s reigning world champion Greg Polychronidis but leads the Asia-Oceania region.

“It is probably the medal I am most proud of,” Michel said. “That event was absolutely loaded with talented BC3 players, and I felt I was able to put together a really dominant performance over the three days of competition.”

The 23-year-old also helped his teammates Spencer Cotie and Jamieson Leeson to a bronze in the mixed pairs BC3.

“At this stage in my career, it’s more about fine-tuning and adjusting some detailed aspects of the technical and tactical sides of the game to ensure I am sharp and ready for the multitude of situations that can arise during a competition,” Michel said.

Among the big names he will face in Seoul is South Korean favourite and silver medallist from the 2018 BISFed World Boccia Championships, Howon Jeong.

“Jeong is the greatest of all time, and Hong Kong’s Yuenkei Ho has been also a very strong competitor for the past few years,” Michel explained. “At the end of the day, every athlete is capable, and it will take a strong campaign to win a gold.”

However, he is not simply aiming for the top of the podium.

“My main objective is to put on some good performances I can be proud of, regardless of the result.”

The Aussie learned what attitude a top player needs at the 2018 World Championships in Liverpool, England, where he won a silver medal in the mixed pairs BC3 and bronze in the mixed individual BC3.

“I was happy with the way I was able to perform in 2018, coming off a breakthrough season in 2017,” Michel said. “Obviously the two Worlds medals were the highlight and were a great reward for the amount of work my team and I had put in.

“Being able to play good boccia in the pressure cooker of a major event is something every athlete looks for.

“Picking up the bronze at Worlds felt like a pretty just outcome for where I am at with my game, and I think it’s a great platform to build off heading towards Tokyo 2020.”

Now Michel is devoting himself to a Paralympic title.

“It really does mean everything. It is my ultimate goal.”

“In Rio de Janeiro, I was still very much a developing athlete with low expectations about my ability to win,” said Michel, who began competing in 2011.

He sees himself standing on a different position in 2020.

“Now I am the world No. 2, and I feel so excited to be in a position to better compete for one of those coveted medals,” he continued. “I’m going to prepare as diligently as I can to ensure I put myself in the best position to have that success.”

The 2019 BISFed Boccia Asia-Oceania Regional Championships run until 10 July and can be followed here.