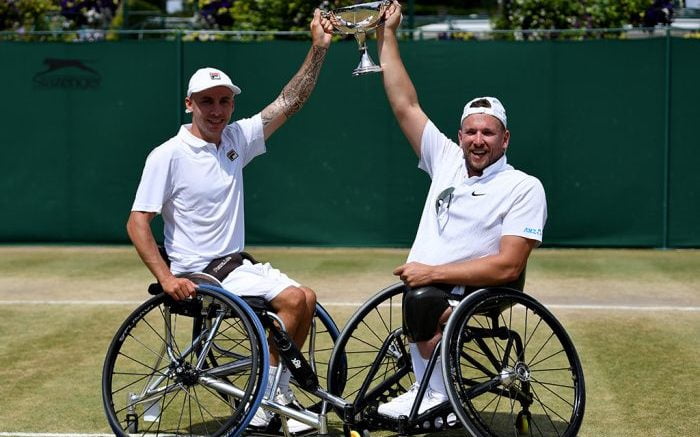 They will now go from friends to foes as they prepare to clash in tonight’s quad singles final.

“To Andy – thanks for playing doubles with me, brother,” Alcott said. “We’re playing in the singles final tomorrow so I hope I pump you.”

Alcott’s win in the doubles means the world No. 1 is now undefeated in 17 matches in 2019, currently boasting win-loss records of 11-0 in the singles and 6-0 in the doubles.

He arrived in the singles final at Wimbledon after a 6-3, 6-4 win over Sugeno in Thursday’s (11 July) semi-finals.