Alcott through to Wimbledon final 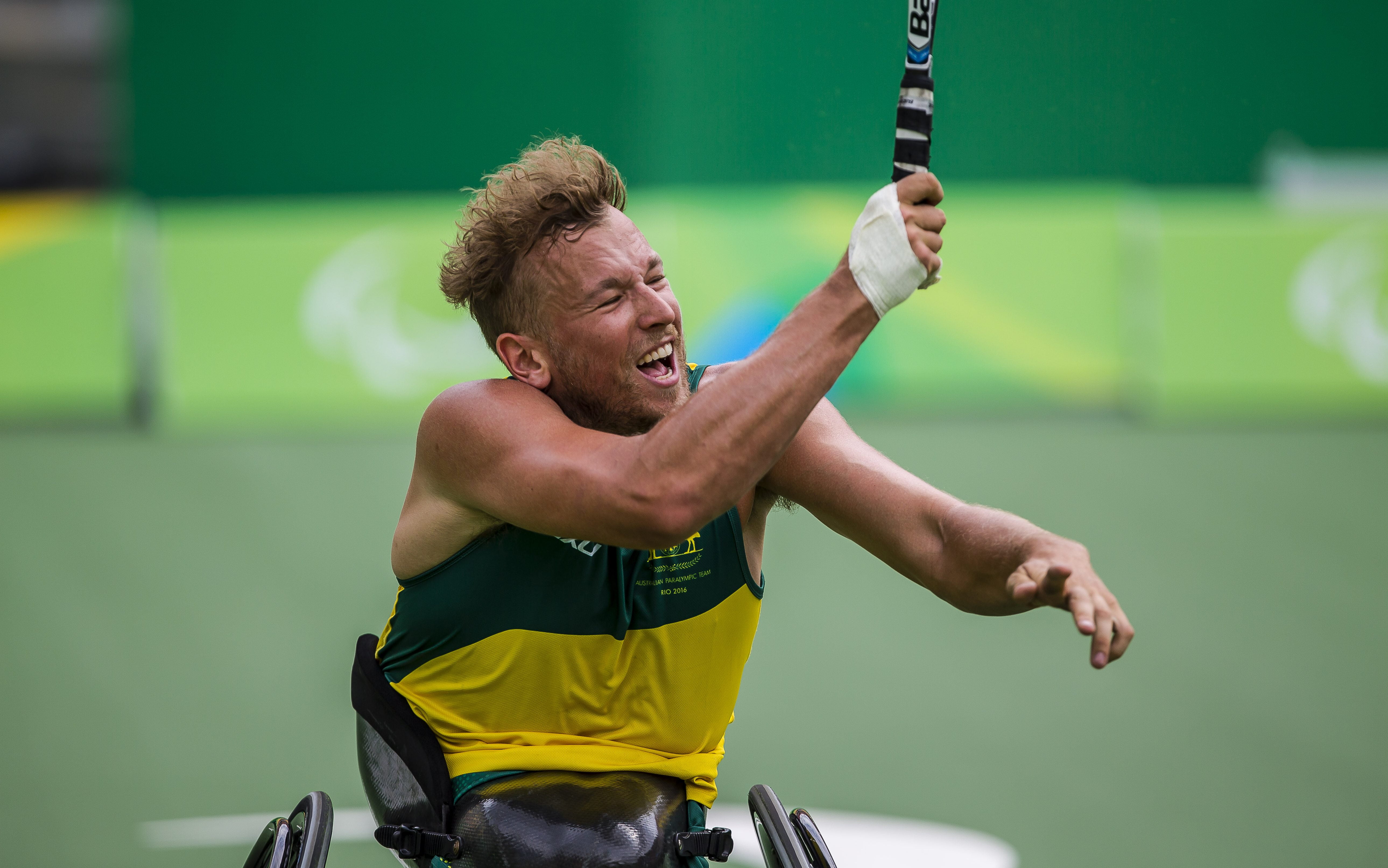 Dylan Alcott was a straight-sets winner on Thursday (11 July) to progress to the Wimbledon quad singles final, where he will face Great Britain’s Andy Lapthorne.

Playing under sunny skies on Court 14, Alcott defeated Japan’s Koji Sugeno 6-3, 6-4 to become the first winner of an official quad singles match at the All England Club. Alcott won his semi-final in one hour and 11 minutes, just one minute before Lapthorne defeated David Wagner (USA) 7-5, 6-4.

“I know what it’s like to play the Australian Open final in Australia and it’s awesome,” Alcott said. “So for him [Lapthorne] to have that, that’s pretty cool. How good’s that? A Brit in the first final for quad wheelchair tennis.

“I’m looking forward to it. We’ve played each other a million times, so let’s go out there and play tennis. I’m not going to go watch film or anything because you kind of know what’s going on.”

“I didn’t get nervous really at all,” Alcott said. “I was excited. I was kind of rushing a bit.

“I played a really good [ninth] game and he [Sugeno] had break points at 5-4 and I was serving a lot to his backhand, because that’s the weaker side, and down 5-4, second serve, break point, I hit an ace out wide and then I was like, ‘I’ve won here’.

“Went bang bang and got it done.”

Alcott is undefeated in 11 singles matches in 2019, and will now shoot for his third straight quad singles Grand Slam of the season after earlier triumphing at the Australian Open and Roland-Garros.