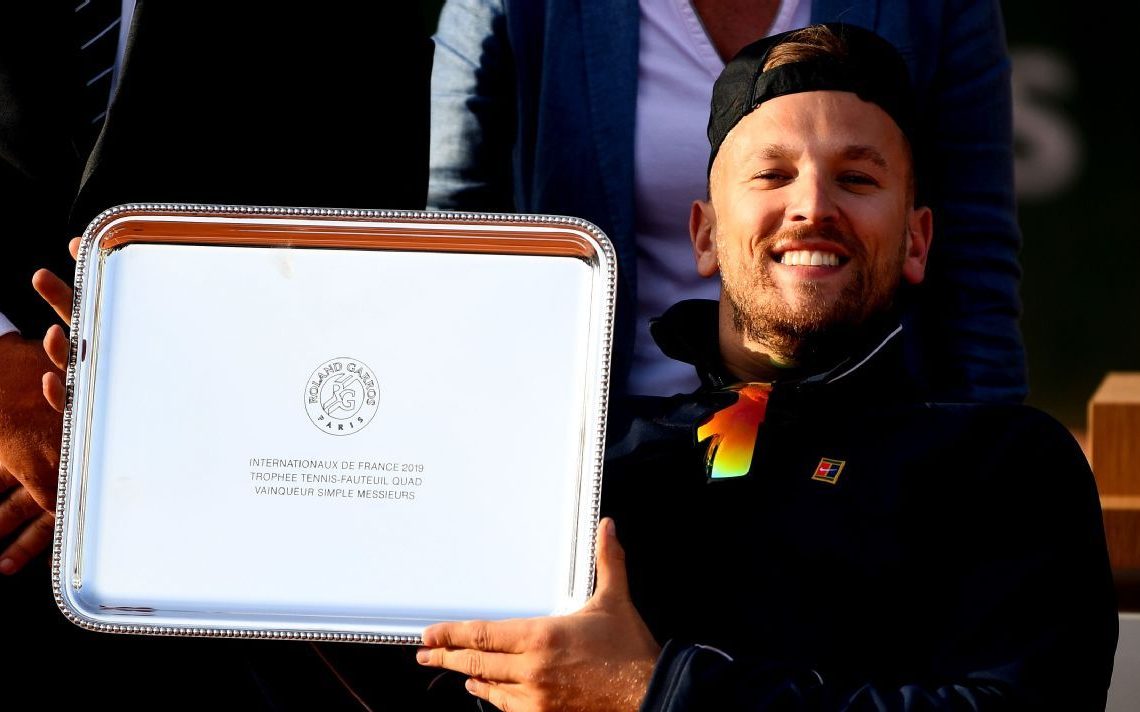 Top seed Alcott came through 6-2, 4-6, 6-2 to add the Roland-Garros title to his fifth Australian Open crown from January, as he attempts a first ever calendar-year Grand Slam.

“I’m serious about this Grand Slam thing. I’m going to go home and have a hit on the grass. I love Wimbledon – getting to play last year was so cool. I’ll have my full team with me, my partner Chantelle, and it’s going to be unbelievable.”

“She’s such a legend and a friend of mine. She deserves it. And she’s a cross-sport person like I am – she went tennis-cricket-tennis, I was tennis-basketball-tennis. I’m super-proud of her. She’s getting the love she deserves back home, and I think I’m piggybacking off that.

“But I have done the double. I feel awesome. I’m just so glad we’re finally here, and to win means everything.”

By Tennis Australia
Posted: 11/6/2019
Photo with thanks to Getty Images