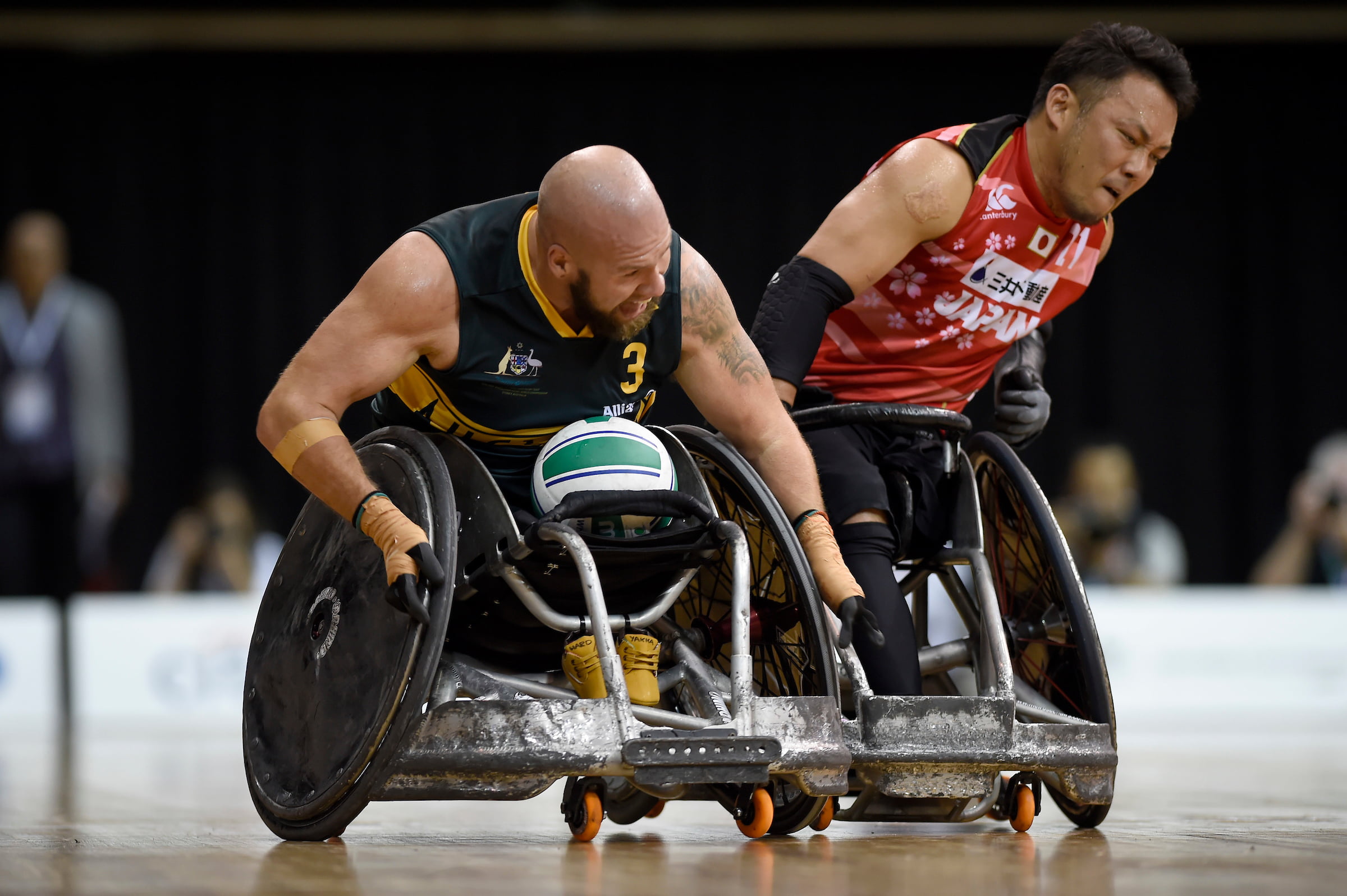 The Australian Steelers will return home empty-handed and with plenty to ponder after going down 54-53 in the bronze medal match overnight at the 2019 Wheelchair Rugby Four Nations Invitational in Alabama, USA.

The Steelers learnt the hard way that every minute of every game counts, and even a minor mistake can mean the difference between a gold medal and missing the podium. After all four teams finished the qualification rounds with a 3-3 record, it was only goal difference that relegated the world’s top two ranked teams to the bronze medal match.

But it soon got worse for the Steelers.

Despite being the number one ranked team in the world, Australia certainly did not play that way in the opening quarter, conceding four turnovers to hand momentum to Japan that was never relinquished.

The Steelers were humbled by opponents that showed more hunger for the ball and more desire to push their physical limits.

Head Coach Brad Dubberley chose his words carefully after the match, but his demeanor could not hide his disappointment. He said the effort from his players will be addressed in no uncertain terms when the squad regathers for its next camp.

“I wasn’t too impressed with that performance to be honest with you,” Dubberley said.

“Japan didn’t do anything spectacular, but our guys just seemed to struggle to stick to the jobs that they were given.

“There was too much reaching [in defence] and we couldn’t dictate who received the ball enough [in offence]. We have to take more control ourselves and improve a lot.”

Dubberley said it was a timely wake-up call for the Steelers, who have featured in every gold medal match at a Paralympic Games and World Championships dating back to 2008.

With Great Britain, who finished fourth at last year’s World Championships, emerging victorious over Team USA in the gold medal match overnight, the Steelers are on notice that nothing can be taken for granted with the Tokyo 2020 Paralympic Games on the horizon.

“These top four teams in the world can all knock each other off on any given day and little things matter,” Dubberley said.

“Giving up five turnovers in a game is not massive, but when the game is going end-to-end, you need little stats like that in your favour and we just didn’t seem to get them here.

“Overall, I’m really disappointed. There are highlights and positives to take home but it is really disappointing to have played the way we did in a couple of games here and then the final game, when it was obvious that some of our heads weren’t in it.”

Missed any of the matches? Every match from the Four Nations tournament is available to watch here.