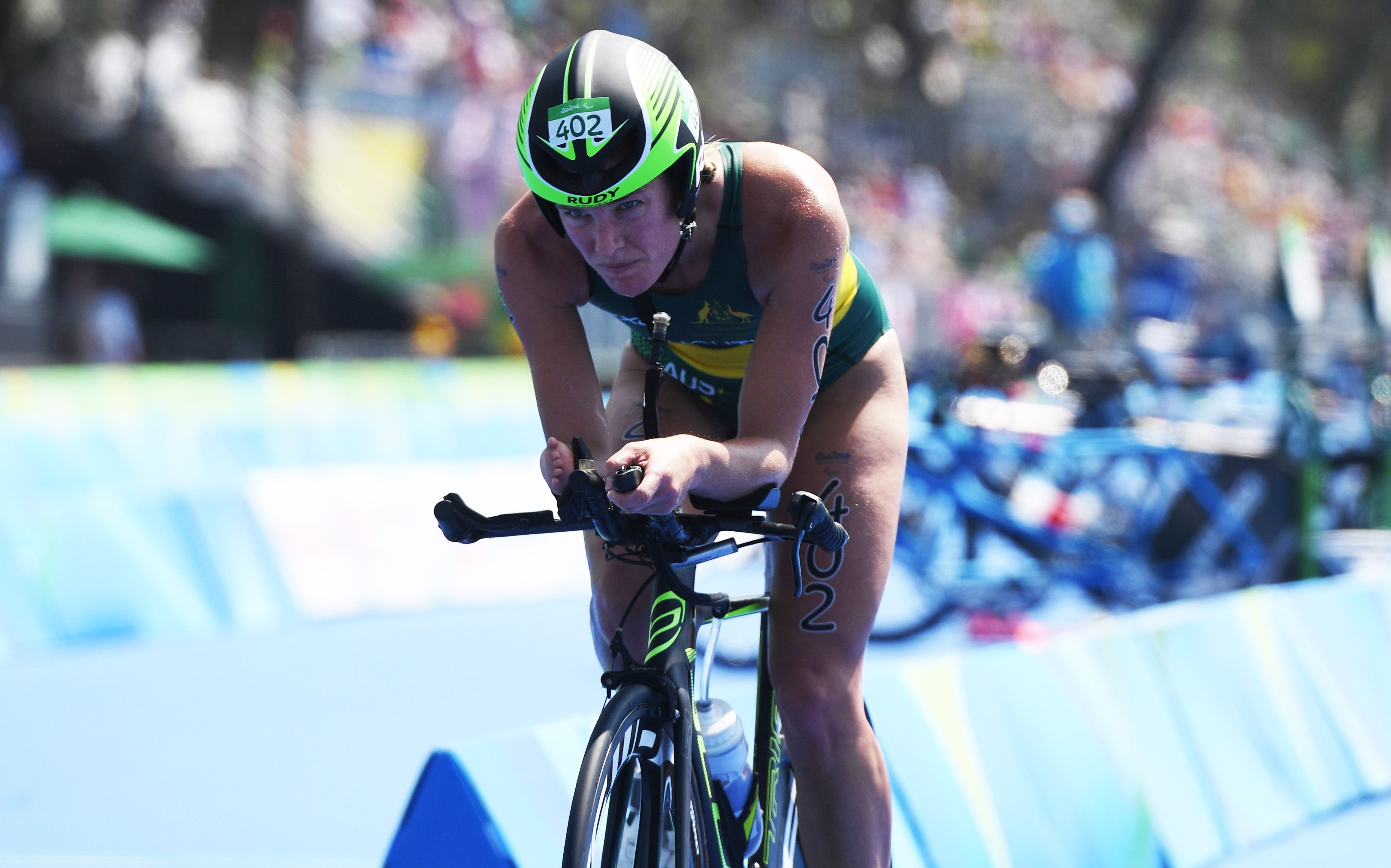 Kate Doughty made it a hat-trick of Para-triathlon wins, just eight months after giving birth, with victory in the women’s PTS5 at the 2019 International Triathlon Union (ITU) World Para-triathlon Series in Milan, Italy, on Saturday (27 April).

After taking a break from Para-triathlon last year to welcome son Henrik, the 35-year-old added the Milan gold to her victories at the 2019 Oceania Triathlon Union Para-triathlon Oceania Championships in Newcastle, NSW, and the 2019 ITU Para-triathlon World Cup in Devonport, TAS.

The Australian led from start to finish, completing the course in a time of 1:09:27, a minute ahead of France’s Gwladys Lemoussu, with Hungary’s Petra Levay seven minutes further back in third.

Doughty’s compatriot Sally Pilbeam secured another medal for Australia, claiming bronze in the women’s PTS4 behind Great Britain’s Hannah Moore, who impressed in her first international event of 2019. The world champion – who only took up Para-triathlon two years ago – pulled away on the 750m swim before extending her lead on the 20km bike.

The USA’s Kelly Elmlinger did cut Moore’s lead slightly on the run, but the British triathlete was already over six minutes ahead of the silver medallist, crossing the line in a time of 1:10:09.