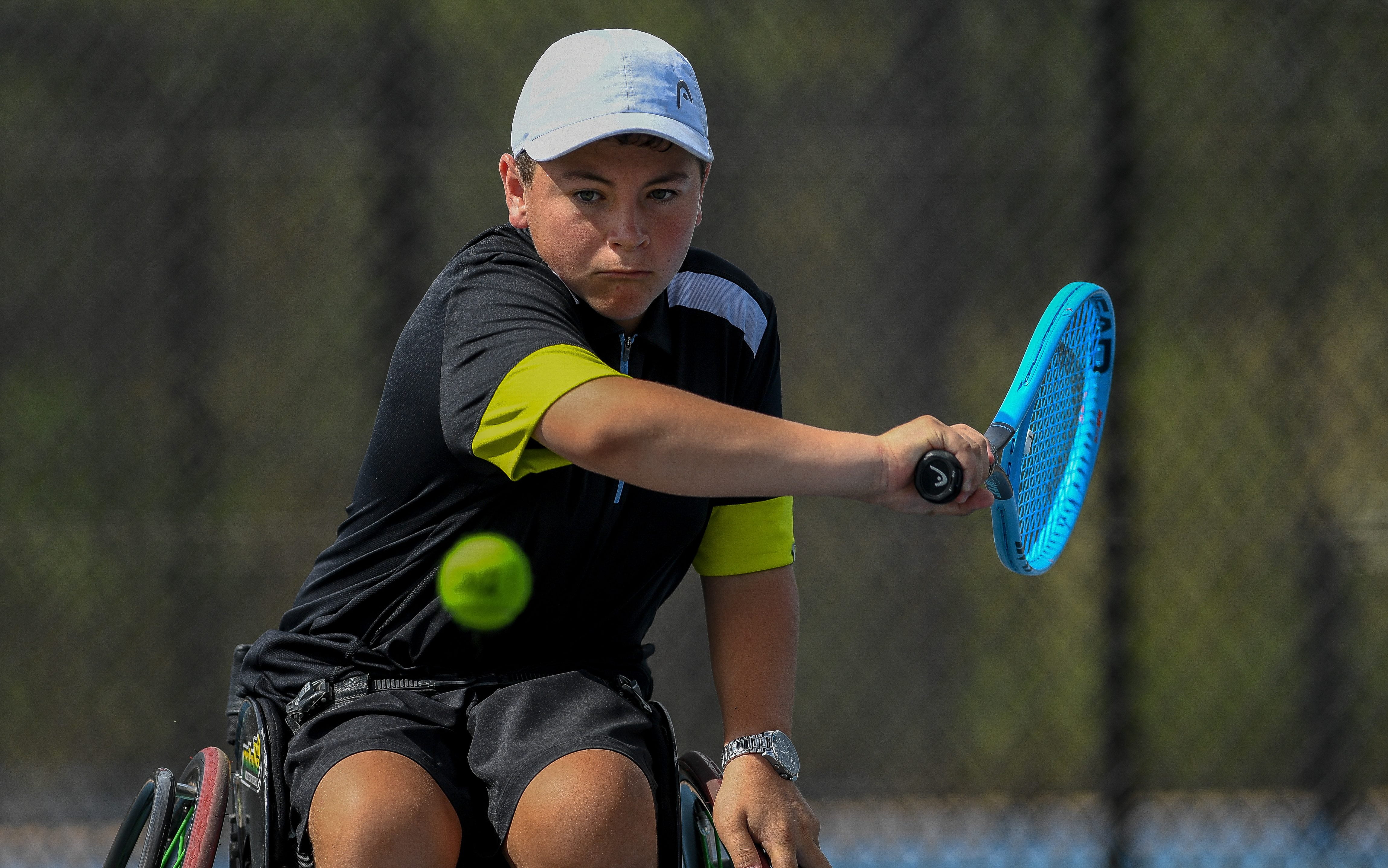 In the process, the team of Finn Broadbent, Riley Dumsday, Hayley Slocombe and captain Greg Crump earned Australia a place alongside Netherlands and the USA as the only nations to have won the men’s, women’s, quad and junior titles in the illustrious 25-year history of the World Team Cup.

Friday’s final saw Australia line up against Great Britain for the second time in Ramat HaSharon, Israel, after Great Britain gained a 2-1 win over Australia in the round-robin phase of the competition.

However, with Australia changing its nominated players for the two singles rubbers, Dumsday claimed a tense opening contest against Ben Bartram 6-3, 6-7(2), 6-4.

With Dahnon Ward maintaining his unbeaten singles record during the week for Great Britain, he wrapped up his singles rubber against Broadbent 6-2, 6-2, forcing a deciding doubles rubber between the two teams once again.

The doubles produced great excitement as Australia recovered from 3-1 down to take the opening set 6-4. Great Britain returned serve, taking the second set 2-6 and sending the final into a tiebreaker.

Both teams exchanged match points, before a double fault from Ward confirmed Australia as the champion with a 6-4, 2-6 (14-12) victory.

By the International Tennis Federation
Posted: 18/05/2019