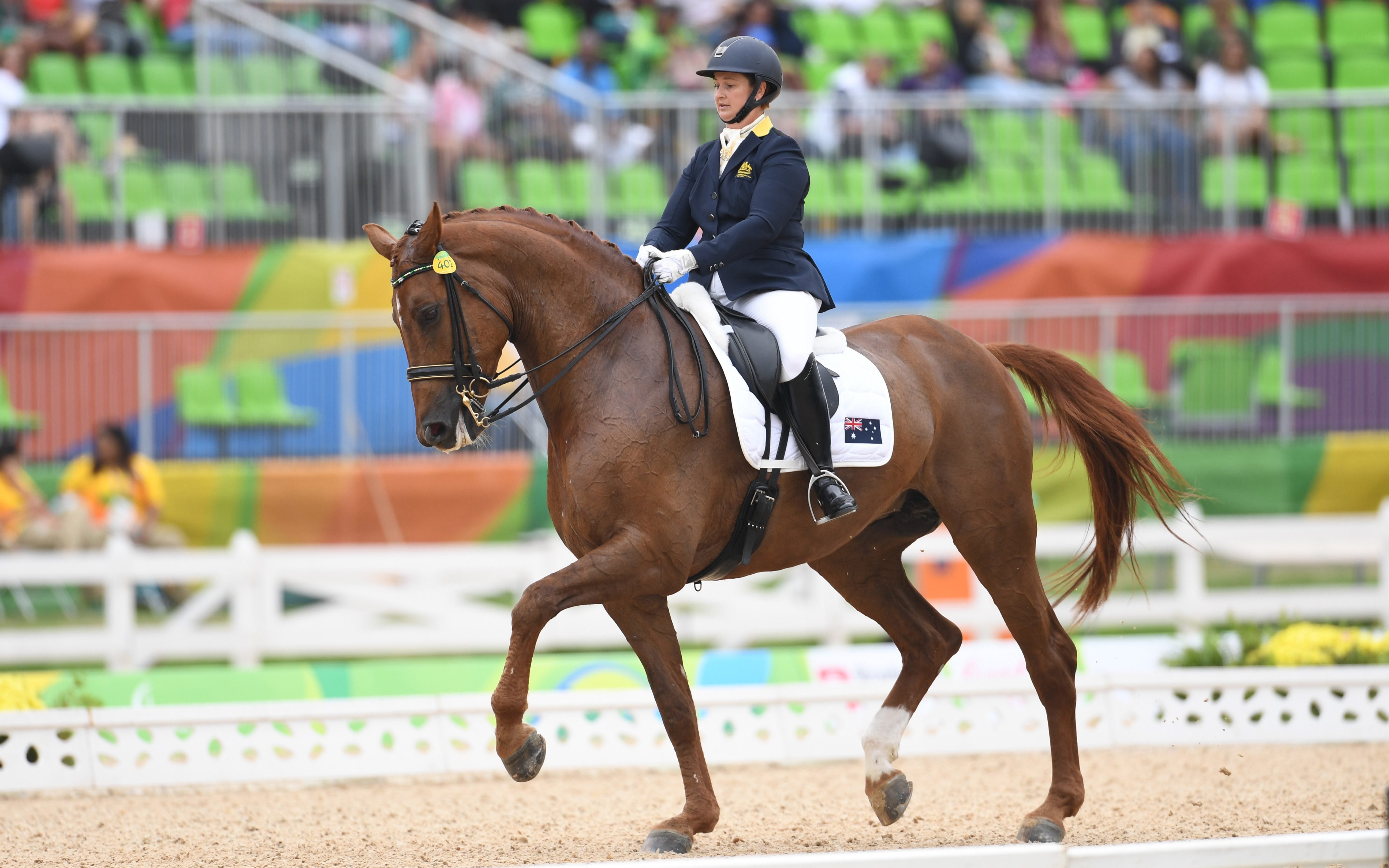 The 2019 Sydney International Three-Day Event opened this morning with the Para-dressage team test competition, as ten combinations entered the arena in the hope of obtaining a Paralympic qualifying score.

The competition marked the first of the international qualifying events for Australia-based riders campaigning for the Tokyo 2020 Paralympic Games. It is also the first time that an International Para-equestrian Dressage Event (CPEDI) has been run in conjunction with a major international three-day event, allowing Para-dressage athletes to gain greater exposure to a busy atmosphere and the large crowds that are synonymous with Championship events.

The Sydney CPEDI is the first FEI qualifying event in the Oceania region that will count towards a team ranking on the Paralympic ranking list, and is the first opportunity for riders to attain their minimum eligibility score of 62% at a CPEDI event, which will put them on the path for potential Paralympic team selection.

The winners after the first day of competition were Victoria Davies (Grade II) and Celere on 67.78%, Zoe Vorenas (Grade IV) and Neversfelde Kipling on 69.84% and Lisa Martin (Grade V) and In Time on 68.49%.

Incredibly, this is the first competition together for Vorenas and Neversfeld Kipling.

“The test felt pretty good,” Vorenas said. “Obviously we are a very new combination, as I’ve only had Kip for three weeks now. I went in wanting to play around and see what he’s like, and he definitely didn’t disappoint!

“Tomorrow I can go in and have a little more confidence to ask for some more expression and energy in the paces, but overall I was very happy and very overwhelmed with the score. He’s such a generous horse, and I’m so, so excited for tomorrow and the next competition.”

Davies, who won the Grade II division, is firmly back on the Paralympic trail with her stallion Celere, who was originally purchased as a potential partner for the Rio 2016 Paralympic Games.

“I was really happy with my test,” Davies said. “He was with me 100%. He loves a crowd, so it was good to see there was actually quite a few people in the crowd.”