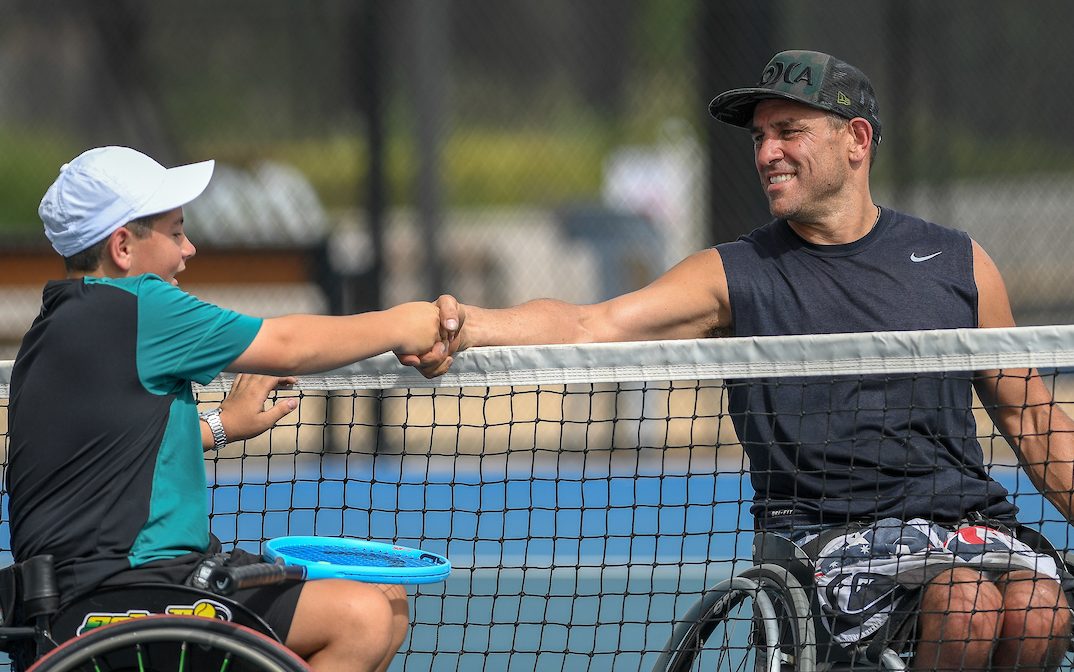 Australia’s wheelchair tennis young guns will come home with more than just medals around their necks, thanks to the invaluable experience the 2019 Arafura Games has provided them.

A unique and inclusive multi-sport event, the Arafura Games offers Para-athletes on the Paralympic pathway crucial experience against international athletes in the region.

And while there is no official medal count for the event, touted as the friendly Games, Australia’s medal haul in wheelchair tennis was fruitful, with 10 medals won.

Dumsday also took gold against fellow Australian Finn Broadbent (6-3, 6-4) in the juniors, and Hayley Slocombe, the bronze. In the doubles, Slocombe and Sally Schwartz won the women’s event against development athletes from Timor-Leste, while all three medals were presented to Australians in the men’s doubles division.

Tennis Australia’s Wheelchair Tennis Development Manager, Greg Crump, said the proof is in the pudding in terms of each of the athletes’ development.

“This week, we’ve brought up some junior players. We’re using this as a training camp for the World Team Cup in Israel in a couple of weeks’ time, and we’ve also brought up some development coaches as well,” Crump said.

“It’s been a wonderful week. The players have improved, the coaches have had a great time, and we want to come back up in a couple of years’ time and do it bigger and better.”

Bonaccurso, who participated as both a player and coach, admitted that while he played to add depth to the tournament, it certainly reignited his passion for competing.

“I think my last match was in 2006, and to come back to this, and to the Arafura Games, and to get that heart racing again, it’s a really good feeling,” he said.

“One of the reasons I came back to play was to make the draw tougher for our juniors, to give them experience and show them what you’ve got to do in sport, but it’s been awesome.