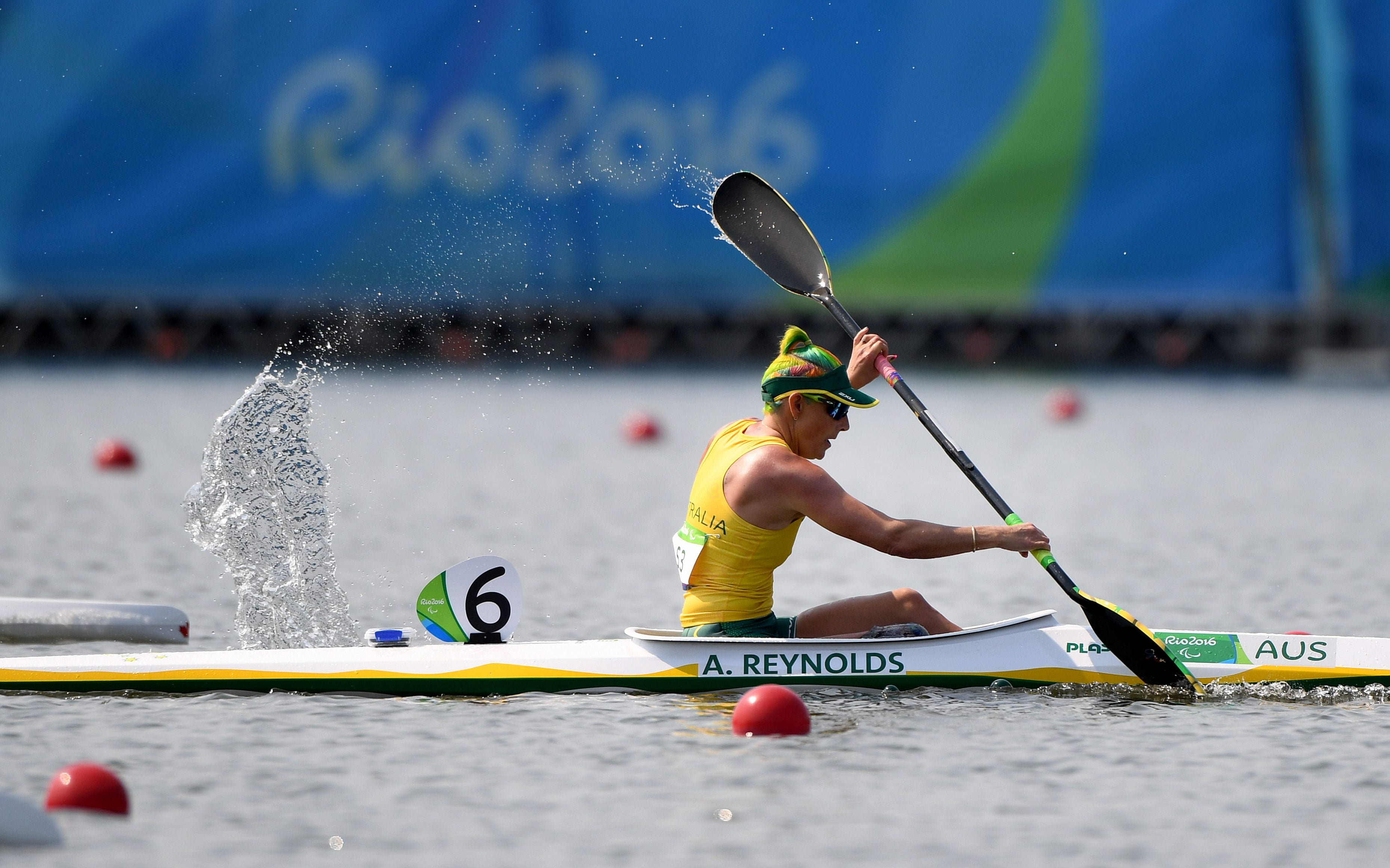 Australia’s Paralympic paddlers have kicked off the 2019 Paralympic qualification season in style with the 2019 Canoe Sprint Grand Prix II wrapping up at the Sydney International Regatta Centre over the weekend (8-10 February).

Paralympians Curtis McGrath (QLD), Dylan Littlehales (NSW), Amanda Reynolds (VIC) and Susan Seipel (QLD) used the regatta as the first hit-out of the season to test their speed ahead of the 2019 Paddle Australia National Sprint Championships (6-10 March). The National Sprint Championships will decide the national team selection for Paralympic class paddlers to contest the international season and the 2019 ICF Para-canoe World Championships, which will decide the quota places for the Tokyo 2020 Paralympic Games.

“This year is pretty important, with the Paralympic qualifying events happening at our World Championships in August, and the GP2 [Grand Prix II] was one of the events to see where we are at and see where we need to improve before we get to August,” McGrath explained.

“It was the first racing opportunity I’ve had this season and it was a great regatta to see where I am at. I wasn’t looking to break any records and wanted to just have a good hit-out and see where I need to improve.

“This was a good way to kick off the season,” Littlehales said. “Curtis and I have had a little rivalry since I began back in 2015. He pretty much won every race back then and I’m starting to get him now which is good. We are about the same speed and it’s good to watch and to be a part of.”

“Internationally, podium is the aim. I sit on a bronze at the moment, but I will be pushing to beat Serhii [Yemelianov, UKR] and Caio [Ribeiro De Carvalho, BRA] in that gold and silver medal spot, so we’ll see how the season goes,” he said.

Paralympic bronze medallist Seipel and silver medallist Reynolds also had a full schedule of racing and made the most of the racing opportunity ahead of nationals in March.

“It was a great event and run really well, so thanks to all the organisers and volunteers for that,” said Seipel. “I was happy with my races, especially on Sunday, as the conditions give more accurate times so you get a better idea of where you are at. Yesterday it was very challenging in the headwind, especially in the V1, and the times were greatly affected.

“In Para-canoe, we don’t have the numbers nationally at the moment, so you have to look at your times in your class compared to the rest of the world, which is also dependent on conditions.

“It was good to see some new faces in the Para-canoe men’s events,” she added. “Hopefully we will see more growth leading into Tokyo [the 2020 Paralympic Games]. I’m looking forward to working with the new Para-canoe coach and building on my results here for Nationals. Para-canoe has a great team of support staff, so I’m excited to continue working on every aspect.”

The Grand Prix II was the first event of the season for Paddle Australia’s new National Para-canoe Coach, Scotsman Shaun Caven, who recently joined the team following his work with USA Canoe.

“It’s been great here in Australia so far,” Caven said on his first few weeks down under. “The weather has been fantastic and it’s been good settling in, getting to meet everyone and everybody has been friendly so far.

“Everybody has been performing well at this regatta with good conditions, apart from a little bit of wind on Saturday. The GP2 was a bit of a paddle to get a line in the sand and I think everybody is where they need to be at right now and we’ll be aiming to improve their performances at Nationals. We have Nationals next month and then we head to Europe for World Cup 1 in Poznań, Poland, come back and then head back to Europe again for the World Championships in August, which will be super exciting.”

The Grand Prix II saw a growing field of Para-canoe paddlers in the men’s events, with further development on Caven’s radar.

“Development is one of the things we will be focussing on, to get more athletes to join the program and start more competition in Australia for our national team. We are looking to expand our base of paddlers, because the level of the four paddlers we have on the team is really high but we also need to develop athletes for the future,” he said.

The squad has returned to their training base on the Gold Coast and will head over to Western Australia at the start of March to contest the 2019 Paddle Australia Canoe Sprint National Championships at Champions Lakes in Perth.

To view all the results from the 2019 Canoe Sprint Grand Prix II, click here.