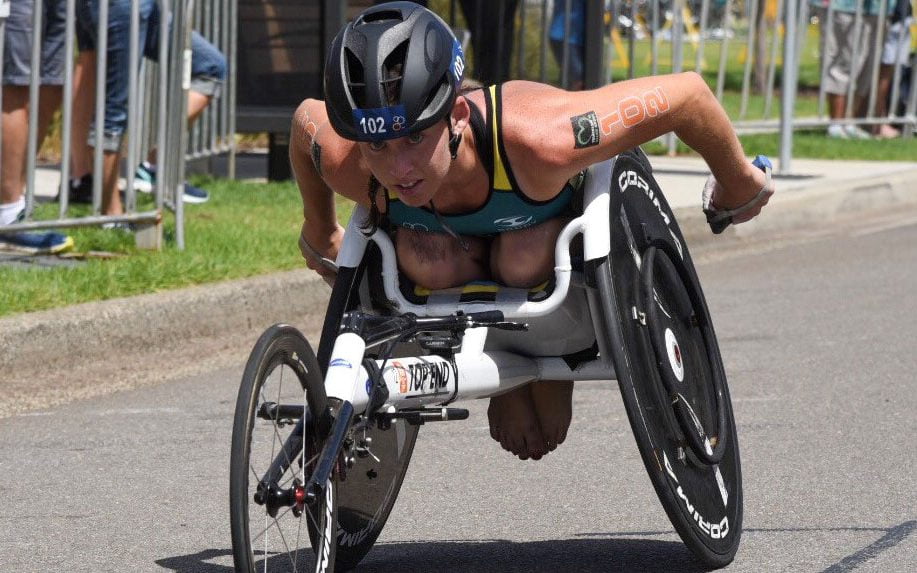 Conditions were tough for Australia’s Para-triathletes at the Newcastle City Triathlon on Sunday (24 February), but not so tough to stop Commonwealth Games bronze medallist Lauren Parker from winning the women’s PTWC in front of a home crowd.

“It was very windy,” said Parker, who first raced the Newcastle City Triathlon 11 years ago as an able-bodied athlete. “But I love tough conditions, that’s what racing’s about.

“I had my first win over Emily Tapp today, the world champ, so I’m proud that I raced in my home town and took the win.”

It was anyone’s game after the 750m swim, but Parker put the hammer down on the bike, powering to a massive three-minute lead over Tapp.

“The bike’s my strength, so I just had to make sure I got a massive lead before the run, which is my weakest leg, and that’s what I did. I felt great today.”

By Triathlon Australia
Posted: 26/02/2019
Photo with thanks to Pappigo Images