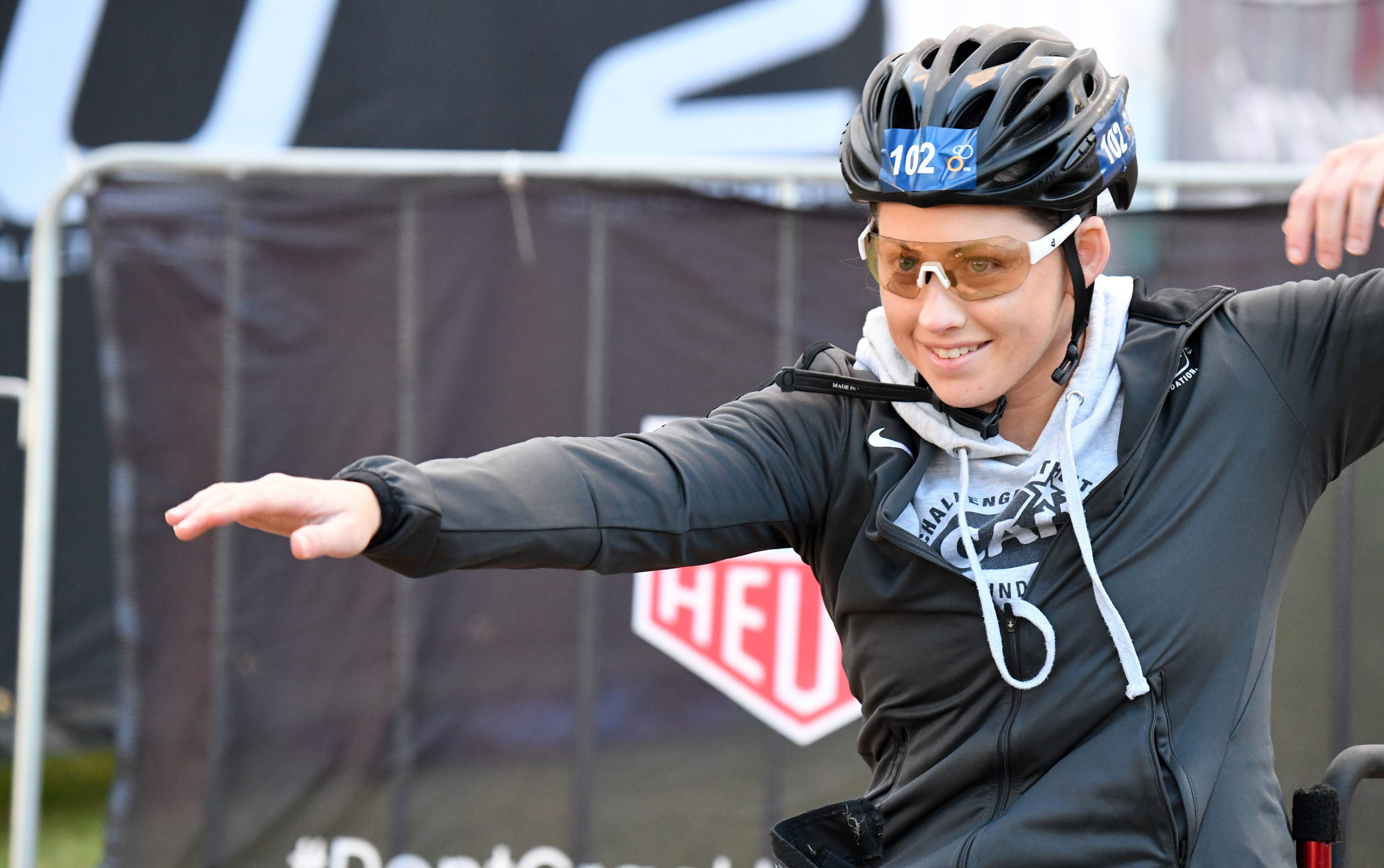 “I’m definitely still on a high,” said Parker, who is aiming to win gold at the Tokyo 2020 Paralympic Games. “To get the win in the first race of the season, at home, was very special.

“I’ve pulled up pretty well after the race. After an easy recovery day, I was back into training at the track as normal.

“With the Devonport World Cup race coming up on Saturday, I guess it’s a bit of a challenge lining up for two races in the same week, but I can’t wait to get stuck in and hopefully keep the momentum going.

“Devonport last year was my first full Para-triathlon event. I feel that race played an important part in the journey to where I am now with my racing, and where I’m hoping to get to. I’m looking forward to giving it another crack this year and hopefully just keep improving every time I race.”

Returning to racing after the birth of her son, Henrik, in July last year, Doughty will be aiming for another good performance after last week’s gold in the women’s PTS5. She will be joined by Australian newcomer Molly Wallace and Petra Lévay from Hungary.

Also coming off a win, Joshua Kassulke (PTS5) will be aiming to repeat his performance in Devonport, as David Bryant prepares to make his debut against some strong international competition from Péter Boronkay (HUN), Antoine Besse (FRA) and Ernestas Cesonis (LTU)

“It’s great to have high-level back-to-back Para-triathlon racing opportunities in our country,” said Triathlon Australia’s National Performance Director, Justin Drew. “I know our athletes enjoyed kicking off the season in Newcastle and are looking forward to having another opportunity come this weekend in Devonport.

“We have all our key Tokyo Paralympic contenders racing, as they refine their strategy into their season and the Paralympic qualification period.”

By Triathlon Australia
Posted: 28/02/2019
Photo with thanks to Delly Carr