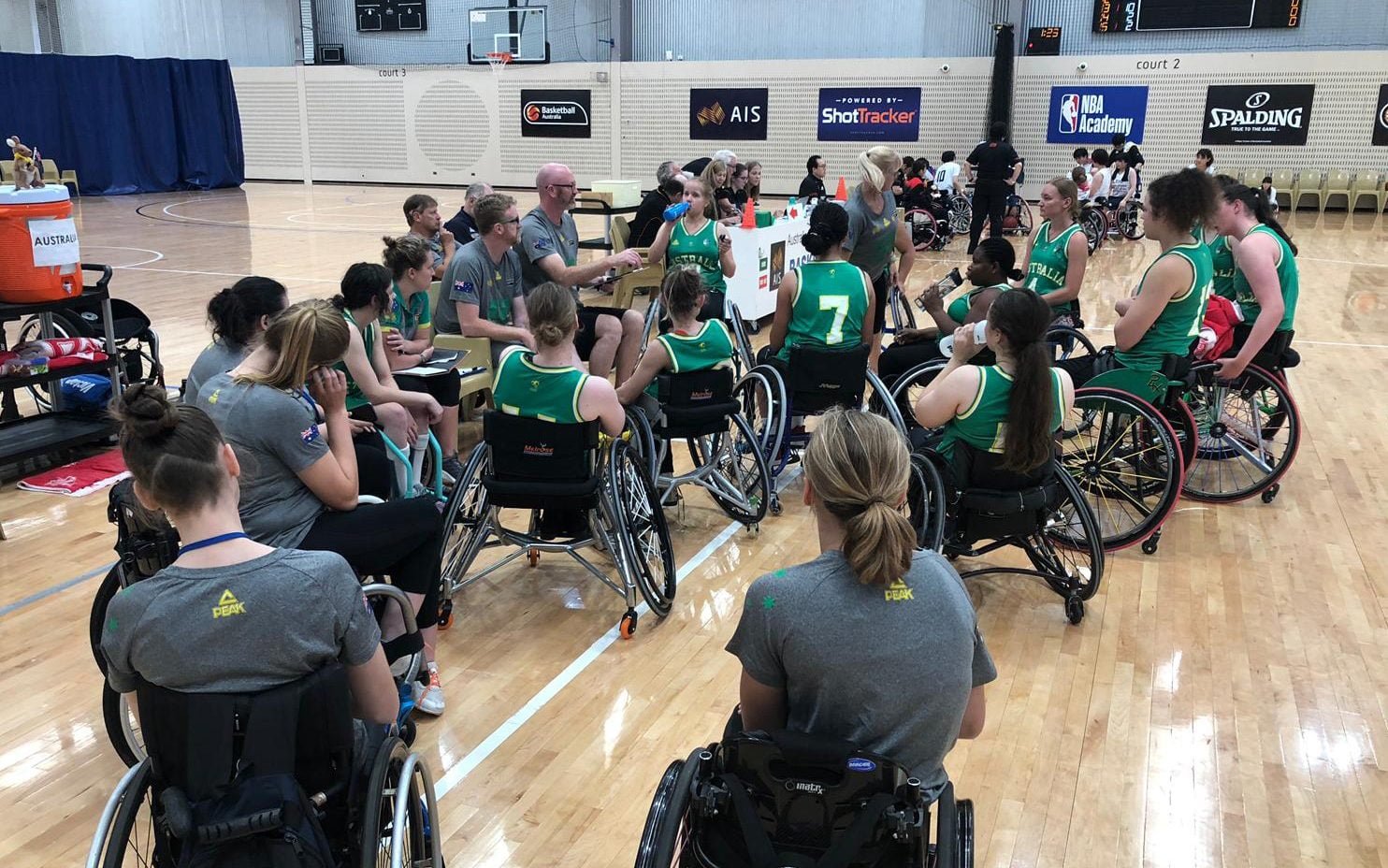 The Australian Devils have completed an international warm-up series against Japan in the lead-up to the 2019 IWBF U25 Women’s Wheelchair Basketball World Championships in May.

Playing their six-game series at Basketball Australia’s Centre of Excellence, the Devils had a 16-player squad for the week.

They were able to utilise the facilities to conduct several training sessions as they prepare for the third iteration of the U25 World Championships, which will be held in Suphan Buri, Thailand.

The Devils finished with a 3-3 record against Japan, after going 1-2 through their first three games.

On Thursday, Australia were able to overcome a two-game losing streak with a 61-43 victory.

Annabelle Lindsay was absolutely dominant, recording 42 points to almost outscore Japan by herself as she hit 19 of 35 from the field while adding 19 rebounds and three assists.

Teisha Shadwell had 14 points and 15 rebounds to help the Devils double their opponents on the board, Maryanne Latu collected nine assists, and off the bench, Taishar Ovens played an important 20 minutes.

The teams then rounded out the series with a double-header on Friday, but without their leading scorer in Lindsay on court, the Devils could not keep up with Japan offensively in the morning clash, losing 14-60.

Australia kept in touch through the opening quarter, only trailing by a point at the first change, but Japan blitzed them across the second and third terms 44-6.

Needing a win to level the series later that afternoon, the Devils bounced back to claim a 61-49 victory in a positive finish.

They trailed by four at quarter-time but Lindsay, alongside Jess Cronje (six points, three rebounds) and Mary Friday, turned things around with an 18-9 second term.

The Devils then pushed their advantage out to double-digits early in the final period but had to hold off a late charge from the visitors who cut the deficit to six inside the last four minutes.

Lindsay had a quick response though, scoring the final six points of the game for Australia to finish with 35 points, 19 rebounds, five assists and five steals.

Head Coach Stephen Charlton and his staff will now evaluate the squad’s performance during the warm-up series, before naming the final team for the 2019 IWBF U25 Women’s Wheelchair Basketball World Championships.

The Devils have a strong history at the tournament, having won silver medals in 2011 and 2015.