The rise and rise of Heath Davidson 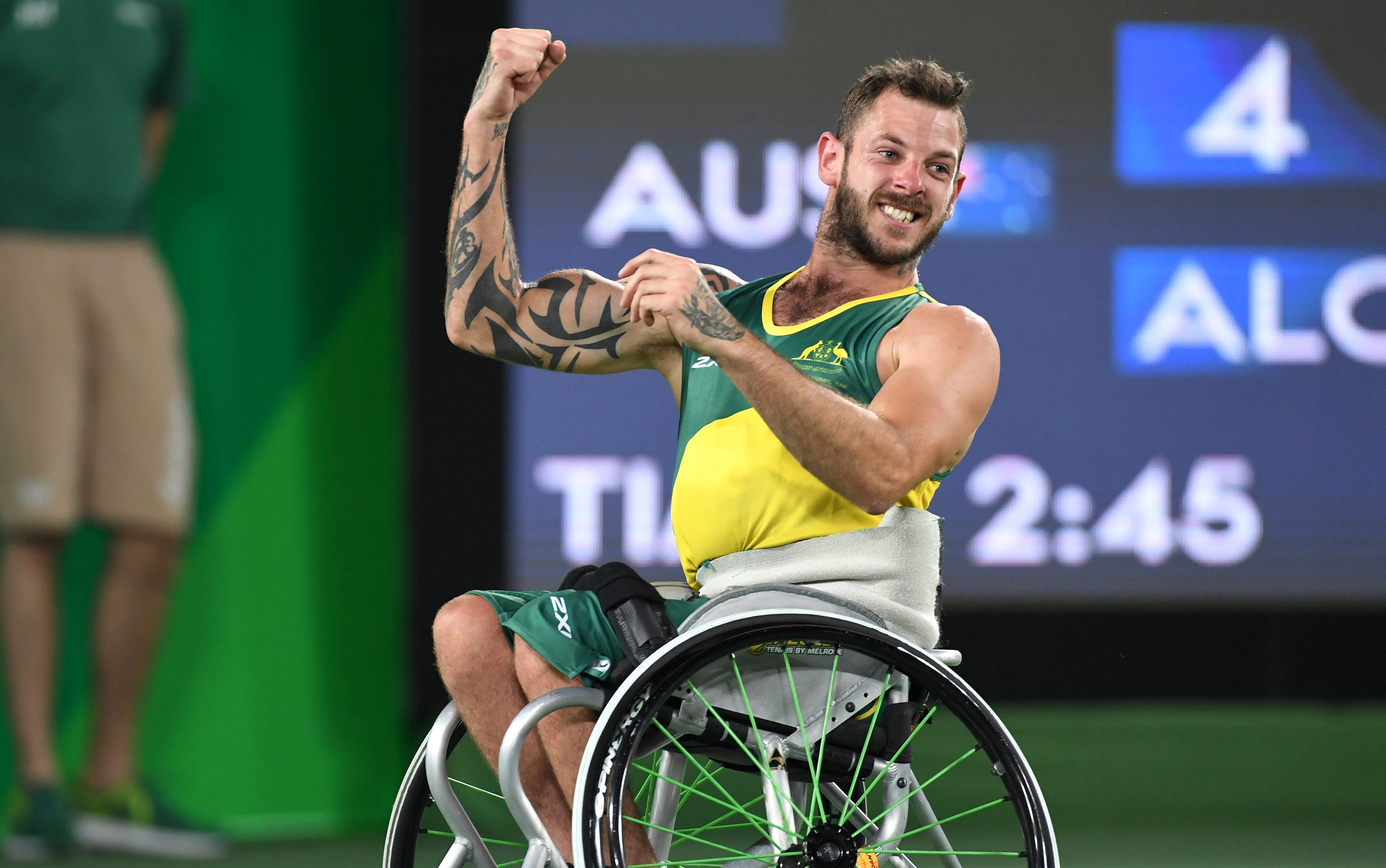 While Dylan Alcott might be the hot favourite for this year’s Australian Open quad singles title, it’s the steep rise of his compatriot Heath Davidson that has wheelchair tennis fans watching closely.

2018 was a breakthrough year for the 31-year-old, which ended with a career-best ranking, Grand Slam titles, and upset singles victories against some of the best players in world.

After winning Paralympic gold in the doubles in 2016, and his first Grand Slam doubles title at last year’s Australian Open, it came as no surprise that Davidson finished the year ranked world No. 4 in the singles and No. 2 in the doubles.

“Winning the Australian Open was a huge highlight of my career to date, and doing something like that with one of your best mates is pretty special,” Davidson said.

“But in the last year, I have been focussing on the mental side of my game – and also focussing on the fact that those one per cent areas of my game play a major part in my overall performance. This has meant lots of training, lots of discussion and a heap of reflection on who I really want to be on the court.”

Having pushed some of the world’s top players, including the USA’s David Wagner (ranked world No. 2) and Great Britain’s Andy Lapthorne (world No. 3), to place third at last week’s Melbourne Open, Davidson now has his sights set even higher – not just for this year’s Australian Open, but ahead to the Tokyo 2020 Paralympic Games.

“Cracking into that top three in the singles would make a huge difference. It means you automatically qualify for the big Grand Slams, which we all want to play,” Davidson said.

“Now that we will be included at Wimbledon, that’s a huge goal for me this coming year. And while my doubles is relatively solid, I – of course – want that number one spot. It would be a great way to lead into Tokyo and the 2020 season.”

For the athlete who went from a wild card entry at the Rio 2016 Paralympic Games to cementing himself firmly in the top 10 in just a year, Davidson knows achieving his goal will take commitment. He trains up to six days a week on-court with coach François Vogelsberger, works with a strength and conditioning coach, and somehow also finds time for gym, fitness and chair skill sessions.

“Life has changed in a big way for me post Rio. It was a bit of a short road for me leading there [after a 10-year hiatus from wheelchair tennis], so things really picked up with the momentum we created after the Games. It was something I never imagined myself doing, but it only made me more hungry to put in a full four-year cycle and get back there to do it all again in Tokyo.”

Davidson says he often reflects on the impact his comeback to the sport has made on his life.

“Life is busy. I previously had a lot of spare time on my hands, which wasn’t necessarily a good thing. My comeback to tennis was mostly due to the fact that I was at a bit of a crossroads in my life, looking for some direction. But after watching Nick Kyrgios beat Rafa [Rafael Nadal] at Wimbledon in 2014, I decided to go back and have a hit with my junior coach, and fell in love with the sport again almost instantly.

“I also get to use my story and achievements to influence kids, and in particular, our junior wheelchair tennis athletes. It’s something I thoroughly enjoy and would love to do more of in the future. I recently completed some of my coaching qualifications and purchased my first home, so they are some big achievements that a few years ago seemed somewhat out of reach for me.”