Daphne Hilton: the greatest Australian athlete you may not know 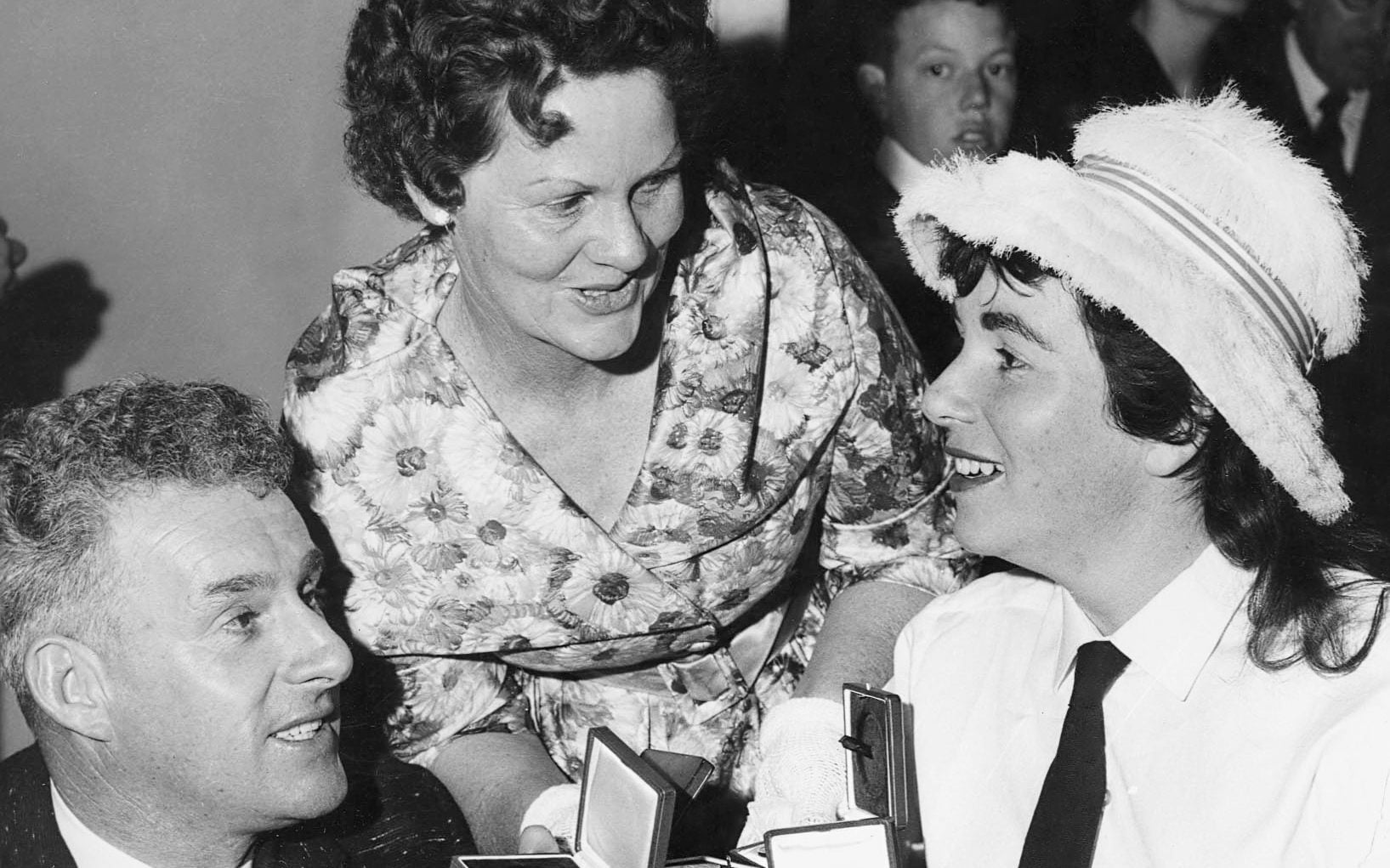 Pioneer is a word often used to describe three-time Paralympian Daphne Hilton. But it deeply underplays her role in Paralympic and women’s sport in Australia and globally.

Hilton (née Ceeney) single-handedly raised the profile of women in Para-sport at a time when sport for people with disabilities was almost exclusively male, and was the first Para-athlete to prove that Australian women were perfectly capable of outperforming men on the world stage.

Born on 7 January 1934 in Harden-Murrumburrah, NSW, Hilton became a paraplegic in a horse riding accident in 1951. It was a long eight years before she discovered Para-sport.

“They [the doctors at Royal Prince Alfred Hospital in Sydney] sent me home to die, virtually,” Hilton said in an interview with Robin Poke for the Australian Paralympic Committee’s (APC) oral history project.

“I had physiotherapy in hospital. Just the general run-of-the-mill sort of thing – exercising and deep breathing, etc. And then they left me to die.”

In 1959, Hilton learned there were opportunities for genuine rehabilitation and immediately relocated to Sydney, where she was first introduced to Para-sport.

No one knew it at the time, but Hilton would go on to represent Australia at three Paralympic Games, where she won 14 medals across five Para-sports – two in Para-archery, five in Para-athletics, five in Para-swimming, one in Para-table tennis and one in wheelchair fencing. It is unlikely this record will ever be broken.

She returned home from Rome to a civic reception in Harden-Murrumburrah, and with an even greater desire to achieve global sporting success.

At the time, Hilton’s level of commitment to training was unheard of, and was key to the transition of Para-sport from a method of rehabilitation for people with spinal cord injuries to a high performance pursuit for athletes with medal-winning potential.

As well as 14 Paralympic medals, she also won 22 medals across four Para-sports at the Commonwealth Paraplegic Games in 1962 and 1966.

For Hilton, Paralympic sport represented a series of firsts – her first trip overseas, her first rum and Coca Cola, the first time she had not been treated like a “second-rate citizen” since her accident.

“I found it very difficult when I came home to Harden. People would cross to the other side of the road in preference of coming over and talking to me. They just ignored me completely. So for me, sport was good from the point of view that I was acknowledged as a person again.”

Hilton retired from Paralympic competition in 1968, but sport was in her blood, and in 2002, she returned to the international stage to compete in Para-lawn bowls at the 2002 International Wheelchair and Amputee Sports Federation World Wheelchair Games, where she won a silver and bronze medal.

As one of the most influential Para-athletes of all time, Hilton’s outstanding athleticism was only matched by her versatility. She passed away in July 2016, nearly 56 years after first laying the foundation for women in Para-sport to pursue their dream of representing Australia.