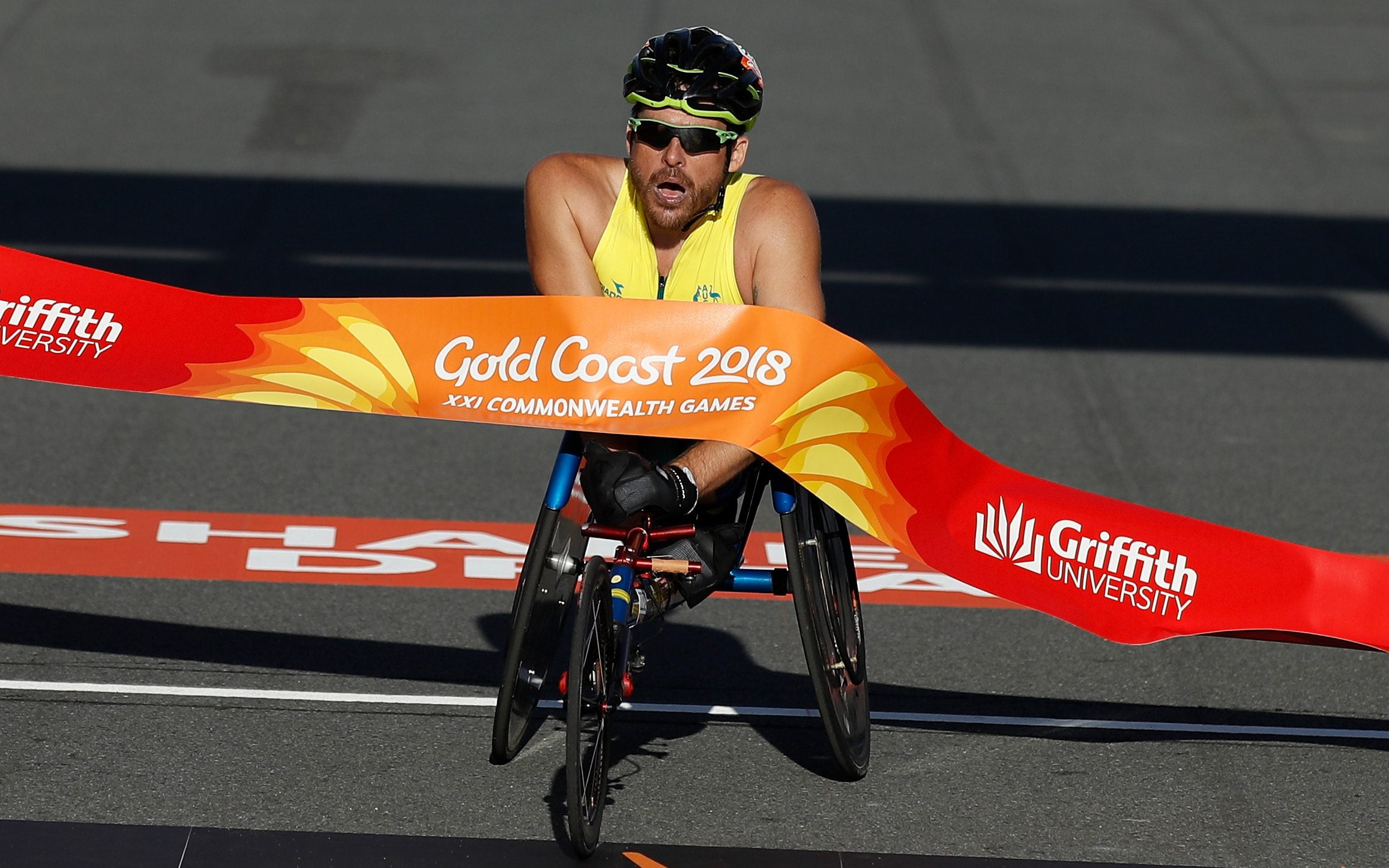 The integration of Para-sport at the 2018 Commonwealth Games, culminating in Kurt Fearnley’s wheelchair marathon victory on the last day of competition, has taken the 2018 prize as Australia’s Best Sporting Moment at the Australian Institute of Sport’s (AIS) Sport Performance Awards overnight (12 December).

The award was decided by the Australian public, with almost 20,000 votes received.

Five-time Paralympian Fearnley enjoyed a fairy-tale ending to his 20-year sporting career by winning gold in his final race for Australia, before he became the first Para-athlete to carry the Australian flag into a Commonwealth Games Closing Ceremony. It was a choice by Australian Chef de Mission Steve Moneghetti that perfectly symbolised the successful integration of Para-sport in the Games.

“2018 was a huge year for Australian sport, but it was so big for Para-sport that we at the APC dubbed it the ‘Year of Para-sport’,” Anderson said. “We’ve known for quite some time that Australians really do have a great appetite for Para-sport, but this award proves that it really has captured the hearts and minds of Australian audiences.

“This award belongs to Kurt, but equally it also belongs to every Australian with a disability that contributed to Para-sport this year, as well as to the fans, who came on the journey with us through the Commonwealth Games, the PyeongChang 2018 Paralympic Games, all the World Championships and more.”

Anderson believes the impact of Fearnley’s achievements in 2018 will be felt for years to come.

“There were so many incredible sporting moments this year, and Kurt’s marathon win and the integration of Para-sport at the Commonwealth Games was certainly one of our highlights and one that deserves to win this award,” Anderson said.

“We’re so proud of Kurt, not just for winning this award but for his advocacy for diversity and inclusion, and his immense contribution to Australian Para-sport. He has a remarkable gift for connecting with people and showing them the value of sport and its power to make positive change.”