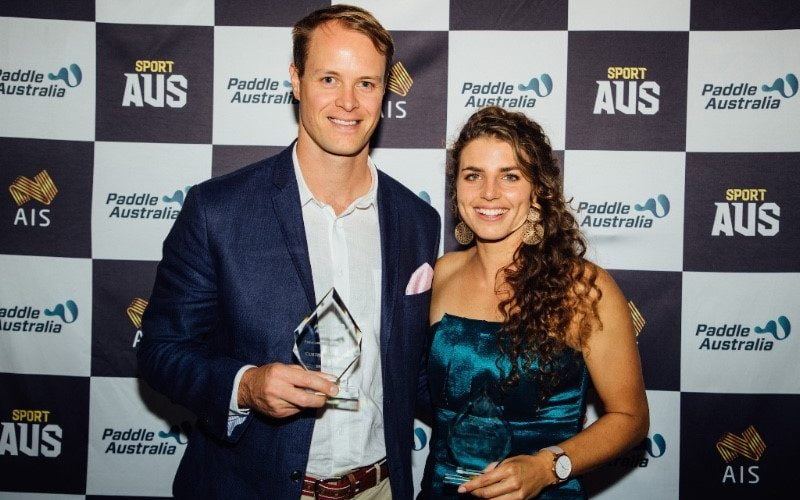 McGrath headlined a stellar line-up of athletes, coaches, instructors, technical officials and volunteers, who were recognised for their outstanding achievements and efforts over the past year at the Annual Awards night hosted by Seven News Sydney’s sport presenter Jim Wilson at the Stamford Plaza Sydney Airport.

McGrath had a record-breaking season, finishing the season unbeaten and setting World records in the Paralympic events he competed in.

Unconquered, McGrath is the most successful male Para-canoeist in the world of paddling and his impressive medal tally over the short period of only four years in the sport, now includes Paralympic gold, eight World Championships gold and one silver medal as he prepares for the Tokyo 2020 Paralympic Games.

McGrath also continues making waves off the water and has been juggling his world-class training with his ambassador role for the 2018 Invictus Games in Sydney, carrying the message of the power of sport in physical and mental rehabilitation and mental wellbeing around the world.

“Throughout my rehabilitation, sport has given me the power to come out and give me a reason and I was very fortunate to be part of the Invictus Games this year. Although I wasn’t competing, I was on the sidelines cheering or in the commentary box and it was an amazing experience,” McGrath said.

Reflecting on his season he added:

“I went into this season not expecting too much. I was very surprised by my results at the World Champs when I jumped into a brand new boat in the VL and still managed to break my record in the class and put myself in a good position.

“Fortunately I’ve had an amazing team around me and some great support from the coaching staff. Andrea [King], who pretty much established Para-canoeing on the map and gave me the foundations for the last four years, supported me until she went off to have twins and Guy [Power] has picked up the stopwatch and made sure that we are on time and doing things well since then,” McGrath said paying tribute to his coaches.

“Paddle Australia is forever growing. We have a great athlete commission now and there is a voice out there for the athletes. It’s great to be part of this and recognising all the volunteers, the technical officials and it’s important that we recognise the efforts of everyone involved in our sport and it’s great to be here tonight,” McGrath added about the night.

With less than two years to go to the Tokyo 2020 Paralympic Games and with the VL class premiering in Tokyo, it will be the chance for McGrath to go for two gold medals.

“Next year is a big year, with qualifying coming up for both Paralympians and Olympians and there is a big goal on the table. I want to compete in two events. I came away from Rio feeling that I hadn’t done enough because I wasn’t puffed enough and felt like I hadn’t pushed myself enough. It felt like I wanted more and I’m very lucky that I have that opportunity.”

More details about the finalists can be found in the 2018 Awards booklet.