Day of firsts for Aussie Para-snowboarders in Dubai 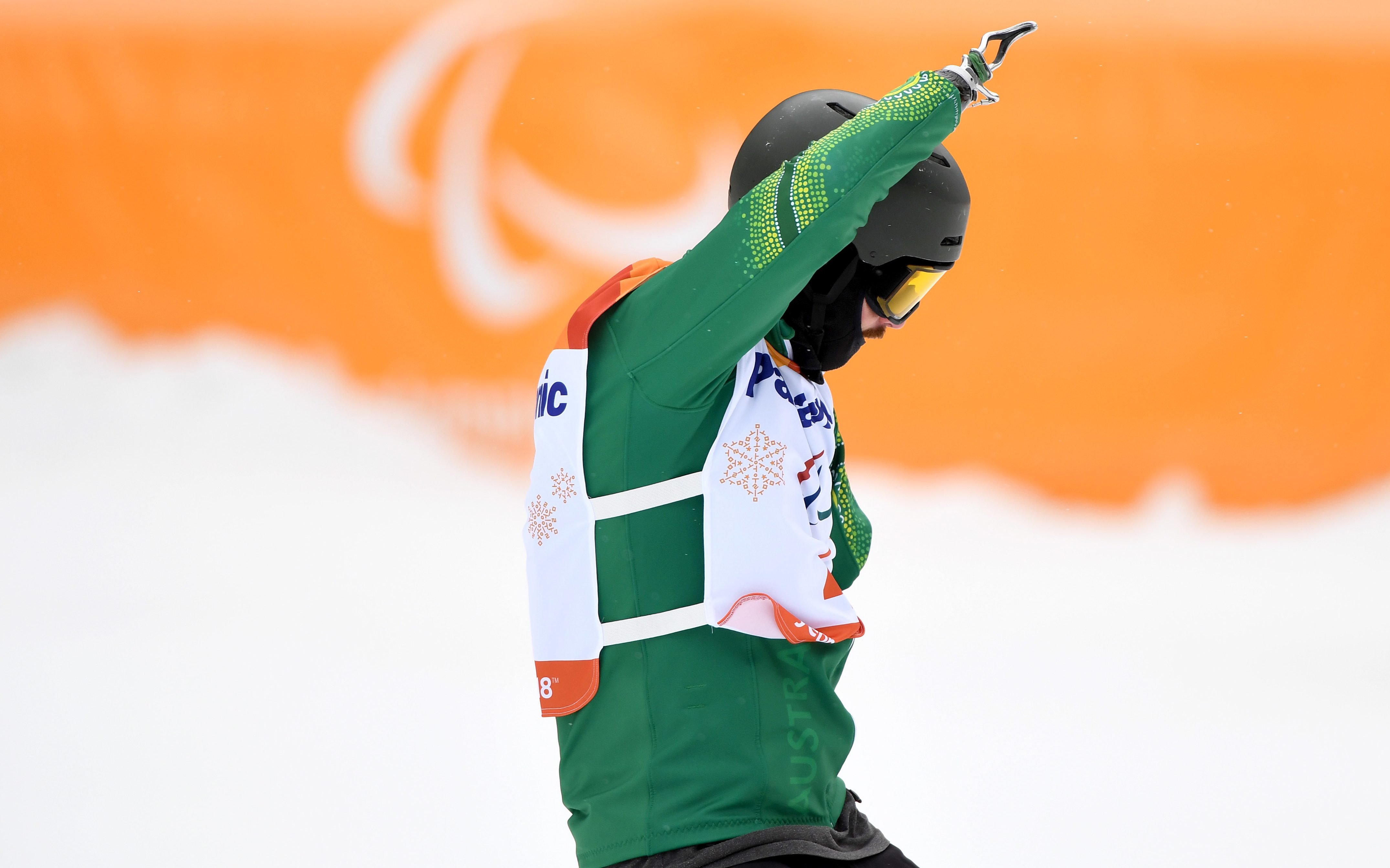 The opening leg of the 2018-2019 World Para-snowboard World Cup season in Dubai, UAE, has witnessed a day of firsts for the Australians.

The slopes of the Ski Dubai resort first saw Sean Pollard‘s maiden World Cup podium. And the 27-year-old Aussie not only took a place between the medallists in the men’s banked slalom SB-UL, but claimed gold, after running faster than the Austrian Patrick Mayrhofer (silver) and his Australian teammate Simon Patmore (bronze).

“I slept horribly last night, but I woke up, took a big cup a coffee and came here,” Pollard said. “The course was a little bit challenging, but I was able to take gold. It’s an amazing start and feels so good to win.”

The snowboarder lost most of his left arm and his lower right arm due to a shark attack while surfing in Esperance, WA, four years ago.

“I’d never snowboarded before my accident, but I was used to surfing and to skateboarding, so I gave it a try.”

Pollard made his international debut during the 2016-2017 season and was part of the Australian team that competed at the PyeongChang 2018 Paralympic Winter Games, where he finished fifth in the men’s banked slalom SB-UL.

“I won my first World Cup gold medal today, but I have to keep up the good work. It’s a long road to the World Championships and to the next Paralympic Games,” he said.

Like Pollard, his teammate Ben Tudhope also celebrated his first victory at a World Para-snowboard World Cup. The-18-year-old has been competing since the 2014-2015 season, and was all smiles after the race in the men’s banked slalom SB-LL2.

“Great day, great race. The course here is Dubai is awesome. They put a pretty good slope for us and I got a great run. I am amazed by my first World Cup win ever. I’ve been training so hard and feels good to see it paying off.”

This is the first time Dubai has hosted a major international snowboard competition, with 36 athletes from 12 countries competing.