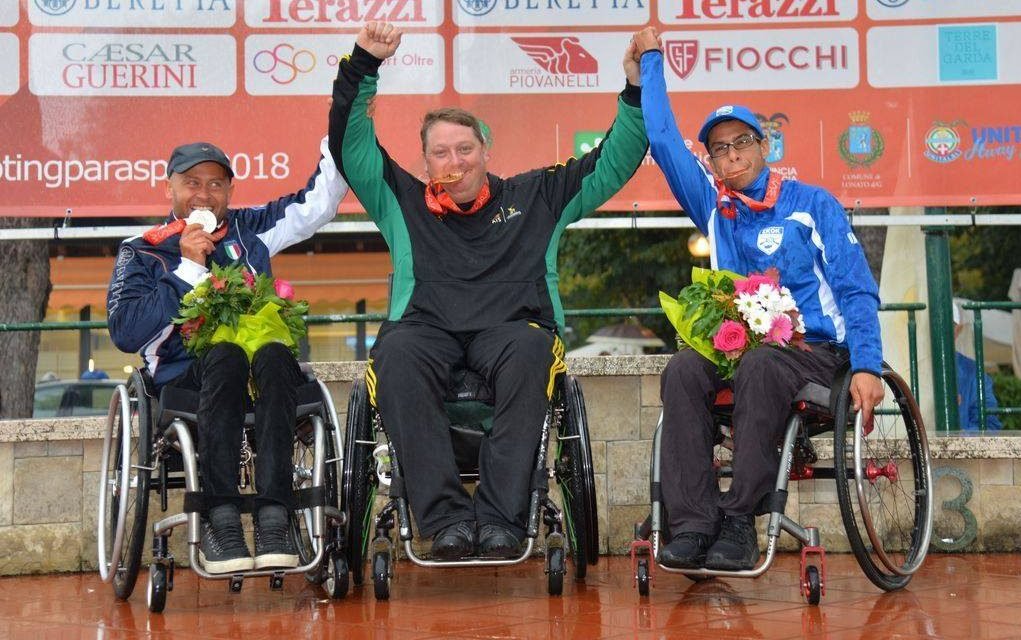 Brydon, who was crowned champion at the inaugural Worlds for the shotgun discipline did not have to worry as much in his PT1 (mixed trap seated SG-S) final, as he won gold by five shots from second placed Oreste Lai of Italy (31).

The Australian carried the momentum from winning the PT 1 gold at the Chateauroux World Cup in September. Neofytos Nikolaou from Cyprus claimed bronze, with 25 targets.

“During the competition, I didn’t realise how I was and who was in front of me,” Brydon said.

“I was just focused on doing my job. Now, I am the first PT1 world champion. It feels amazing.”

Para trap was officially adopted as a discipline by World Shooting Para Sport in May 2017 and  Lonato, Italy,  hosted the first World Cup in September last year.

Photo with thanks to the IPC