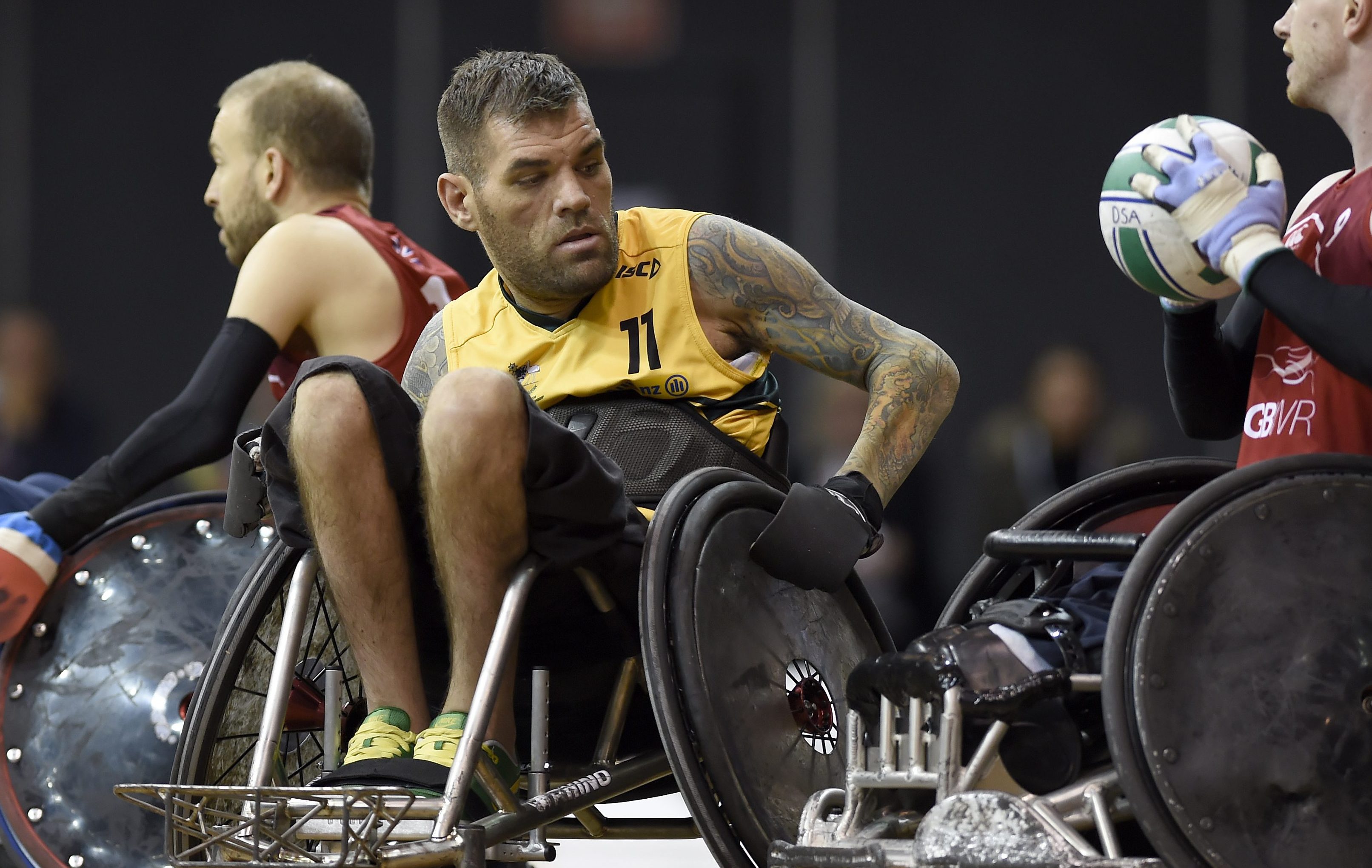 The Australian Steelers will try to defend their Paralympic gold medal without one of the most successful players in history after Ryan Scott announced his retirement from wheelchair rugby.

But the veteran of 288 international appearances said he retires comfortably with the knowledge that the next generation of Steelers are more than ready to excel.

Scott played at four Paralympic Games and five World Championships after making his international debut in 2001. He was a driving force behind the Steelers’ dominance that saw them miss the medal podium at a major championship just twice between 2002 and 2018.

“Most players never get the chance to play in a game like a Paralympic or a World Championship final. Even some of the greatest players in the world don’t get that chance. So to have had the opportunity to experience the success that we’ve had over a long period of time is something I’m definitely very proud of,” Scott said.

“Before London 2012, I was worried that the opportunity might never come so the feeling of finally breaking through for that gold medal for the first time was so special.

“But then that the gold medal game in Rio [2016] was a whole new level and something I’ll never forget.”

Scott was 16 when he acquired quadriplegia following a car-accident in 1998.

“At the time, I was so worried about what the future might hold. But when I found wheelchair rugby, that changed everything for me,” he said.

“I feel very lucky to have had the career I’ve had and I’m so proud.

“I’m fully aware that the sport has given me some amazing opportunities.”

Scott made his 288th and final appearance for the Steelers at last month’s IWRF World Championship final in Sydney. The Steelers took the silver medal after going down to Japan 62-61.

“Life after rugby is pretty scary but it’s come at a good time. My fiancée and our daughter were in the crowd during Worlds and it was extra special that they got to experience it with me one last time,” Scott said.

“It has been a tough decision knowing that I won’t play in Tokyo [2020 Paralympics], especially wanting to be part of another Games with your mates, but I feel really confident that I’m leaving with the Steelers in really good hands.

“I’m not leaving them hanging at all, there is so much experience in the squad and I have no doubt that they’ll continue to be highly successful.”

Brad Dubberley, head coach of the APC’s wheelchair rugby program, was a former team-mate of Scott before he was appointed as Steelers coach in 2006. No one knows Scott’s ability or impact better than Dubberley.

“It’s been an absolute privilege to have shared so many experiences with Ryan as a team-mate and as a coach,” Dubberley said.

“He has made an outstanding contribution to our sport for a long time.

“Every sport has champions and legends, and in our sport, he is definitely a champion and a legend.”