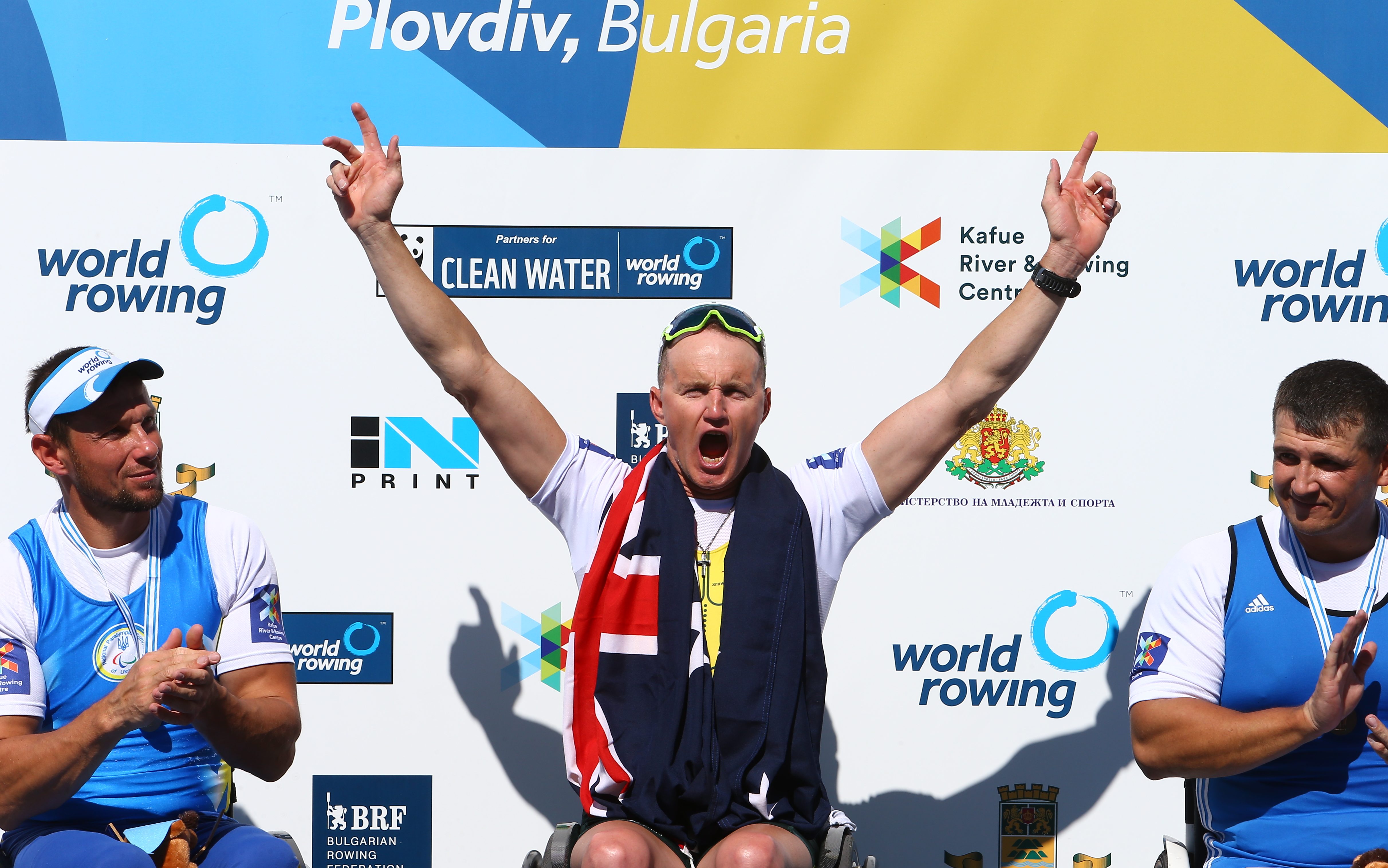 In a spectacular race to the finish against the Ukraine’s Roman Polianski, Horrie crossed the line in 9:16.90, some eight seconds faster than his previous world record.

“This one hurt a lot more than the other four,” Horrie said. “It’s unbelievable, to get out there and win your fifth world title, it’s hard enough just winning one. This win I think is a tribute to the team I have behind me at this event, my coach Jason Baker, Gordon Marcks, the head Para-rowing coach, our Performance Director Bernard Savage, all the medical staff, the whole Australian rowing team…all week I’ve felt incredibly supported.”

After wind forced a reallocation of lanes by the International Federation of Rowing Association’s Fairness Committee, Horrie said he relied on sound coaching advice from Baker.

“It was a really strong tail, then a very strong gust from the side.

“I knew the work I’d done with my coach in the pre-camp in Varese that it was always going to come down to a sprint, and I think that I may have been listening more than normal, as I didn’t doubt myself coming into that last 250 [metres], even a boat length behind. I knew that what I had was enough.

“I may have left it a little bit tight at the finish but I think my late father-in-law was looking over me and he got me over the line.”

In other results, James Talbot and Jed Altschwager won a silver medal in the men’s pair PR3 final, crossing the line in 7 minutes and 24 seconds.

The pair, who only began rowing 18 months ago, came through Rowing Australia’s #Train4Tokyo camps before moving into the Australian Para-rowing team this year.

“It feels amazing,” Altschwager said. “The way the week started, I was very nervous as it was my first time representing Australia. To turn it around, brush the nerves off and get done what we needed to do was awesome.”

Talbot added: “I’m pretty stoked. We had a few things to work on after the preliminary race which we got down pat. The final was only our second race ever together, so I think with each race we’re going to get better and better. This was a great start.”

“It’s really exciting to think about where we can take things moving forward,” Altschwager continued. “It’s epic, and this is only early days for us.”