Three from three for Australia at Wheelchair Rugby World Championships 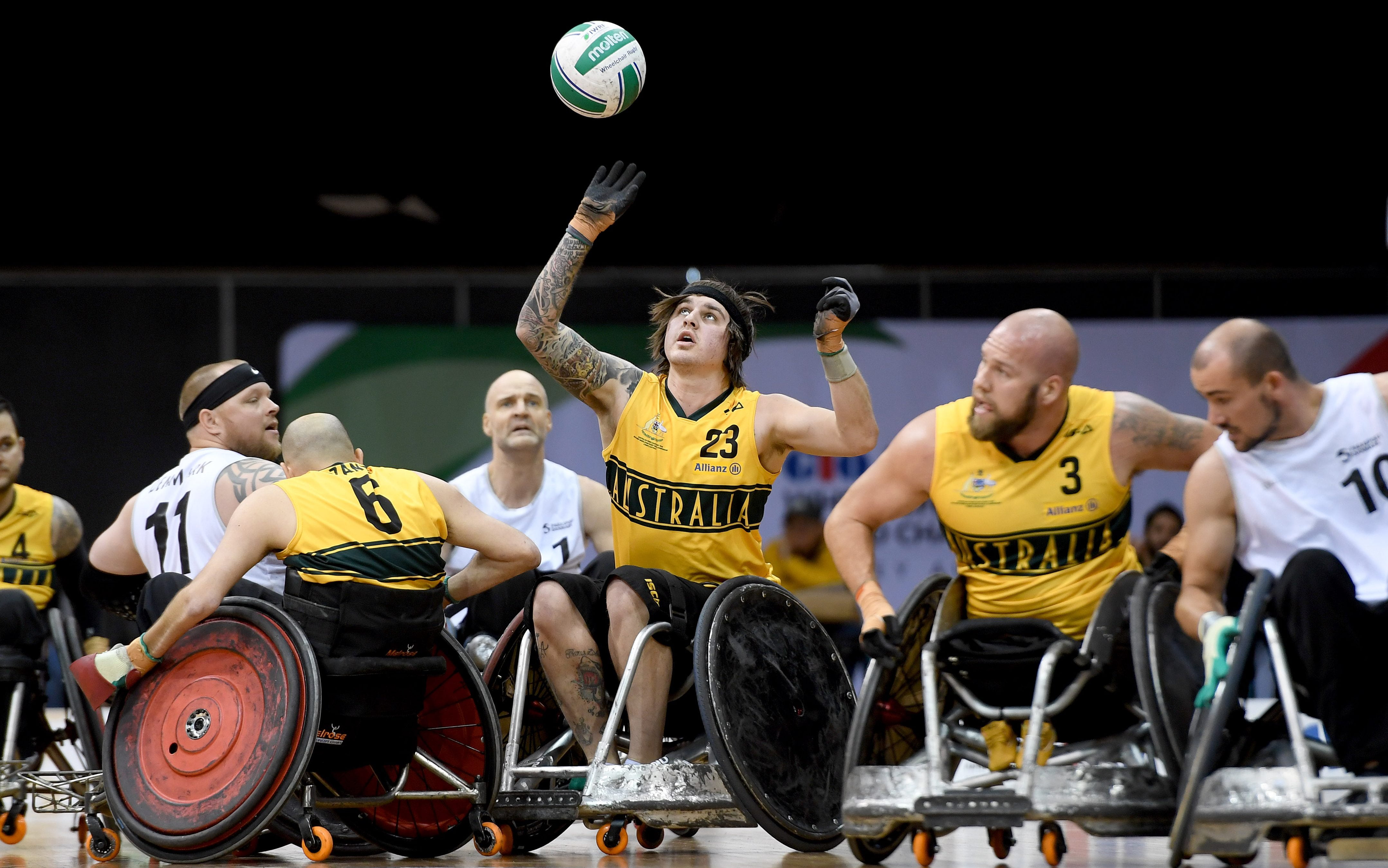 Having set the pace in Pool A so far – winning their first three matches against Sweden, Ireland and New Zealand – Denmark held high hopes of upsetting the home team to hold on to top spot.

But the Australians had other ideas. They raced to 16-12 at quarter time and never relented, leading by 11 tries at half-time which was the narrowest margin for the rest of the contest.

Once again, it was powerhouse skipper Ryley Batt (30 tries), who was the focal point for the Australian offence, while Chris Bond (15), Andrew Edmondson (eight), Jayden Warn (five) and Andrew Harrison (three) also crossed for tries.

At the defensive end of the floor, it was 0.5 players Ben Fawcett, Mick Ozanne and 2.0 player Josh Nicholson, dubbed ‘the Beast from the North East’ by his team-mates, who laid the platform for the victory.

Australian head coach Brad Dubberley said that while he was pleased to end Denmark’s winning streak, he conceded it was far from a flawless display.

“It was good to have a game like that because we didn’t want to get to the finals without having a battle and having to work for it,” Dubberley said.

“But I think the frustrating thing was we were probably a bit too slow to get to jobs that we were allocated and the communication on the court wasn’t there to the level we expect.

“All round, the guys were pretty much a par effort, where the last couple of days they were cruising above.”

Pleasingly for the Steelers, the 12-goal victory all but secures a semi-final berth.

Two more assignments lie ahead of them tomorrow. After they face Ireland searching for their first win at 10am, the Steelers and Japan will face off at 6:30pm for top position in Pool A.

The Australian captain said although complacency won’t be an issue against Ireland, the battle against Japan is the one that the Steelers will throw everything at.

“The next three days are the most crucial of this competition and it’s going to make or break us.

“We just need to make that we keep that intensity and that mindset for the whole game and not just half a game.

“We really want to control the game against Ireland and hopefully conserve some energy, even more than we did today.

“It might not be the most exciting game but at the end of the day, our priority is tomorrow night [against Japan], because a win will line us up a semi-final against second place in Pool B [avoiding the top qualifier].”

The Australian Steelers, sponsored by Allianz, face Ireland at 10:00am tomorrow, followed by Japan at 6:30pm at the GIO 2018 IWRF Wheelchair Rugby World Championship.