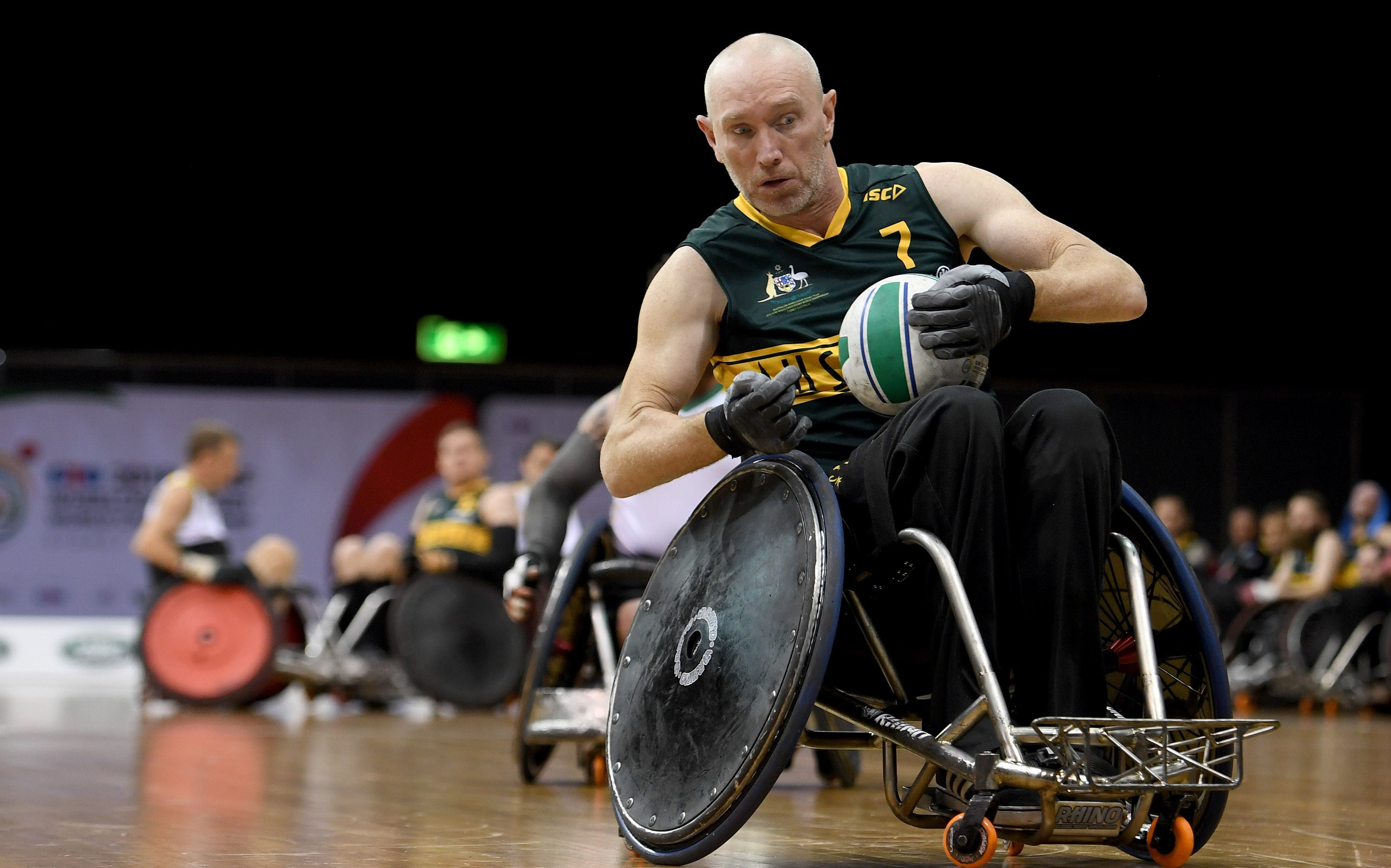 The Australian Steelers have demolished Ireland 70-44 today at the GIO 2018 IWRF Wheelchair Rugby World Championship to lock down a position in the semi-finals.

But their passage to the gold medal match will be determined tonight in their blockbusting clash against Japan, when top position in Pool A goes on the line at 6:30pm.

A semi-final tomorrow against Pool B runner-up Great Britain awaits the victor, while the loser in tonight’s clash will book an early appointment with top Pool B qualifier Team USA, widely regarded as the biggest threat to Australia’s World Championship defence.

The margin for error at this tournament has now diminished. Australian head coach Brad Dubberley knows it.

“Japan are definitely a powerhouse team and we’re looking forward to going to war with them again, we’ve got a lot at stake,” Dubberley said.

“It’s going to be a massive game against Japan, essentially the loser crosses over with the USA which neither of us want.

“The US is a great team. We believe we can beat them but at the same time if you can avoid a semi-final of that magnitude to make the final, you’re better off.

“So it’s a must-win against Japan for us, and essentially for Japan it’s a huge thing. We’ve had some big wars against them the last few years and they beat us at our last hit out at Canada Cup [in June].

The Australian coach saw plenty of signs that his side was ready for tonight’s challenge after they dismantled the Irish team appearing at their first World Championship.

After convincing wins over New Zealand, Sweden and Denmark to start the week, Dubberley rotated his bench and was impressed with the way any of his four players on court controlled the game when they got their chance.

With starting line-up stars Ryley Batt (27 tries) and Chris Bond (18 tries) featuring only in the first and fourth quarters, it was left to Andrew Edmondson (10 tries), Jayden Warn (seven), Andrew Harrison (six), Jason Lees (one) and Josh Nicholson (one) to ensure that the Steelers gave the Irish no respite.

“It was a step up from yesterday’s game [against Denmark], we were a bit more switched on,” Dubberley said.

“We’ve still got a few things to tidy up but I’m really happy with the way the boys are taking on the game plans and they’re doing as we’re asking.

“That’s getting the results that we’re after and you know, heading into Japan and then into the finals, who knows what’s going to happen.

“It was a good job to get the win today against Ireland. They’re here for their first major tournament, the World Championships and it’s a credit to them.

The Australian Steelers, sponsored by Allianz, face Japan at 6:30pm tonight for top position in Pool A at the GIO 2018 IWRF Wheelchair Rugby World Championship.